How will inflation across Europe affect offshore yacht charter and boat rental next year?
Published by Yachting.com - 01/25/2023

Inflation is topic that is currently shaking up society and yachting circles. How much will the costs involved in yachting be in the new season? To answer this, we have tried to map out how the price trend will affect yachting, boat rentals, marina prices and other services in popular yachting destinations. Plus, we find out how Croatia's switch to the euro on January 1, 2023 will impact pricing and offer advice on how to get a charter boat at the best price and with great conditions.

What boating costs are rising and how?

The fact that prices are rising is clear to all sailors. But in which areas will the price increase be most pronounced for boat rentals?

The inflation rate in October 2022 was a record 10.7% in the European Union, up to 13.2% in Croatia and 9.1% in Greece. We reached out to local charter companies and asked them if and how inflation or higher energy costs will translate into charter prices in 2023. Most agreed that charter prices will rise, on average, to the level of inflation. However, the yachting season is expected to be largely unaffected. The charter company Nautika Kufner reported: "Prices will rise for everything, including charters, marinas and fuel. Nevertheless, we expect a very good season."

But there will be some exceptions regarding price. The charter company Dalmatia Charter, for example, has decided to keep next year's prices the same as this year. The company believes this is an approach that will pay off. 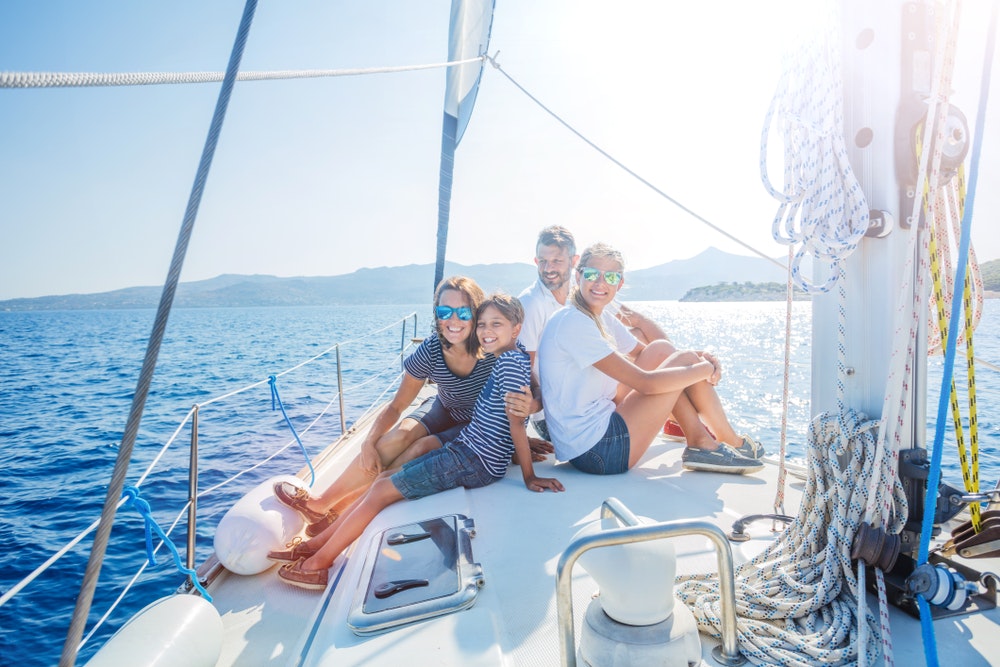 YACHTING.COM TIP: If you want to get a boat at the best price and conditions, take advantage of the Early Bird 2023 deals that apply to all destinations. And, for all bookings made by the end of 2022, yachting.com is the only company on the market to offer free security deposit insurance.

Take a look at the boats we offer

As far as the marinas and other services they provide are concerned, the situation is still quite ambiguous. While the representative of the Dalmatia Charter believes that "the prices of marinas will increase, although there will be no change in the services offered on site". The charter company Istion Yachting claims that it has no information that marina prices will change for the time being. Our guess is that there will probably be a 5–⁠10 % increase in price. 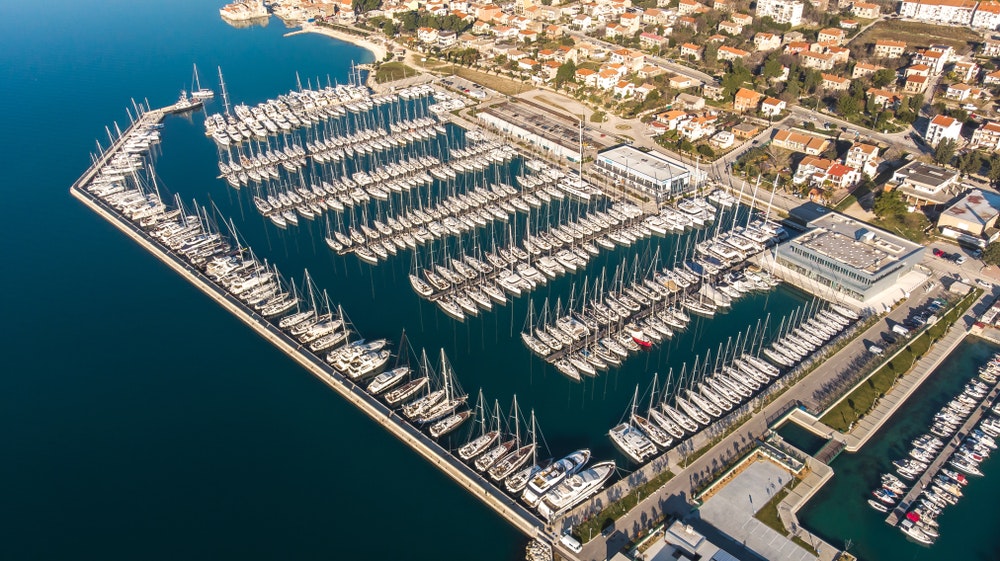 To be more specific, we have first-hand reports about prices this autumn from sailors who were there, which can be used as a reference. A berth at Kremik marina is 400 kuna (roughly 53 euros), on the island of Zirje 30–⁠50 euros and at ACI marina Vodice 89 euros. The exact price varies, of course, depending on the length of the boat. In the new Marina Medulin near Pula, a night for a boat up to 13 feet costs 101 euros (760 kuna) and it is said that prices will remain the same in 2023.

YACHTING.COM TIP: Are you worried about high prices for mooring in Croatia?  A slightly cheaper alternative is Greece! There are no or only minimal fees for mooring there and the sea and islands are truly beautiful. Check out our guide, Croatia vs. Greece. Which provides better sailing?, and see for yourself. If you need some advice on where to sail, you can find inspiration in our articles — Smooth sailing in Greece: 3 easy routes to choose from or Top 7 sailing destinations in Greece in 2023

Which destination will tempt you to sail in 2023?

The best sailing routes in Greece for you

Complete guide to yachting in spring

Ultimate guide to yachting in Thailand

11 places to snorkel and scuba dive in Thailand

Yachting in the Seychelles: ultimate paradise

The best sailing routes in Greece for you

Complete guide to yachting in spring

Ultimate guide to yachting in Thailand

11 places to snorkel and scuba dive in Thailand

Yachting in the Seychelles: ultimate paradise

YACHTING.COM TIP: Find out the total costs of a yachting holiday last year in our article — Yacht charter costs: how much can you expect to pay?

3. Prices in restaurants and shops

Rising energy prices are also slowly making their way into restaurant operations, although sailors have already been complaining about the increasing unaffordability of Croatian restaurants for the past two years. "We were last in Croatia in the last week of October and paying 100 euros for lunch for 4 people seemed quite a lot. Definitely more expensive than here,"  commented yachtswoman Jana.

Look for places with cheaper restaurants in less busy parts of the coast, hidden coves or smaller towns. In terms of countries, restaurants in Greece, Turkey and Italy are all reasonable value for money.

All the people we spoke to agreed that food prices in shops have not significantly risen yet since peak season. Tereza, who lives in Croatia permanently, confirms that "it hasn't gotten so expensive that you would notice it at first glance in the store..."

A significant part of the cost of a sailing holiday is of course the transport to the destination. With the increase in energy prices, airfares have become more expensive, but it is no better in regards to travelling by car.

You can get a better price on flights if you book well in advance. A very popular way of getting to Greece is by air to Athens and in peak season, well run regular charter flights to the most well-known tourist spots (such as Rhodes, Kos, Paros, Lefkada and Corfu). From there to the port you can take a taxi or rent a car. The same is true for Croatia, where there are flights to all the most popular yachting hubs: Split, Zadar, Dubrovnik and Pula. 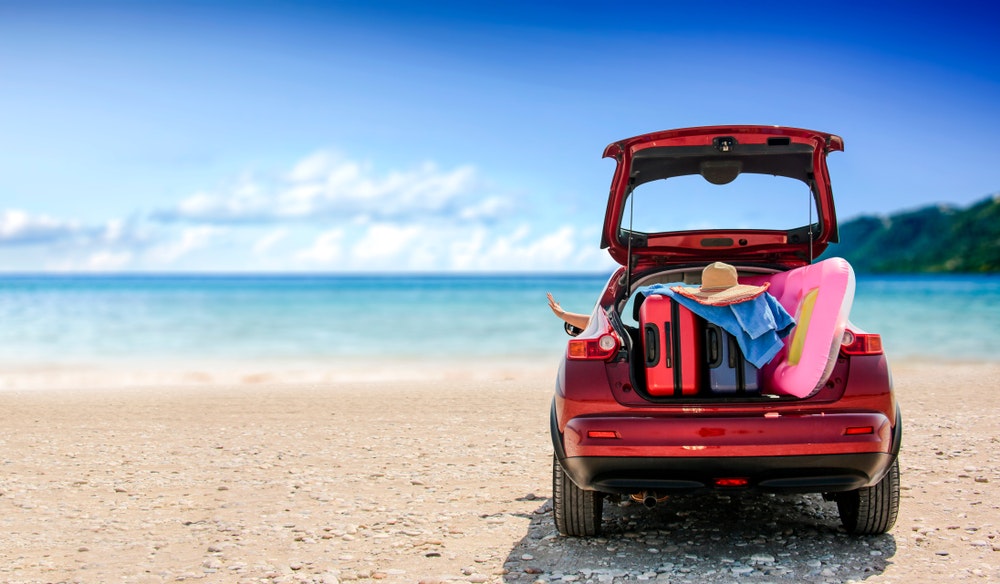 As alternative transport, some sailors choose to drive. If you do, you have to take into account price increases too. The price in Austria and Germany is over 2 euros per litre. And the price of petrol has also risen in Croatia (in November 2022 petrol 11.58 kuna/l and diesel 13.19 kuna/l), Spain and Greece. Yachtsman Petr informed us that "the Brno –⁠ Sibenik –⁠ Brno route (app. 1.600 km) cost 10,000 kuna". This included diesel and motorway tolls.

Croatia, Schengen and the euro: how will prices change?

What sailors and tourists are most worried about in terms of prices is that Croatia will be switching to the single European currency –⁠ the euro –⁠ on 1 January 2023. You'll only be able to pay in kuna until about mid-January, but even then, expect that if you don't have the exact amount in kuna, the merchant will already give you change in euros.

Are prices on the Adriatic at risk of rising?

In most countries that have switched to the single European currency, the price level has increased slightly. According to financial experts, this possibility can neither be confirmed nor ruled out. Prices in Croatia have risen this year as they have everywhere in Europe, regardless of the adoption of the euro.

The Croatian government has taken measures against price increases after joining the eurozone by reporting double prices already six months before the adoption of the euro and or a strict ban on formal price increases for goods and services due to the adoption of another currency (this applies, for example, to rounding up). Customers and government inspectors will be able to report suspected breaches of these rules to the authorities and leaving those guilty to face heavy fines. According to the Croatian government, the exchange rate will be set at 7.5345 kn/euro.

We are monitoring the situation in Croatia in connection with the changeover and will bring you a detailed report on the situation at the beginning of the year.

Boats available for your adventures in 2023:

To get the best price and conditions for your yacht charter, take advantage of the Early Bird 2023 discounts that apply to all destinations. In addition, for all bookings until the end of 2022, yachting.com is the only company on the market to offer free deposit insurance.
–⁠ Take advantage of low Early Bird 2023 rates that won't be repeated.
–⁠ Get free deposit insurance from yachting.com.
–⁠ Try other destinations such as Greece, Turkey, Montenegro or Italy. Prices here are lower than in popular Croatia.
–⁠ Search by price in our portal or get advice from our sales team on which boat will work out cheapest.
Croatia will change over to the euro on 1 January 2023.
From 1 January 2023 to 31 December 2023, you will be able to exchange Croatian kuna (banknotes and coins) for euros at all Croatian commercial banks, at branches of the Croatian Post Office (Hrvatska pošta) and at branches of FINA (Financijska agencija). You will be able to exchange a maximum of 100 banknotes and 100 coins per transaction at no charge.