7 of the biggest myths about sailing — did you believe in them too?

We have taken a look at some of the most common myths and rumours circulating among people regarding sailing and chartering boats.
Published by Yachting.com - 09/05/2022

There are many untruths surrounding sailing, boats and life at sea. Let's take a look at the best-known ones and set the record straight. What are newcomers unjustifiably afraid of?

1. Yachting is only for the rich

People who have never rented a boat at sea often mistakenly believe that such a holiday is only for billionaires. This can be attributed to Hollywood films, in which the typical yacht passenger is a rich businessman, or James Bond and his beautiful Bond girl. In practice, however, this does not have to be the case at all.

Similarly to hotel accommodation, there are boats of different classes and levels of luxury. Renting a regular charter boat may not be a cheap affair, but if you calculate the price per person (depending on the size of the crew), such a holiday can end up being cheaper than staying in a hotel by the sea. In our article Yacht Charter Costs: How Much Can You Expect to Pay?, we have listed the total costs of a charter boat cruise in the most popular sailing destinations — Croatia and Greece. If, on the other hand, you want to be pampered, you can indulge in total luxury in the form of an all-inclusive holiday for discerning clients. 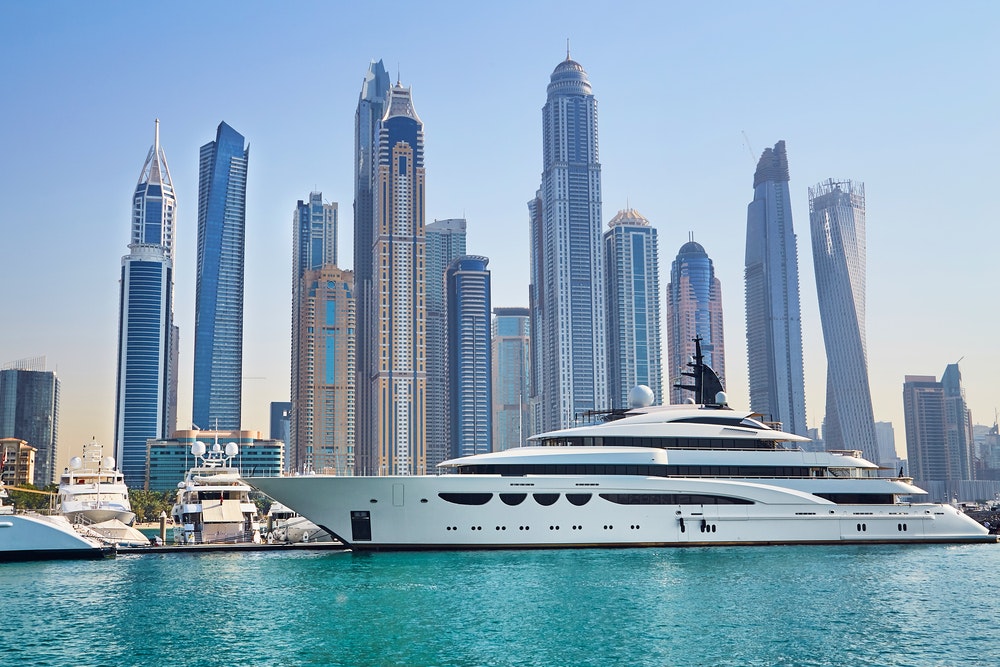 Yachting is available to everyone, but as with hotels, you can indulge in different levels of luxury

Generally speaking, if you want one of the most expensive boats, search for larger catamarans or motor yachts such as the Ohana or Azimut Grande 27). Conversely, if you're looking for something more affordable, look at smaller sailboats with an older date of manufacturing, such as the Sun Odyssey 30i or Harmony 38, but expect it to be worn or possibly defective.

YACHTING.COM TIP: Stop restricting yourself to crowded beaches and experience ultimate relaxation — on a boat. It's much easier than you think.  Read our article "9 Reasons Why a Boat Holiday Is Better Than Staying At a Hotel" for more information!

One of the most common fears amongst new yachters is that they will get sick on the boat. Unfortunately, we can't completely rule out the possibility that this will happen, because even experienced sailors get sick to their stomachs sometimes — albeit during more challenging passages. However, almost 99 % of people experience no motion sickness when sailing around islands in the Adriatic or Mediterranean. What's more, children, who parents tend to be most worried about, often tolerate sailing better than adults.

YACHTING.COM TIP: If you are also afraid of seasickness, pack Dramamine or Scopolamine (prescription).  For tips on how to avoid seasickness and how to help when  it does occur, see How to Cope With Seasickness.

3. Waiting until the last minute pays off

On the contrary! This is a mistake that an increasing amount of sailors have been making in recent years. Following the pattern of traditional travel agencies, they wait until the last minute with their bookings and are unpleasantly surprised when prices haven't dropped and they aren't left with many options.

The truth is that there is a limited number of boats and in popular destinations, the best ones start disappearing very quickly. So the longer one waits, the fewer options one has for sailing later in the season. In May, for example, all the summer options on the Adriatic are already sold out. It is a shame to have to tell our clients that there are simply no more boats and we basically have nothing to offer them.

If you don't want to be in this situation, we recommend taking advantage of the first offers, which begin popping up towards the end of September. This way, you can save a great deal of money, get some of the extra services or amenities as a bonus and, most importantly, choose the boat you really want that best suits your needs. 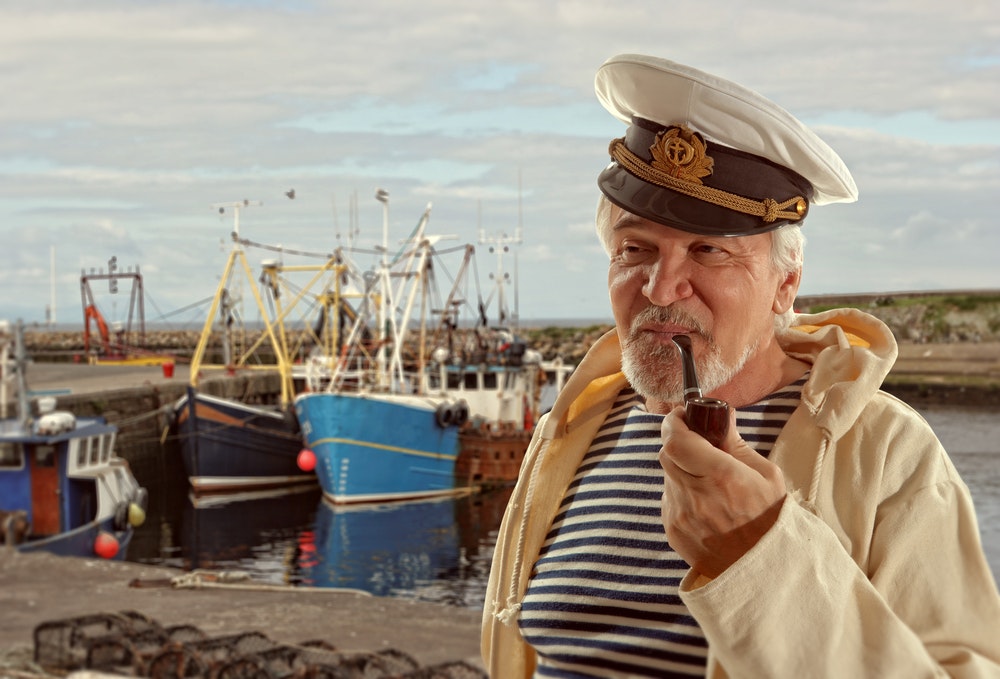 The stereotypical image of a captain is an older man with unkempt hair who smells of fish, drinks rum, smokes a pipe and exclusively wears striped shirts. While this is true of Jack Sparrow, Captain Haddock, or other heroes in books and movies, it isn't an accurate representation of captains in real life.

While many wear stripes on deck from time to time, the rest of the aforementioned characteristics are miles away from what today's captains look like. For one, there are plenty of women amongst owners of captain's licenses, disproving the notion that only a male can stand at the helm. (After all, as the article Women Aboard: The Most Famous Female Sailors of All Time shows, this has always been the case). Secondly, one's appearance can be cared for on a boat, similarly to at home, so if someone's hair resembles seaweed, or they've got a foul odour, their stay on a ship is not to blame... Likewise, smoking on board is something most captains don't like to see, rather than encouraging their crew to smoke. And lastly, though rum is the drink of sailors, you won't see a drunken captain at the helm.

Sailing, on the other hand, is a great form of relaxation and sport for anyone who is looking for something new and enjoys travelling — men, women and children included. Try it too and read our article 5 Reasons to Get Your Skipper License.

YACHTING.COM TIP: Did you know that Albert Einstein, who never learned to swim, and US President John F. Kennedy were enthusiastic sailors ?

Take a skipper's course with us and set sail on your next holiday.

5. Small children do not belong onboard

"You know, we have two small children, a boat holiday just isn't for us ." A common myth, but the opposite is true. Children enjoy being on a boat much more than adults, and when it comes to the waves, they become accustomed to them much faster and more easily than their parents. We know what we're talking about, our kids have been sailing since they were little.

A boat holiday opens up new horizons, brings novel experiences and memories that will last a lifetime, all while teaching children invaluable lessons about teamwork. You can find out how to make sure everyone in the family enjoys the cruise in the following articles: With Kids On Board: 4 Essential Tips for Smooth Sailing and Kid-friendly Sailing Destinations: a Fun-filled Daily Itinerary. 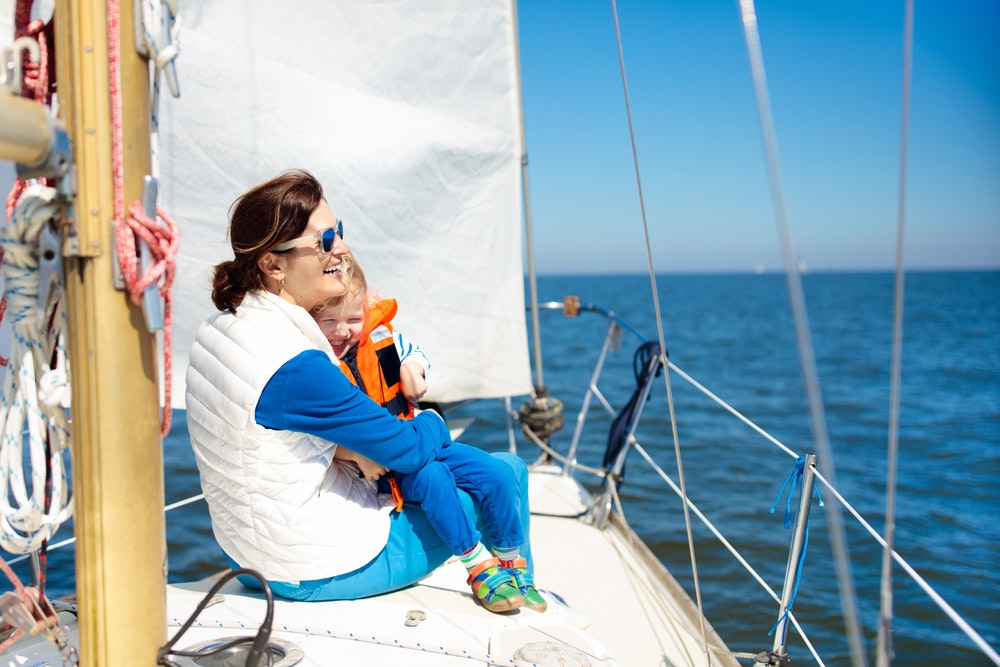 YACHTING.COM TIP: Whether you are going on a boat with your own children or with the children of your friends, you need to make adjustments to the cruise and the boat to ensure that everything goes smoothly and above all — safely . The rules you need to follow and tips to make life on board with babies and toddlers easier — Sailing With Kids: How to Keep All of You Safe and Happy.

6. There is little space on the boat

If you live in a family home and are used to several floors and rooms, then the boat may seem smaller than your home. But don't expect a claustrophobic dungeon. On the average boat you will find, besides a few cabins, a saloon with a galley kitchen and toilets and bathrooms with running water.

It depends on the type of ship, of course, but most cruise ships offer enough space to spend a week or two with several people on board without getting cabin fever. Plus, when the weather's nice, there will be few people hanging around inside. Almost everyone would prefer to sit in the cockpit, lie on the bow or take a dip in the sea. The new Hanse boats or catamarans, for example, are very comfortably designed.

7. The sailboat will lean and capsize

A myth probably stemming from action movies in which sailing ships capsize easily and survivors struggle to get out. In reality, these situations do not occur. Modern sailboats at sea can heel over to the point of dipping their a mast in the water, and even then, don't capsize. Definitely don't try it yourself, but if worst comes to worst, a sailboat is essentially an unsinkable vessel. Unless you punch a hole in the hull, hit a rock, or somehow get water inside. On the other hand, the dreaded heeling of the boat is quite common for newcomers, and occurs mainly when sailing head-on or during head-turning courses.

YACHTING.COM TIP: There's a lot that can surprise you on a boat, both pleasantly and not, but you won't get lost with our guide for sailing novices.  Read our articles: First Time on a Sailboat: 10 Things You Need to Know Before You Depart and How to book a boat for the first time.  To help you slip easily into life on a boat, it pays to know yachting etiquette. 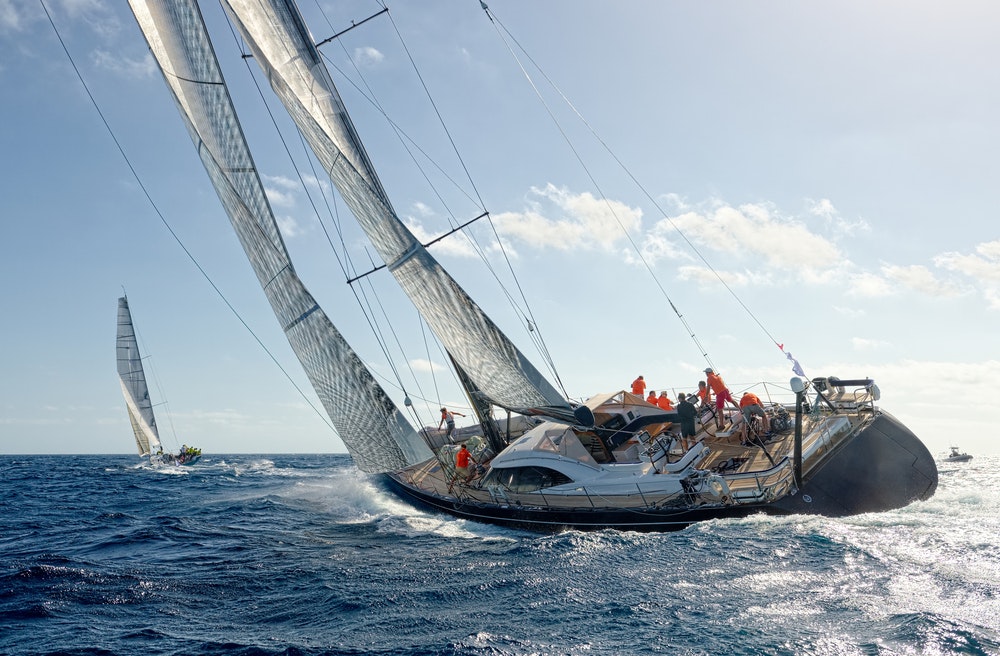 Has the article convinced you to go on a cruise? Together we can select the ship of your dreams. Contact us!

FAQ The most common myths about sailing

Charter boats start at 600 euros per week and there is virtually no upper limit. The most luxurious yachts cost tens of thousands of euros per week. But most clients rent boats in the range of 1,500 to 4,000 thousand euros per week. The price is also determined by whether the charter is in or out of high season. Read more in the article Yacht Charter Costs: How Much Can You Expect to Pay?
Yes. In fact, most families do. For children, being on a boat is an unforgettable experience and we guarantee that they will enjoy a holiday spent on the water. However, it is important to keep them safe.
It is physically possible, but very difficult to do in practice. That is why sailing boats are among the safest boats. Their keel prevents capsizing. The main danger lies in colliding with another boat or hitting a rock.