How to cope with seasickness

Every sailor gets seasick at some point. How can you prevent it and what to do if someone on the boat is suffering from it?
Published by Yachting.com - 04/22/2022

Getting seasick is not only a major worry for novice sailors, but also holidaymakers on a boat trip. But the truth is, it even can affect experienced sailors for time to time. Those with a darker humour say it has two phases — in the first phase you become so sick you're afraid you're dying, and in the second, you're afraid you're not going to. The important thing, though, is to understand why it happens and try to prevent it. So, what works best?

There are 3 groups of people:

Unfortunately, until you actually sail, you won’t find out which group you belong to. Hopefully, you’ll be in the first group, but even if you aren’t, there are ways to prevent it or at least alleviate it. Some people swear by certain remedies, while others claim they are a mere placebo. It's up to you to try them out and see what works for you.

What are the symptoms of seasickness?

Commonly it is nausea and vomiting accompanied by headache, vision problems and low blood pressure. But kinetosis (motion sickness) can also manifest itself with excessive salivation or sweating. Generally, the affected person becomes weak, drowsy and very pale.

Why do people get sick at sea?

The fact that a person gets sick as soon as the boat begins to rock is the result of contrasting sensory perceptions that the brain does not know how to process. Kinetosis occurs when the brain perceives motion (for example, through the muscles that compensate for the rocking of the boat), but at the same time (especially below deck) receives visual input that it is stationary. These two perceptions contradict one other, confusing the brain, leading to the release of too much histamine and activating the vomiting centre. It takes two to three days for the brain to get used to the sea and sometimes it never does.

Below we'll be introducing you to some tips on preventing seasickness, but of course there are also medical treatments. There are many types of tablets and chewing gums that can help against motion sickness, such as the Kinedril. Antihistamines help well against nausea, but they can cause drowsiness. Diphenhydramine and dimenhydrinate prevent the transmission of nerve impulses to the vomiting centre. Scopalmin, in turn, inhibits nausea and is available as patches. However, antiemetics often have side effects (most often drowsiness) or may interact with other medicines, so they should never be taken without consulting your doctor or pharmacist.

How to prevent seasickness?

Eat light meals, do not drink alcohol and sleep a lot. Unfortunately, this is the exact opposite of what most people expect from a yachting vacation.

Get some fresh air and look at the horizon

This age-old remedy is also a useful tip. If you are worried about getting seasick, stay above board as much as possible and enjoy the fresh sea breeze. It is also recommended that you stare at the horizon. This helps the brain combine the right image with the perceived motion.

Summer or winter, the open sea or sailing on the calm Adriatic? Both the season and the destination affect the likelihood of seasickness. It will be higher when sailing on the Atlantic, the US coast or the popular Caribbean, where storms often threaten in the autumn. Even the Mediterranean is more turbulent in winter than in summer. The more sheltered the sea, the smaller the waves and the smaller the sway. 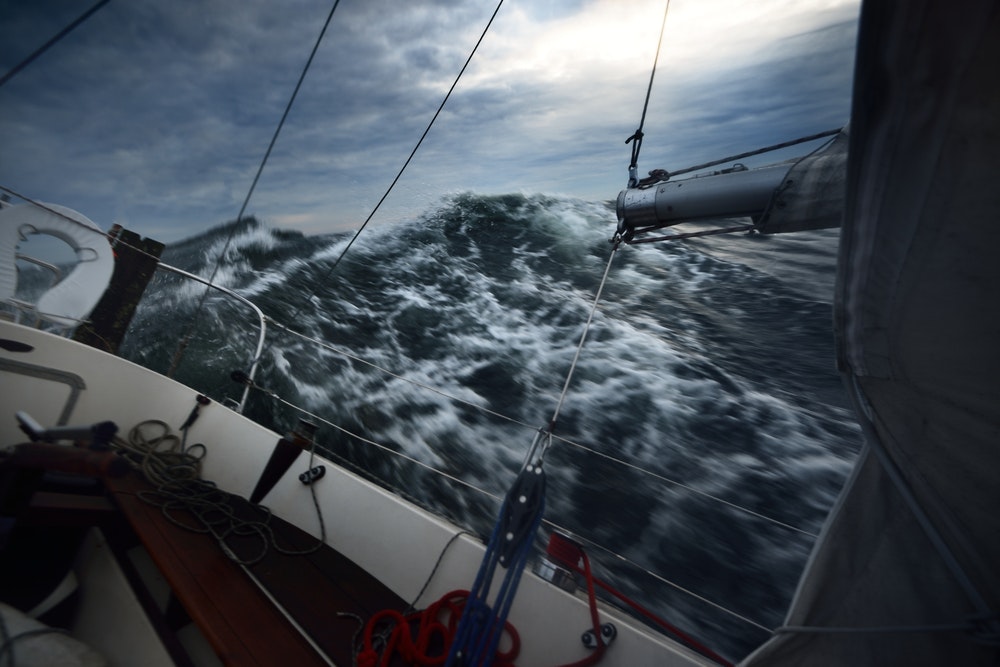 Looking at the horizon can get tricky, but is good to practise

Choose the right cabin – where is the boat rocked least?

If you can choose a cabin and you are worried about getting seasick, prioritize cabins in the middle of the boat, which rock much less than cabins at the bow or stern. If the boat does not have a middle cabin, choose a cabin at the stern. Bow cabins are most exposed to the motion of the sea. If a cabin with a window is available, it’s better than a cabin without. If you are experiencing acute nausea or dizziness, looking out the window at the horizon can help.

YACHTING.COM TIP: As far as the type of boat is concerned, catamarans are the most stable at sea, and therefore rock the least (depending on the weather, of course). Check out our range of catamarans.

What to do when seasickness has already struck?

Create your own horizon

Are you feeling so terrible that you can't get out of your cabin and don't want to go on deck at all? Try simulating the horizon with an ordinary bottle partially filled with water. Lay the bottle on its side and stare at it. The water will move according to the rocking of the boat, thus soothing your disoriented senses. 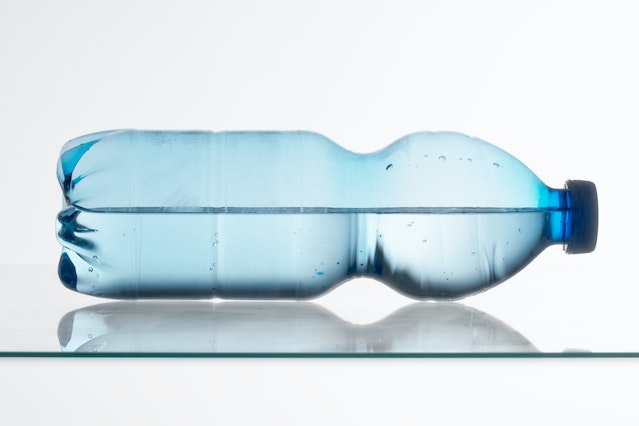 A simple but handy trick

If looking at the horizon doesn't help, simply turn off your visual senses. If darkness reigns around you, the visual sensations will disappear and the brain will only perceive the swaying. In addition, it increases the likelihood that you will fall asleep, which of course helps against nausea as well.

Ginger and other remedies

A lot of people swear by ginger when they have a cold or suffer from nausea. Even ancient sailors used ginger as a remedy for motion sickness. Cut it into small pieces and chew it or buy candied ginger. Although there are no modern studies to confirm the effects of ginger, it can’t hurt and belief is a powerful thing. But pay attention to the maximum daily dose, which is 4 grams for fresh ginger. If you ingest too large an mount, symptoms of overdose may appear and paradoxically one of them is nausea. Inhaling peppermint oil is also a popular remedy, especially in Asian countries. You can also try mint tea. 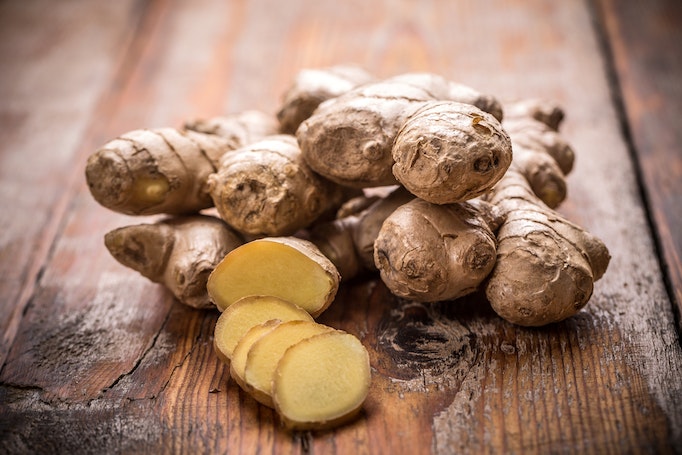 For some, ginger is an essential piece of kit

Acupuncture and acupressure may also be prove handy. While you probably won't need to actually insert needles into yourself while sailing, acupressure bands can be easily worn on the wrist and purchased online. They put pressure on certain pressure points to relieve nausea. 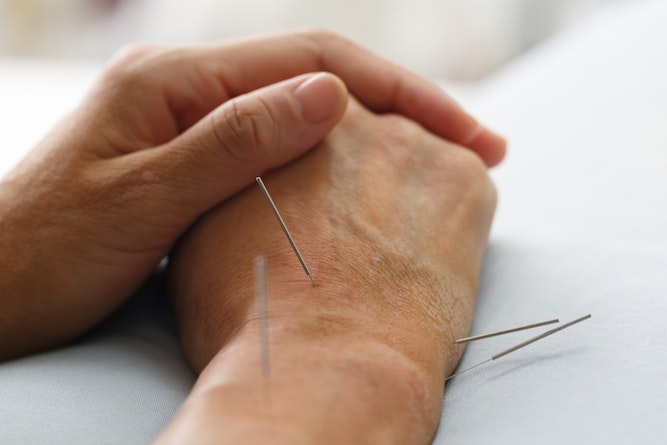 Acupuncture done by a professional can be a powerful tool.

YACHTING.COM TIP: A boat holiday is always a unique experience, but even there you can be caught out by other ailments and illnesses besides seasickness. To find out more, check out our article on how to deal with illness while sailing and administer first aid.

What to add in conclusion?

Take care of yourself. Remember to drink enough clean water (especially when vomiting, to prevent dehydration), do not eat foods that are too fatty, but also don't go swimming on an empty stomach. Do not smoke. Consume alcohol in moderation so you won’t confuse a hangover with seasickness. Wear a hat or cap to protect yourself from the sun and strong winds. Also, don't forget your sunglasses. Take a deep breath and try not to worry about it before you set sail. There’s no point in being scared to death and there is such a thing as mind over matter. If you believe you're going to get seasick as soon as you board, it will almost definitely happen. Try to stay positive and remember that even if you feel a little sick, it's still worth it. After all, even great seafarers sometimes get seasick, so you certainly aren't alone.

Don't worry about seasickness, I can find you the perfect sailing vacation.

Kinetosis (motion sickness) occurs because the brain perceives movement, but this movement is not seen (especially below deck). As these two perceptions are contradictory, the brain releases too much histamine, activating the vomiting centre.
It can take two to three days for the brain to get used to the sea, but occasionally it never does.
Even ancient mariners used ginger as a remedy for motion sickness. However, there are no modern studies to confirm its efficacy.
The cabins in the middle of the boat are preferable. If there is no middle cabin, choose the aft one. A cabin with a window is better than one without.