Yachting etiquette from A to Z

Yachting etiquette includes a number of rules and customs. Master them with our handy tips.

Like a social event, there are written and unwritten rules to follow on a boat and in the harbour. It doesn't matter if you're sailing with a group of friends, racing or a lone sea dog, everyone should know the basics of sailing etiquette. Do you know the basic rules and customs on a yacht?

Sailing, boating, yachting and all ways of navigating the waters have a very long tradition. Over this time, rules have evolved about how to behave on boats and in harbours. Most of these rules have a practical rationale to ensure a smooth and accident-free voyage, whilst others are rather ridiculous nowadays and stem from the superstition of ancient sailors venturing into the unknown. Still, some of these are worth heeding as well and you should never needlessly try the patience of Poseidon or Neptune.

In general, yachting etiquette can be divided into two main categories. The first is behaviour on board when sailing and the second is etiquette in port. Sub-topics include observing the applicable rules of yachting, the correct placement and display of flags and greeting crews of passing yachts.

YACHTING.COM TIP: Before every voyage, pay your respects to Neptune by pouring a small amount of alcohol in the sea. Superstition though it may be, no one wants to antagonise the King of the Seas. Also, don't whistle on board. They say it disturbs the souls of dead sailors, who will retaliate with a foul wind. Do you know all the patrons who have protected sailors and seafarers for centuries?

Our range of boats 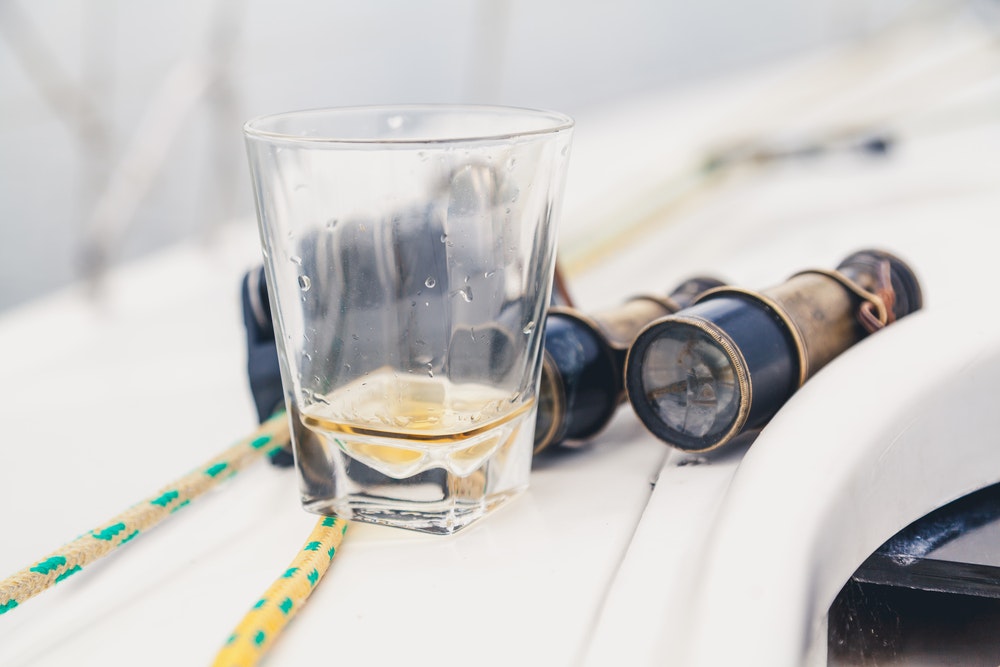 How to behave on board when under sail

The first and most fundamental rule is that the captain always has the final say. They are responsible not only for the boat and the smooth running of the voyage, but also for the whole crew. In addition, a yacht provides a relatively limited space in which a group of people must get along together. If a conflict arises, which is not uncommon in tense situations, the captain acts as the chief arbiter and conciliator.

Next, during the voyage, the crew should not stand on deck unless absolutely necessary. Either crew members are on deck as part of manoeuvres, sitting on deck, acting as a so-called 'live ballast' when the ship is heeling, or resting in the cabin. This rule is purely practical. A standing crew member could obstruct the helmsman's view of the boat and its course, and there is also a risk of losing balance and falling overboard.

An experienced crew should also never, as a matter of yachting etiquette, have fenders out of the boat along the sides or have ropes and lines dragging in the water. Aside from the fact that loose ropes and untidy fenders hinder the boat, it shows an ignorance of the basic rules of sailing that is an embarrassment to the crew.

YACHTING.COM TIP: A skipper's licence is required to operate a boat at sea. Unfortunately, unlike a driving licence, there are several options — how do you choose the right one? If offshore sailing appeals to you, try our Academy where you can get a C skipper's licence or a Royal Yachting Association RYA licence.

Go to the Academy

How to behave in port

There are two main areas of yachting etiquette in the harbour. One is the arrival of a sailboat or ship into the harbour and the other is behaviour on the moored ship and ashore. This is where you need to be well versed in yachting etiquette, as the eyes of experienced seafarers will be watching you and they will be able to tell at a glance how experienced and knowledgeable your crew is. There are many rules, but above all — consideration for others is fundamental. Never get in anyone's way and only do what you wouldn't mind from others. 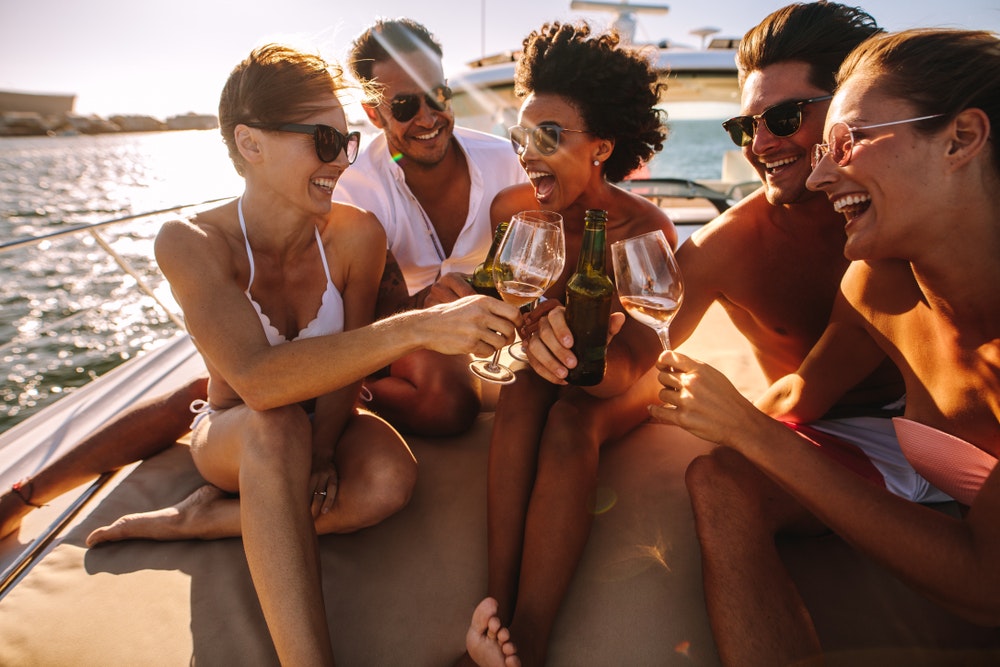 The boat should always be in top condition when in port. This means a tidy deck, properly packed sails and furled lines, and an overall orderly appearance. Different shoes should be worn on deck than ashore, or at least shoes with white soles and only after checking that there are no stones stuck there that could scratch the boat. 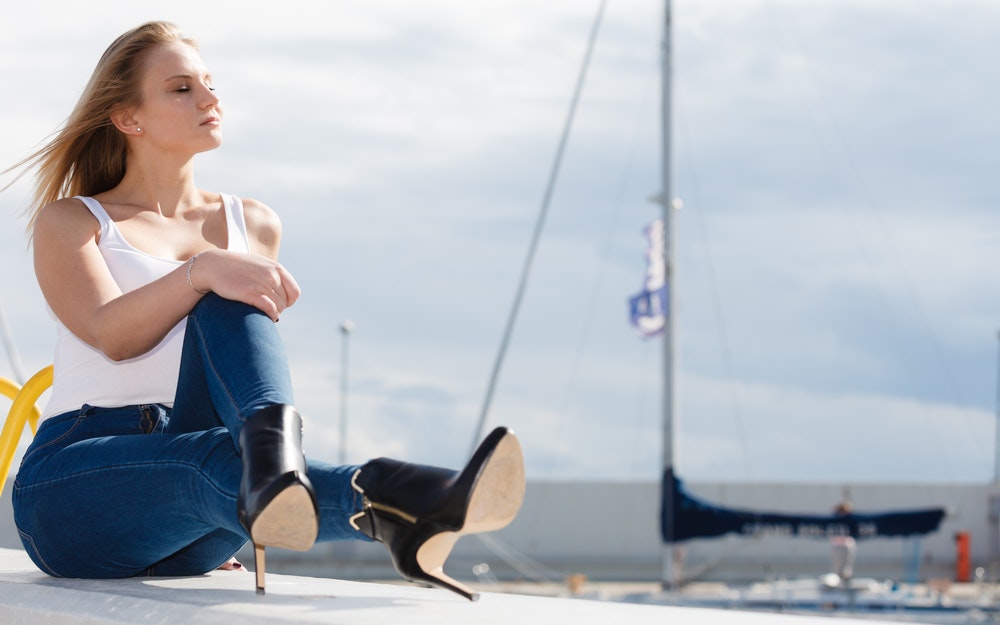 Yachting etiquette in port also includes camaraderie and empathy. No one will like a crew that is unhelpful to others in distress, loud late into the night, disrespectful of marina rules and regulations, disrespectful of service, and otherwise out of step with other customs, including local ones.

Sailing flags, greetings and other wisdom

Not only should an experienced crew know how to behave during a voyage and in port, they should also understand other written and unwritten customs. It certainly pays to know the flag alphabet and the location of yachting flags. A yacht should always carry the national flag of the country where it is sailing, the flag of its country and possibly the flag of its yacht club. For each type of boat, the placement of the flags varies. Generally, however, the national flag is placed at the stern mast, the courtesy flag goes under the starboard spreader or from the leech with the placement of the club flag being relatively arbitrary. 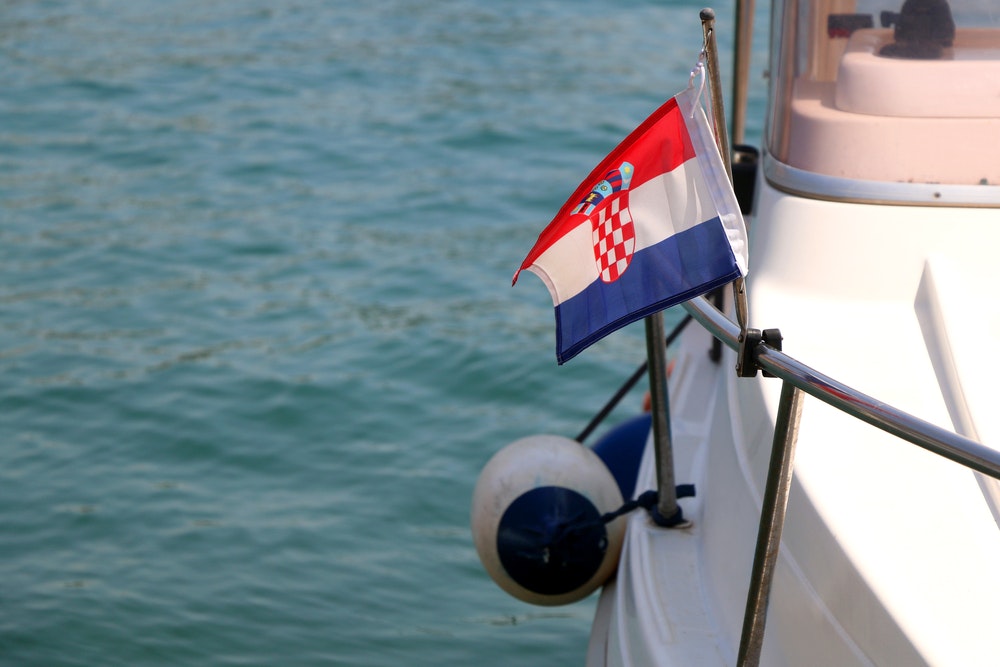 Sailors use specific jargon which is true in greetings, where there are two common ways. On smaller boats, helmsmen greet each other with a shout of "Ahoy", while on larger boats a raised hand is sufficient. In both variations, it is always the helmsmen and never the crews who are saluted.

If you get your sailing clothes wet during the voyage or need to change your clothes in port, they can be dried on the line, rails or boom on the boat. However, it is essential to stow all laundry on board before setting sail.

There are many other rules and customs associated with yachting etiquette, but you should always know the basics first.

Despite all the rules, a holiday on a boat is an incredible experience. I will be happy to help you arrange it.