For many a sailor, the same questions come to mind every year. Where should I place the flag? Can it be a national flag? And how big? And how about flying a pirate flag? So let's clear this up and go over a few basic principles.
Published by Yachting.com - 08/11/2022

For many a recreational sailor, the same questions come to mind every year. Where should I place the flag? And how big should it be? Can I fly the national flag? At sea you’ll often come across a less experienced crew, who seem to have fully-dressed the boat, having decorated it with flags like a Christmas tree. So let's clear up the issue. It never hurts to go over the basic principles, which are actually very simple. So where does which flag belong and what do they mean? 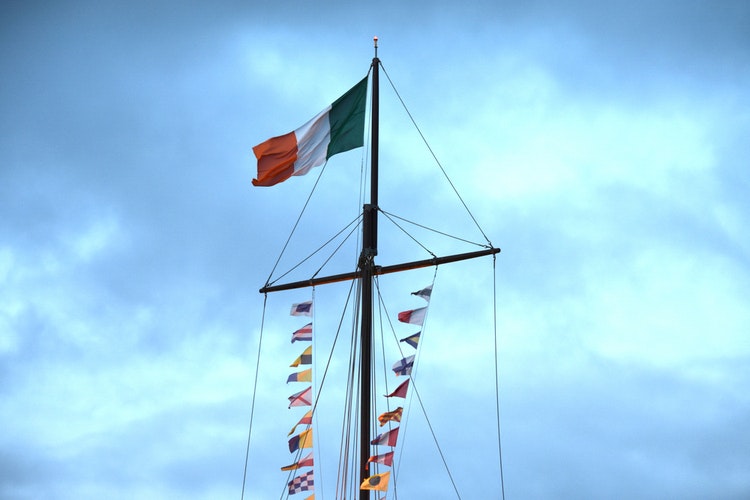 The place at the stern of a yacht is reserved exclusively for one thing:

This is the most important flag, which says the most about the boat and crew. This is because ships have the nationality of the state whose flag they fly under (this right is granted by the state together with the issuing of the relevant documents). Ships are then subject to the exclusive jurisdiction of that state on the high seas (which, of course, results in a number of interesting situations). Please note that on coastal seas, the law of the state whose waters you pass through also applies to the vessel.

Where is it flown?

At the stern, ideally on the flagpole (pushpit) or on the stern forestay (flying the flag depends on whether the ship is sailing or mooring). And it must be the largest flag on the ship

This flag should be flown in the correct manner from sunrise to sunset. It must always be hoisted first and lowered last. No other flag may be flown unless the national flag (ensign) is also flown.

How big should the flag be? According to the decree, the flag (if it is the ensign of a boat) should, for example, have a size of 0.75 x 0.50 m (on a recreational yacht). 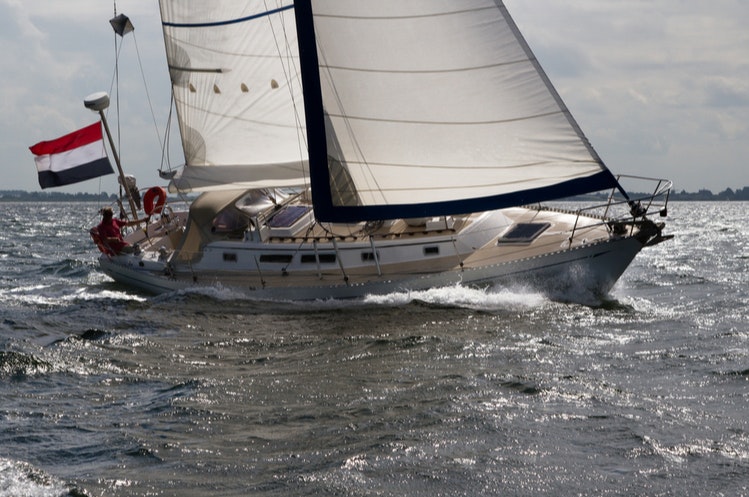 The starboard spreader is reserved for courtesy flags. They are flown immediately after the ensign and lowered last before it. What flags should they commonly be?

The flag of the state in whose waters you are sailing

It is placed under the starboard spreader and it isn’t just a courtesy to do so, it is a duty.

However, if you are sailing in Croatia on a Croatian ship, there is no need to fly a courtesy flag.

The yacht owner can also fly their own national flag on the boat. It can be placed on the starboard spreader, but if the owner deems it appropriate it can be flown on the port side, as it is a flag of lower importance (than the ensign).

The spreader is a mast reinforcement (between the mast and the shroud). It is placed on the mast perpendicular to the longitudinal axis of the ship (or points slightly to the stern) and is at right angles to the mast. 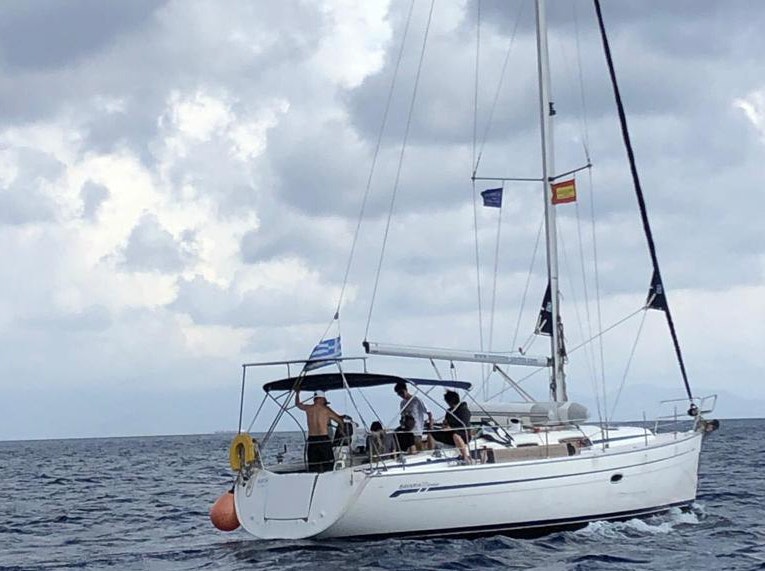 All other flags are flown under the port spreader. So what are the other flags you can fly on the yacht? 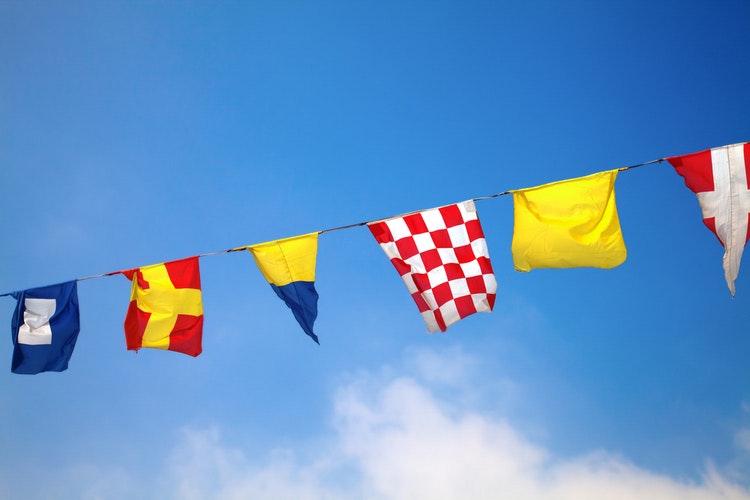 Yes, right here is the place for your own national flag when sailing in Croatia on a Croatian boat.

A burgee is a flag bearing the colours or emblem of a sailing club and should be flown from the main masthead. If this isn’t feasible it should be below the port spreader.

Flags of the nationalities of the crew members

Flags of the countries you’ve visited during the voyage, etc.

How large can the other flags be? They should always be smaller than the ensign. 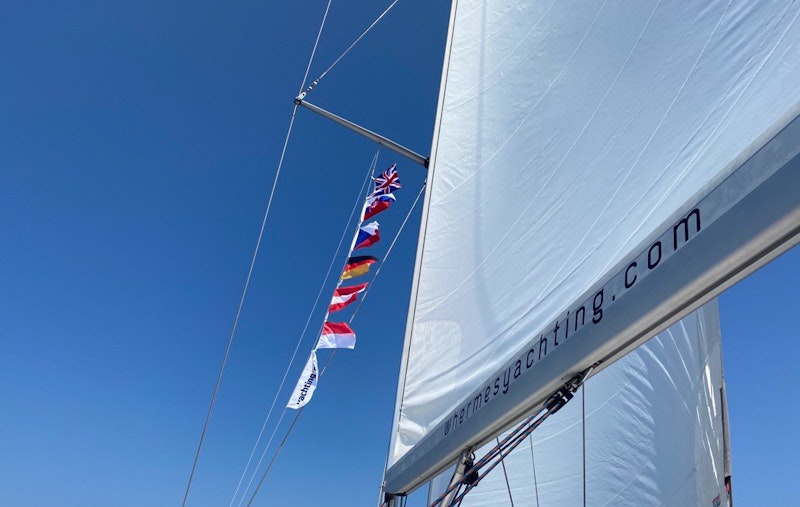 Can I fly a pirate flag?

The international agreement UNCLOS (United Nations Convention on the Law of the Sea) speaks for itself. Stateless ships, ships flying a foreign flag and ships refusing to fly their ensign may be detained and inspected by warships or civil service ships, even on the high seas.

So if you are flying under a pirate flag out of ignorance or innate rebellion :) (i.e. you hang it on the place where the ensign belongs) you definitely risk an interesting experience. But also be careful not to hang in less risky places, for example, where the burgee should be as there are places and ports where you could get a pretty hefty fine. 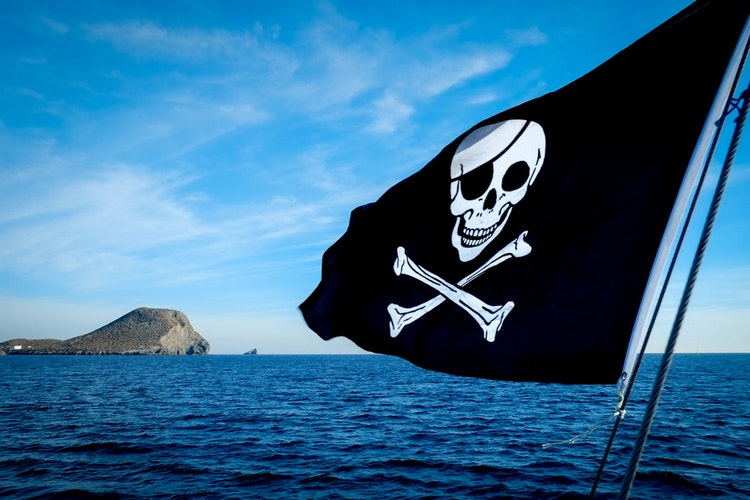 How to greet other boats with the flag?

A sharp shot from a cannon is a thing of the past. When ships meet, instead of a verbal greeting you dip the ensign. And after the same response from the other boat it can be raised again. But who greets who first? A merchant ship is first when meeting a warship, a smaller vessel of the same flag when greeting a larger one and when two merchant ships of the same type meet, it is the one with the more junior commanding officer.

When ships meet on the high seas, it is customary to add a port salute. Dipping the flag is accompanied by three prolonged blasts of the horn and the same response is acknowledged with one short blast.

Do you know what dressing the ship is?

Dressing the ship consists of flying national flags on top of the masts and stringing signal flags over the tops of the masts to connect the bow and stern.

When is dressing done? It is a sign of celebration and is done on national holidays. However it can it can be done in a lesser way at the order of the ship's captain on special occasions. The national flags are again placed on the tops of the masts accompanied by flying at least four signal flags from both ends of the mast boom.

Would you also like to set sail and enjoy an adventure at sea? Whether you want to sail under the Croatian, Italian or Greek flags, you’ll find everything you need with us.