What does Poseidon drink?

Do you pour a drop or two of alcohol into the seas before setting off, as a libation to the Gods? For the mercy of Poseidon or Neptune to provide a calm sea and a good wind?

No one knows exactly where this tradition came from or how widespread it is, but it's always nice to depart in a festive mood with a ceremonial speech from the captain.  Whether it's pouring alcohol into the sea, down the throats of thirsty sailors, or just staying for the speech, it doesn't really matter.

Although the captain must always remain sober (which was not always the case), drinking alcohol is somehow inherently connected to water, and maybe everyone has a bottle of something on board. But which beverage is best suited to a voyage at sea?

Of all drinks, rum is probably the most associated with seafaring. The origins of this lie in the traditions of the British Royal Navy. From 1655, the crew regularly received their dose of rum to prevent seasickness and other ailments. The rum ration (also known as a tot) for one sailor was up to 1 pint a day (almost half a litre) and this was the case until 1970, when it was eventually abolished. Gradually, pure rum was replaced by grog, which was rum served diluted with water and supplemented with lemon to prevent scurvy. The concept of being groggy, i.e. weak or unsteady, is also derived from the excessive consumption of grog on board.

When you hear the word “rum”, most people immediately think of the Caribbean. Local farmers grew sugar cane to produce sugar, which was highly valued in Europe in the mid-17th century. A by-product of this process was molasses, which fermented well and could then be distilled. So a real pirate of the Caribbean definitely has to drink rum, and would certainly not be scorned by Poseidon. But there’s definitely other drinks to consider.

Gin is always with tonic! And it is this combination that is most associated with seafaring. Juniper, which is in gin, has always been thought of as a remedy for heartburn, something that was very welcome given the consumption of spicy foods in the English colonies of the Far East. The quinine in the tonic was originally added as a prophylactic against malaria. As the tonic in its original form was extremely bitter, it was combined with gin and a slice of lemon (again to protect against scurvy). This created the perfect drink for voyages to India and other countries.

Gin is well known for being the favourite of the Queen Mother well into her old age. Originally, it wasn’t popular in royal circles but became widespread among the lower classes. It was distilled from grain and as it was not initially taxed, it became a relatively inexpensive way to get drunk.

It was not until the end of the 18th century that the British government finally ended this nationwide party with the Gin Act. The drink became significantly more expensive and eventually began to be consumed in the higher echelons of society. 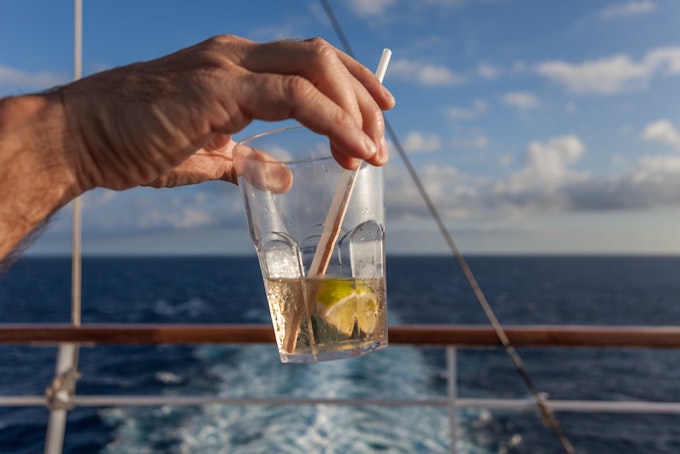 Whiskey is traditionally produced using water from peat bogs, giving the drink its unmistakable character and warmth. As it is often distilled on an island, to reach its customers on the mainland it has to cross the sea, making it another drink of sailors. It is best consumed in the early evening, reflecting the amber of a beautiful sunset. And without ice. 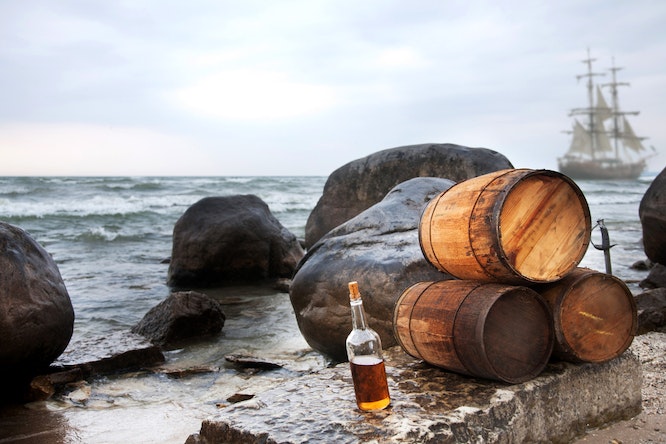 Were it not for the long voyage between England and Portugal, port would never have emerged! As a result of the Napoleonic Wars, Britain began to look for a new source of wine and took a liking to the robust wines of Portugal. Unfortunately the wines didn’t travel well until a trader came up with the idea of adding brandy to fortify it. Later pure grape spirit was added to the fermentation process creating the sweeter and stronger wine we know today, one which women are often quite partial to on board.

The essence of the Czech Republic! Traditionally homegrown plums are placed in barrels and left to ferment for about 6 to 8 weeks. The fermented fruit is then distilled at a temperature of up to 88°C. The double-distilled liquor has an alcohol content of approximately 32 to 76 %, depending on the initial sugar content of the yeast. Ideally, it is diluted to around 50–51 %, when the drink develops its characteristic taste and aroma. Although it has nothing to do with seafaring, it is perfect if us Czechs are struck by homesickness at sea. It’s also a handy addition to a ship's first aid kit, as a form of disinfectant. And if Poseidon is curious, he'll certainly be happy to sample what your uncle distilled.

Looking forward to drink with Poseidon and Neptun?

Want to drink with Poseidon? Let me know and I will find you a boat!