Famous as one of the most important scientists of the 20th century and author of The Theory of Relativity, not everyone knows that Albert Einstein was also a keen yachtsman. Considered a genius in physics, his boat handling skills were deemed poor, but sailing still remained a central part of his life.

"At the helm, Albert Einstein enthusiastically informs his friends of his latest scientific ideas. He steers the ship with the joy and ease of a child,“ wrote Rudolf Kayser, the author of Einstein's biography in 1930. In fact, Einstein himself maintained that sailing could help him completely let himself go and forget about the world. To what extent this was true is questionable, however, as he often set sail with a notebook and pencil in hand to scribble down his thoughts about the world and its workings.

His friends also acknowledged he was at his happiest when sailing, and that the experience of sailing helped him greatly to understand space and time, playing an invaluable role in his discoveries. 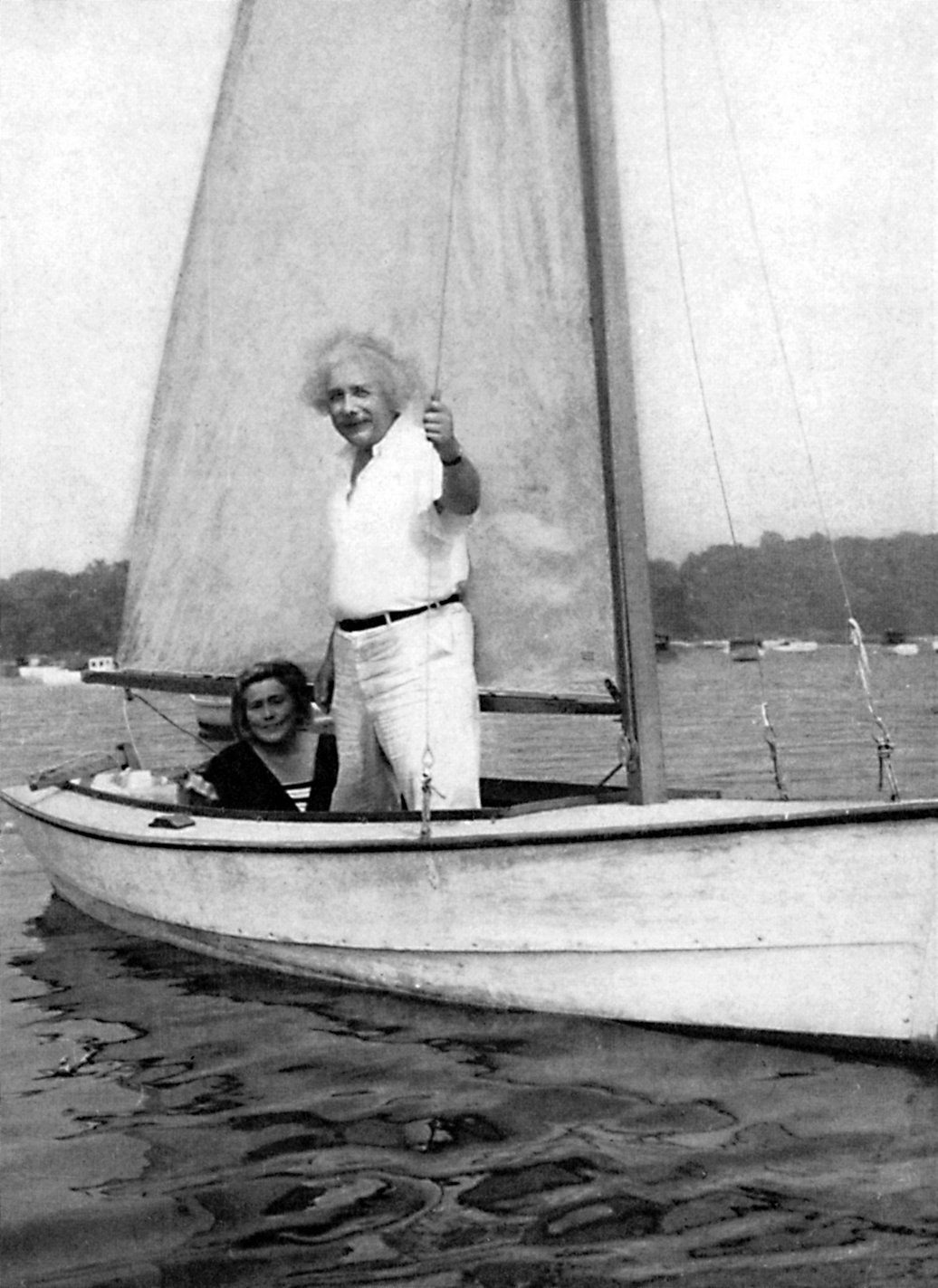 I would also go sailing

The yachtsman who couldn't swim

So what was Einstein like as a yachtsman? Well, he lost his bearings, often dropped his mast, sometimes ran aground, or nearly collided with other vessels. Having never learnt to swim and refusing to wear a life jacket, it's a wonder he didn't drown. One thing’s for sure, he had no shortage of adventures. But with Einstein, who earned a reputation as a terrible sailor, perhaps it wasn’t a question of skill, but more about taking pleasure in the unexpected, unhindered by caution.

Einstein began sailing when he was around 20 on Lake Zurich, with his crew often being the daughter of his landlady, Suzanne Markwalder. She later described that when the wind dropped and the sails sagged, Einstein took out a notebook and began scribbling away, "but as soon as there was a breath of wind, he was ready to start sailing again". By this time, Einstein was already writing letters to his friend of how he was working on a revolutionary theory that would one day change the "theory of space and time". 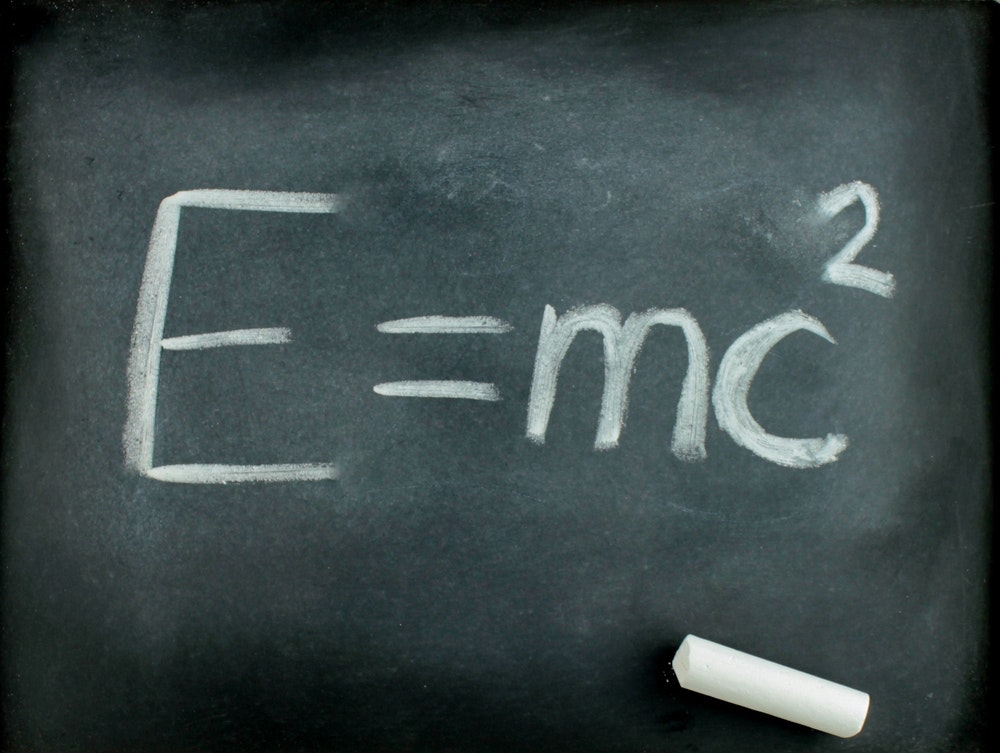 Einstein's love of sailing was such that in 1929 a group of admirers, including the American banker Henry Goldman, gifted him a sailboat on his 50th birthday. Built by the engineer Adolf Harms, the boat was named the Tümmler (translated as "Porpoise"): a 7-metre long, 2.35-metre wide shalup with a Bermuda sail, a movable keel and a 5 hp auxiliary engine. The sail layout, innovative for its time, comprised of a 16.05 m2 mainsail, a 3.95 m2 staysail and a 8.25 m2 jib. The hold consisted of a cabin with two berths. Nicknaming it "the little fat boat", Einstein loved the Tümmler and even wrote to the shipyard: "The sailing boat has my highest respect and also the respect of all the people who have been sailing with it. It combines a high degree of stability with a relatively high mobility and comfort for the operation.".

Simplicity was essential as Einstein had no interest in racing. In fact, he even hated engines which he considered far too complicated, reportedly even refusing the gift of an outboard motor (Einstein, after all, never learnt to drive a car, didn't learn to use a camera until he was in his 50s, and struggled to type on a typewriter). All he wanted was to travel. A dreamy and instinctive sailor who did not wish to spoil his sailing with too much technical knowledge. A sailor who was the scourge of coastguards, but for whom sailing was their greatest passion.

However, the joy of the Tümmler wasn’t to last long. When Einstein had to flee to the United States in 1933, the Nazis confiscated all his possessions. Einstein did attempt to get "the little fat boat" back, but without success – the shipyard owner feared reprisals and attempts to transport it were deemed far too dangerous. The "Porpoise" was eventually sold at auction, with records of it disappearing sometime in the mid-1940s.

Adventures in a new country

Even in his new homeland, Einstein continued his passion. His new boat was a small 5-metre sailing ship called the Tinef (the name comes from the German, which takes it from Yiddish, and means "something worthless") and it is from this time that his sailing failures are well known. In 1939, when working on his unified field theory, he rented a cottage on Long Island overlooking Cutchogue Harbour. Becoming friendly with the local store owner David Rothman, an amateur science buff himself and, like Einstein, an amateur violinist, they often spent their evenings playing chamber music together. Robert Rothman, David's son, who was 12 at the time, recalled in the New York Times that as a boy he remembered Einstein's rather characteristic hairstyle and strong German accent, as well as stories of his failed sailing trips.

One such trip was in 1944 when Einstein's boat struck a rock, filled with water and capsized while sailing on Saranac Lake in the Adirondack Mountains of upstate New York. Einstein was trapped under a sail with a rope tangled around his leg. Despite not being able to swim, he somehow managed to free himself and find his way to the surface to be eventually rescued by a motorboat. 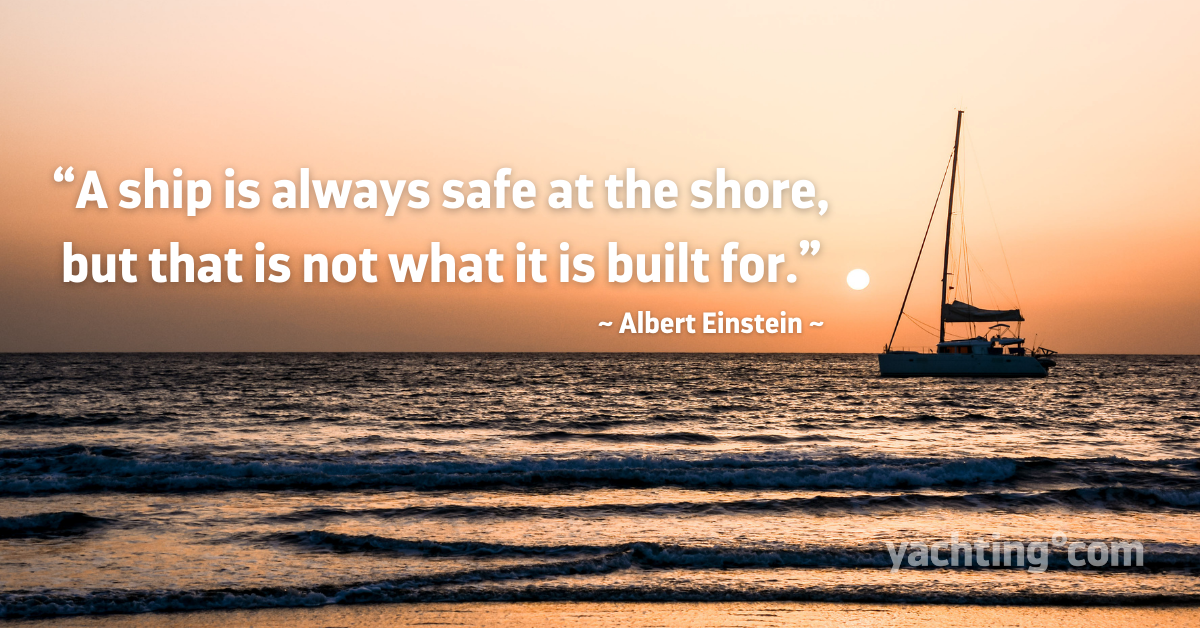 Many people dispute that he was a poor sailor and, in fact, Einstein knew exactly what he was doing. Not only that, they point to the fact that despite being a non-swimmer, during the accident in 1944, he had still managed to free himself without panic. Preferring to follow the coast and stay in calmer seas, it never occurred to him that he wouldn’t be able to find his way home. Seemingly, his failures were mostly attributed to taking far too many risks. Ronald W. Clark, in his book Einstein: Life and Times, reveals that Einstein regularly showed indifference to danger or death and was so fearless in the face of inclement weather that "on more than one occasion he had to be towed away after his mast fell". Another reason was likely his perverse delight in the unexpected. As Einstein's friend Leon Watters recalled, on one voyage together "while we were engaged in an interesting conversation I suddenly cried out ‘Achtung!’ for we were almost upon another boat. He veered away with excellent control and when I remarked what a close call we had had, he started to laugh and sailed directly toward one boat after another, much to my horror; but he always veered off in time and then laughed like a naughty boy". He was equally pleased if he ran aground. 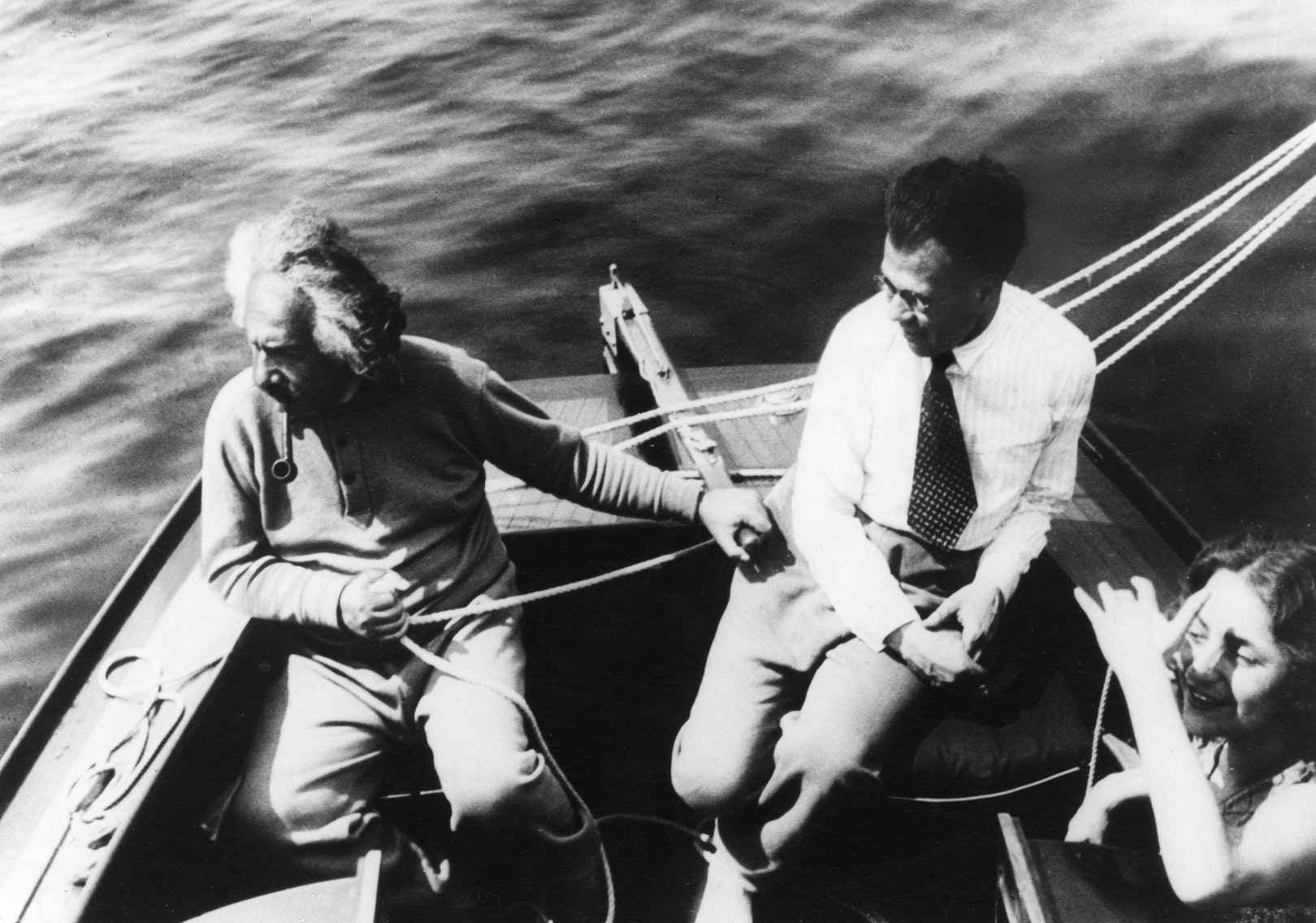 Johanna Fantova, a Princeton librarian and Einstein's longtime friend, with whom he often sailed on Carnegie Lake in the 1940s, also attested that Einstein's sailing skills were not actually poor. She wrote in her memoirs: "Einstein's health began to deteriorate, but he continued to engage in what remained his favourite pastime, sailing.". It is Fantova's suggestion that it was not incompetence but rather immersion in thinking about the laws of physics that was behind Einstein's failures as a sailor. For she writes: "Here, too, his analytical precision helped him calculate the slightest movement of the air, even on a nearly windless day. I have seldom seen him so cheerful and in such a light mood as on this primitive little ship.".

To some it seemed that Einstein's mind, bound in complex scientific thought, needed unpredictable factors - wind, waves, tides – as a means to rest. But the question is whether it was the other way around. For the elemental forces of nature, for all their unbridled manifestations, still exhibit great order. And it was this, and the understanding of it, that Einstein was concerned with. It is on the water, and as we move through it, that the laws of physics are evident, something that truly inspired a man who wished to understand the world.

Einstein kept his ship Tinef until his death in 1955.

Einstein's enthusiasm for sailing is still contagious. Do you already see yourself at sea? We will be happy to arrange it for you.

Do you love sailing like Albert Einstein? Then you came to the right place.