The best of the Caribbean

BVI Yacht Charters is the gateway to the Caribbean. They are based in the British Virgin Islands, considered the best yachting destination in the Caribbean. Yachtsmen are enchanted by, among other things, year-round warm weather, pleasantly consistent trade winds and great visibility.

BVI Yacht Charters has been in business for more than 25 years. It was founded in 1995 by Arjan Stoof and in the early days offered only ten old boats for charter. However, it has gradually found a following among its clients and its fleet has grown to over 60 luxury yachts ranging in length from 9.5 metres to 16.5 metres. The range includes catamarans popular in exotic destinations (such as the Lagoon 46 or the Fountaine Pajot Astrea 42) as well as classic sailing yachts such as the Oceanis 35.1, Sun Odyssey 440 or Dufour 530, all of which meet the highest standards. Most of them have air conditioning, their own generator, solar panels and barbecue.

Approximately one third of the yachts in the fleet are owned by BVI Yacht Charters, with the remainder being privately owned and managed and chartered by the company. All yachts are between one and three years old and the entire fleet is continually updated and maintained. In addition to chartering boats, BVI Yacht Charters offers provisioning services, water sports rentals, WiFi units, fishing equipment...

Where to find BVI Yacht Charters?

BVI Yacht Charters prides itself on the fact that all of its employees live and work in paradise. The company's headquarters is at 2 Wickhams Cay, right in the heart of Road Harbor, where you'll find comfortable facilities with everything you need on your vacation.

If you're going on a Caribbean cruise, be sure to pack your snorkel, fins and mask. The underwater life here is fascinating and varied, even at shallow depths, so you can easily enjoy it without scuba gear. The Caribbean coral reefs are full of colourful fish and animals, and you can spot manta rays, sea turtles and various species of sharks. Just pick a spot with clear shallow water, anchor and go exploring. Find out exactly who you might meet on your underwater expedition in Snorkelling and Sailing: what lives on the Caribbean's coral reefs? 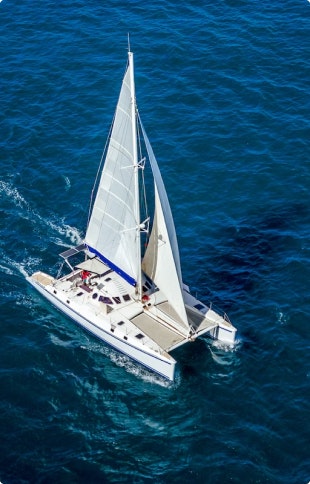 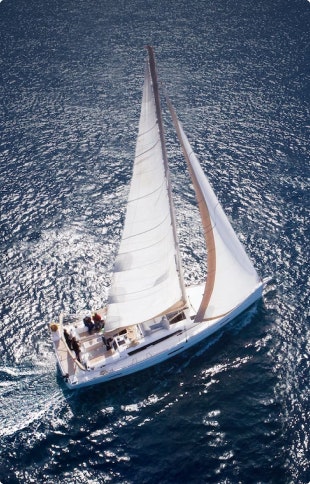