Nicols specialises in river cruises throughout Europe. Jean Ollivier, the founder of the company, was originally a plumber by profession. He specialised in guttering, but in 1986 he bought a shipyard where the Nicols river cruiser was soon developed, which wowed the world with a very innovative design for its time. Jean Ollivier continued to be a visionary in this field. Judging that the market for boat buyers was too limited, he launched a houseboat charter service three years later and quickly became one of the main leaders in the industry.

Today, Nicols has more than 300 houseboats available for charter at 27 different bases located in France, Germany, Portugal, Hungary or Holland. Following the success of the Octo Fly C, Nicols Yacht's flagship and the largest boat to come out of their yard, the company has introduced an upgraded version, the Quattro Fly C with two cabins and two bathrooms and the Sixto Fly C with three cabins and three bathrooms.

Cruising the canals and rivers will satisfy fans of historical sites, fishing, golf, cycling or classic family holidays. Everyone can choose the route and boat that suits them best. Whether you choose a boat for 2 or 12 people, you can count on maximum comfort and a cruise full of exceptional experiences.

Cruise on the UNESCO Pearl

Traditionally, one of Nicols Yacht's biggest tourist attractions is a cruise on the Canal du Midi, France's most famous canal and one of the most famous river canals in the world. The Canal du Midi connects the Atlantic to the Mediterranean, is a UNESCO World Heritage Site and passes through sun-drenched vineyards and picturesque villages full of renowned restaurants.

Did you know that you can drive a houseboat, unlike a sea yacht, without any skipper's licence? What to expect from a holiday on the water? In our article 9 reasons why a houseboat is better than a hotel, we've compiled the arguments why it's worth choosing a houseboat over a hotel this year. 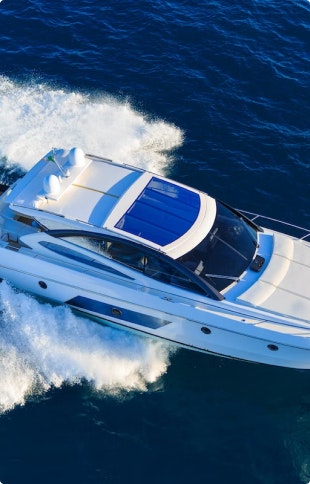