Tulips, windmills and life at the helm. A branching network of navigable canals with bridges mirrored in the shimmering water.

You would be hard pressed to find a country with as many waterways as the Netherlands. In addition to these, the popular tourist destination attracts world-famous cities, forgotten villages, windmills and typical canal bridges. Motorboats are an integral part of life in the land of tulips and you have a great opportunity to experience a small European country as its inhabitants traditionally know it — reflected in the shimmering surface of the water.

Cosmopolitan Amsterdam is not to be missed during your holiday. One of the typical experiences that every visitor should take away from Sin City is not just a stroll through the Red Light District or a smoke in one of the many coffeeshops. Amsterdam is also a place that is known for its important museums. It is even the city with the highest density of museums in the world.

You can choose from over 60 venues and countless exhibits. If you choose to explore the northern part of the Netherlands, you don't have to worry about missing out on the classic experiences that the country has to offer. On the contrary. In Friesland, you'll find villages unspoiled by tourism and pleasant towns dominated by windmills where locals still wear clogs. The capital of the region is Leeuwarden, but there are other towns worth a visit — Heeg as the former centre of the eel trade, the smallest town in the province of Sloten or the old trading town of Hindeloopen.

More about the Amsterdam area

If your heart yearns for nature, Friesland will also delight you in this respect. There are three national parks in the area. One of Friesland' s main tourist attractions is the archipelago that fringes the mainland coast. The so-called West Frisian islands consist of several islands dotted with sand dunes, which, thanks to their flat surface, invite you to explore from the saddle of a bicycle or horse.

If you want to switch off during your holiday and enjoy some well-deserved doing nothing, head south to the famous Loosdrechtse lakes. Thousands of Dutch people head to this area every year to relax by one of the seven lakes, which offer the perfect facilities for a relaxing holiday. There are pleasant beaches, children's playgrounds, public barbecues and restaurants.

Who will enjoy a houseboat holiday in Holland?

Boat offer in the Netherlands 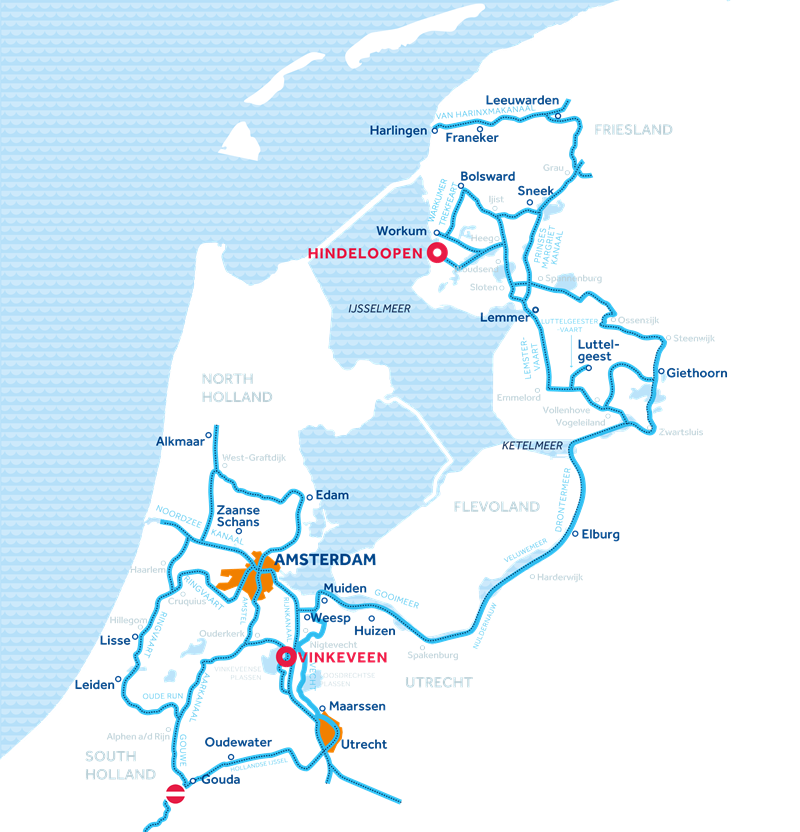 Now all you have to do is pick the right houseboat. I'd be happy to help you. Let me know.