Do you know the most famous sailing customs and superstitions?

Let's dive into the mysterious world of age-old seafaring customs, legends and superstitions! Which ones do we still observe today?

The life of a sailor wasn't easy. Perhaps because their fate was so uncertain, their life at sea was riddled with superstition and ritual. Do you know which are still in existence today? Why shouldn't you set sail on a Friday or stand at the stern deep in thought? Let's take a look at the most well-known ones!

Ships have sailed the seas for thousands of years. In this peculiar and closed world amidst a beautiful and sometimes cruel ocean, the gruelling life of sailors led to a number of practices, customs and traditions on board.

Over time, the most practical ones have become an integral part of maritime law, while others have devolved into superstitions to be laughed at or even blindly followed. Let's delve into the mysterious world of ancient customs, legends and superstitions! 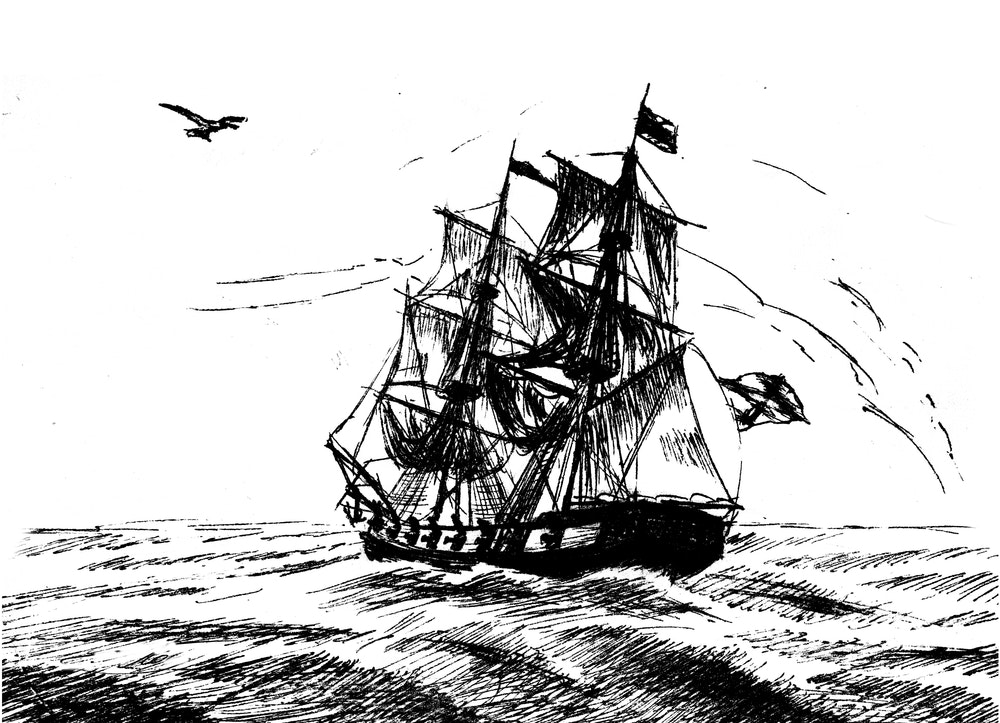 Ships have sailed the seas for thousands of years

When to set sail and what to avoid doing on board?

Don’t set sail on a Friday. But what about a Monday?

Since time immemorial, it has been a fact that you should never set sail on a Friday. It is deeply unlucky and even today sailors observe this custom. But why? The most likely reason for this seems to be that Christ was crucified on a Friday, making it a day to be respected and observed. This was undoubtedly backed up by stories of ill fortune to those who went out to sea on a Friday.

In other cultures, however, raising anchor on a Monday spelt trouble as historically it was the day everything was settled up — including the previous week's transgressions dealt with by a boatswain or their assistant with whip in hand.

But you can sail on a Monday or Friday just don’t choose that day to actually embark on your voyage. And remember the saying (due to the day Christ was resurrected) — “Sunday sail, never fail” 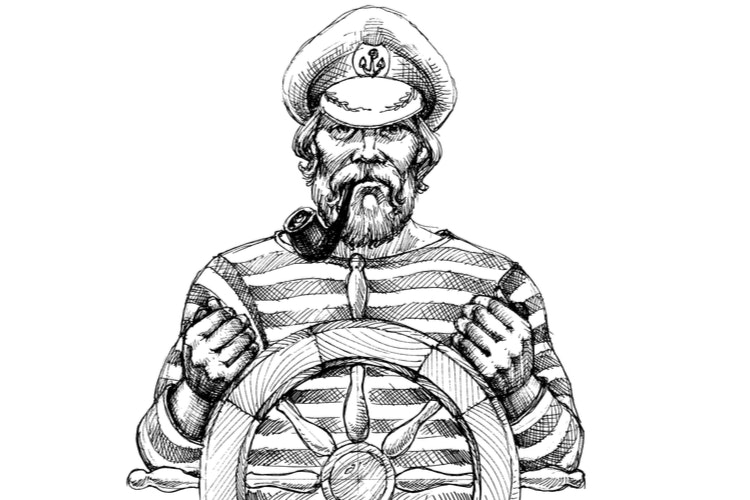 Whistling was also prohibited on ships — those who whistle are questioning, even provoking the wind itself. As a result, if you whistled on board, the wind would reap its revenge in the form of a tornado or storm. The only exception to this was the bosun's whistle. But don’t fret, it is said that storms can also be successfully warded off by securing a horseshoe to the mast.

Whistling was also forbidden on ships

What causes bad luck on a ship?

There are more superstitions and customs surrounding life on a ship than waves on the sea. For example, you should always board the ship with your right foot first, never carry bananas on deck as it summons death and cutting hair or nails when sailing angers Neptune bringing bad fortune.

Where are the souls of the dead sailors?

Don’t clink glasses, toasting has its own rules

When making a toast on board a ship, never clink glasses as it awakens and disturbs the souls of dead sailors, bringing bad luck to the voyage.

When toasting you should always remain seated and never be standing. This custom has its origins in the structure of sailing ships of old — just try standing up in a small cabin packed with fixed furniture on slanted walls and a swaying deck beneath your feet.

Of course, the first toast before setting off on a voyage belongs to the sea and must be cast to the god of the seas. Whether it be Neptune, Poseidon or the Nordic Njörd. 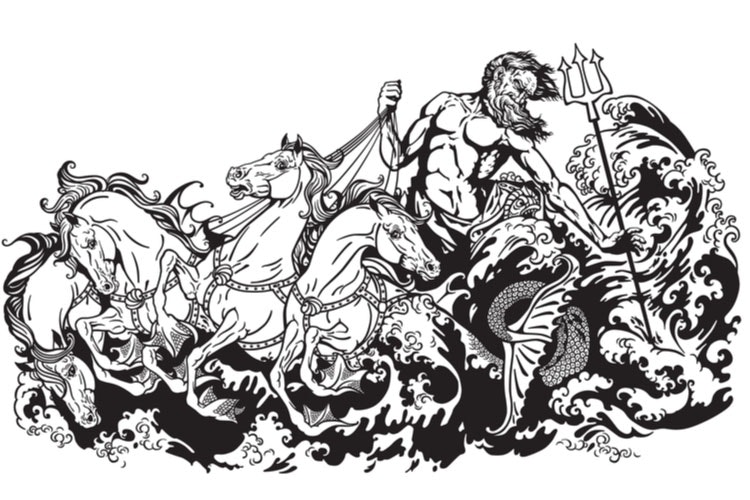 There is one more custom associated with toasting, which was nicely described years ago by Captain Jan Hosek, the commander of a number of naval ships:

"A long time ago, a daily dose of rum or tropical wine was drunk in the officers' mess before the main meal along with a toast made by the senior officer. But what was he supposed to come up with every day? Thus, over the course of time, a toast system was set up for every day of the week. They sounded like this:
Monday: "For the country!
Tuesday: "To our mothers!
Wednesday: "To us!"
Thursday: "To the King!
Friday: "To the home port!"
Saturday: "To lovers and women!"
Sunday: "To those who are at sea!"

This tradition of toasts in the mess has long but disappeared however, some toasts have remained.”

Why do seagulls warn us of storms?

The following legend comes from a rugged place of jagged rocks, storms, fog and currents — northern Scotland. When a sailor dies at sea and his body cannot be returned to land, their soul is said to transform into a seagull. It then glides around its native shores, closely watching over voyaging ships and calling out to the living as a warning when a dangerous storm approaches.

However, there is often an element of truth hidden within legends. Try watching seagulls before a storm. They can sense a storm before any modern device picks it up, dropping back back to the ship's stern and making an unusual call. For this reason, it has been prohibited to hunt and shoot seagulls since time immemorial. Other customs attribute the same role to dolphins or albatrosses. 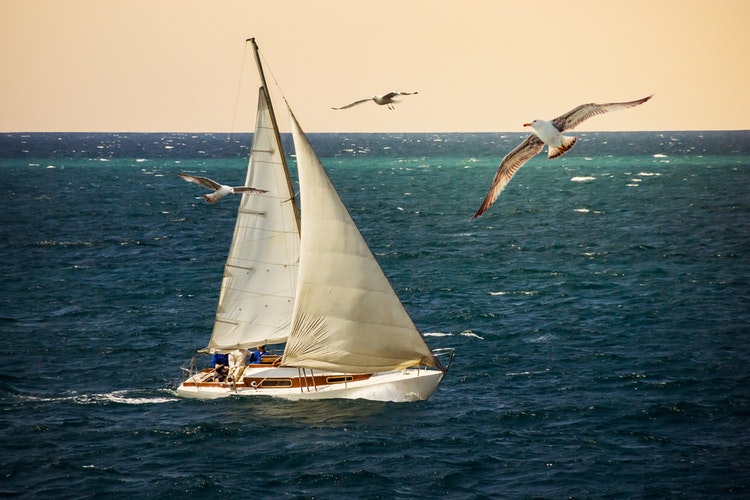 It has always been prohibited to hunt or shoot seagulls

Mysterious figures at sea and in the sea

Originally, Sirens had a female body from the waist up and a bird's from the waist down. They used their enchanting songs to lure sailors to their island, where lay a dangerous rocky coast. When they later moved from the islands into the sea, their lower body became fish-like, giving us mermaids.
As mermaids, they were said to be kinder, but still, from time to time, someone jumps into the sea towards them. It still remains a mystery exactly why sailors are lured into the sea but during a long voyage, it is advisable not to stand alone at the stern and stare into the waves. Especially not in the evening.

And beware, in Trinidad and Tobago, the sea is inhabited by mermen. But don't fear, they are able to grant your wishes. 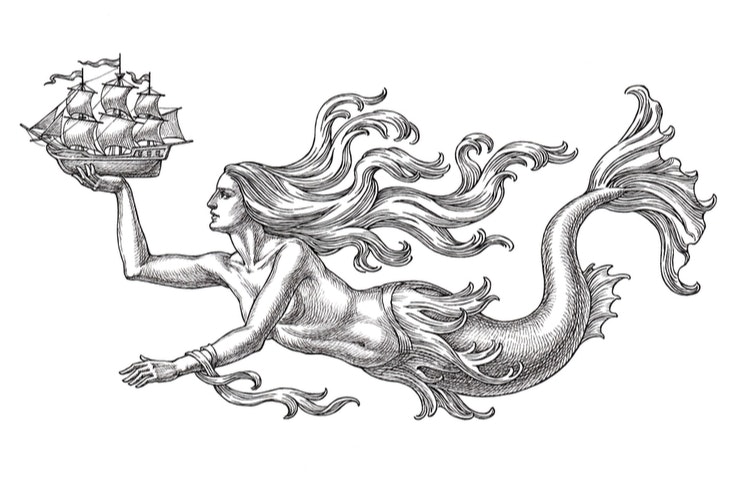 Have you heard of Davy Jones? He is a strange fellow from the depths of the sea, harmful to a ship in every way possible. When something happens to people or equipment on board, and it wasn't anyone's fault, he got the blame.

Why do sailors decorate themselves?

Why did old sea dogs wear earrings? Because they believed it would improve their eyesight, and due to the pressure points on the ear that it can alleviate seasickness. Of course, gold earrings also guaranteed a proper funeral. This was simply because if the corpse got washed up on the shore, the earrings would cover the funeral costs.

Sailors were often adorned with tattoos (Read our article Traditional sailor tattoos and their meaning). One popular motif was of pigs and roosters on the feet, which was said to ensure their survival in the event of a shipwreck. 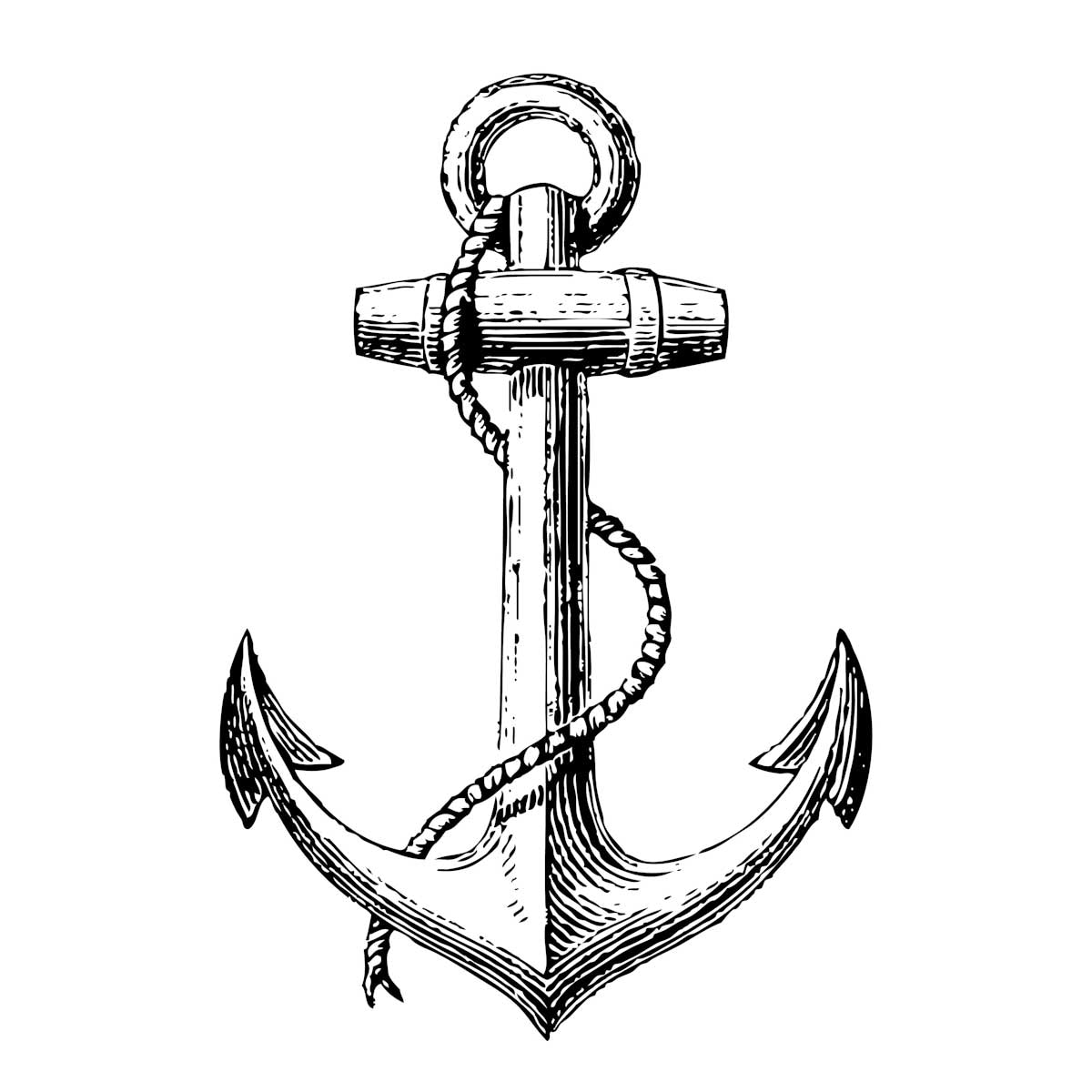 The anchor was a frequent tattoo

Life on a ship used to be harsh, so it was very difficult to get sailors to serve on a ship. That is why the story was born that seafarers who lose their lives are given a place in nautical paradise. Captain Hosek also knew what it looked like:

“No water, just green meadows stretching off into the distance. Music is carried through the air and in the middle lies a bar where young bartenders pour drinks to your heart’s content. Scantily clad dancers frolic around, seducing unageing mariners without asking for the promise of marriage or commitment. Alas, when the discontented fall silent, the sea roars below."
So we owe good weather at sea to our savvy predecessors :) 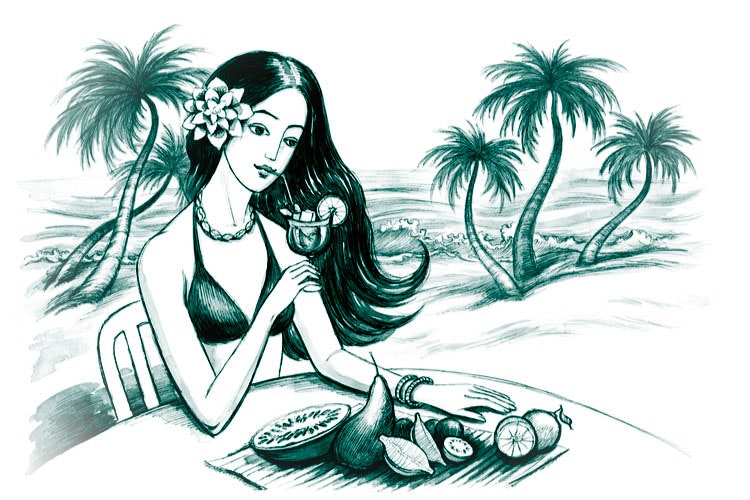 There are also a number of legends associated with sailing. The most famous is undoubtedly that of the Flying Dutchman. You can learn about it in our article on the 10 most famous fictional sailors.

Whether or not you follow a superstition or custom, remember to drink to those who are at sea. And maybe even remember those who were at sea long before us but are sadly no longer here.

Have you made up your mind where to sail yet? We’ll be happy to help you choose the best route and find the perfect boat. And don’t worry, it won't set sail on a Friday.

Want to embark on a sailing adventure? Get in contact.