How does the material and method of production affect the use and strength of the line? Everything you ever wanted to know about ropes but were afraid to ask, you can read in this article.

In a previous article we discussed nine of the knots most commonly used by sailors and yachtsmen. So you’ve already learned something about knots, but what about the lines themselves? Probably the rule that we all know, regarding rope and knots, is that each knot reduces rope strength, however few people understand exactly what material is used for the rigging and what can be expected of it. Choosing the right rope for the right purpose can greatly facilitate work on board and bring even more pleasure from the yachting experience.

Ropes are produced in several different ways depending on what they are intended for and which properties need to be enhanced or maintained. The two main types of ropes are twisted ropes and braided ropes. 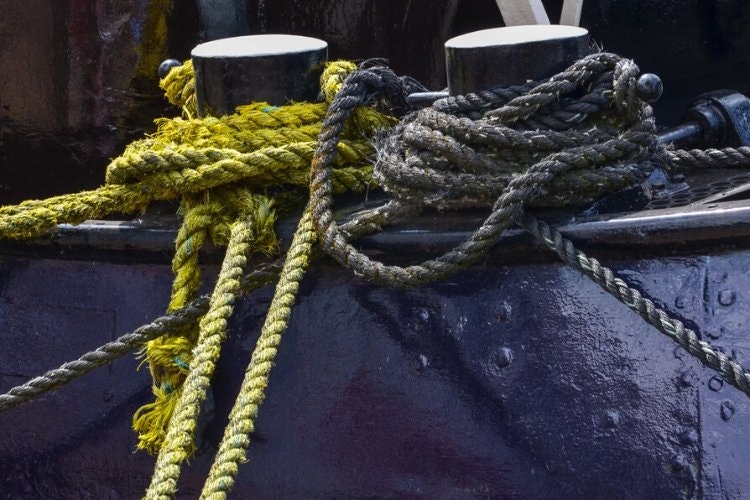 Twisted ropes are created by first twisting individual fibers into strands and then twisting the strands together in the opposite direction, using 3, 4 or even 12 strands. How strongly the individual strands are twisted gives the rope its individual characteristics.

Tightly twisted strands make the rope hard and rigid whereas loosely twisted strands leave the rope flexible and soft. Ropes may also be braided. Both twisted and braided ropes can also be finished off with another braided “sheath” protecting the inner rope core.

Rope properties are determined not only by the fiber material used, but also by the production method itself. The combination of these elements then determines how the rope will behave, how rigid or flexible it will be and whether it is durable or flexible

One of the most important features for use on a boat is whether the line floats or not. Polypropylene floats and the production of ropes made from it is relatively cheap. Mostly polypropylene ropes can be found as tow and rescue ropes of all kinds, e.g. on the orange line where the lifebelt is attached at the stern. The individual being rescued will definitely appreciate you throwing a rope that doesn't immediately sink. As a result, PP ropes are produced in striking, brilliant colours. Polypropylene is also used for mooring. Here too, the advantages of a floating rope are obvious. Polypropylene is strong, and looks similar to natural materials. 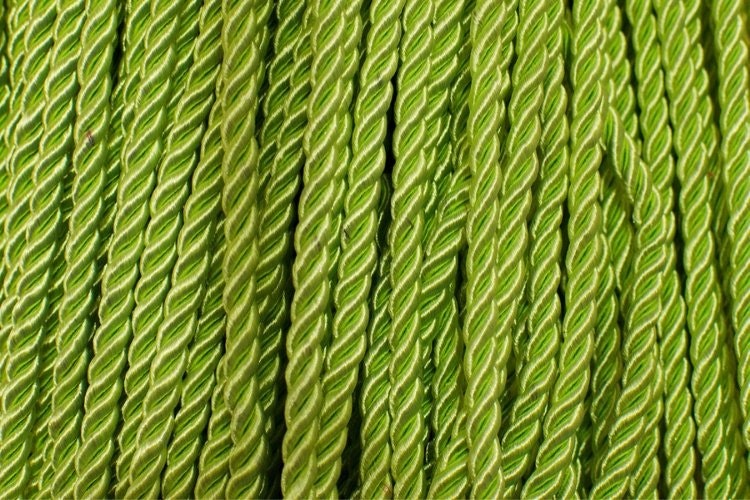 Polyamide ropes, on the other hand, are not so suitable as water greatly reduces their strength. After contact with water, a PA rope draws a considerable amount of moisture into its structures and the rope strength decreases dramatically. Even an increase of about 6% in weight will reduce the strength of such a rope by a third!

It is clear that polyamide (nylon) ropes are not very suitable for sailing due to exposure to both saltwater and freshwater. They are produced much less than the others and are used almost exclusively for mooring and anchoring ropes, where they must be considerably oversized.

On the other hand, they are exceptionally elastic. They harden with age and need protection from ultraviolet radiation. PA can be found on the boat in the form of thin lines to tie flags and alike. Nylon also hardens in seawater but the load capacity returns to the original levels after proper drying. 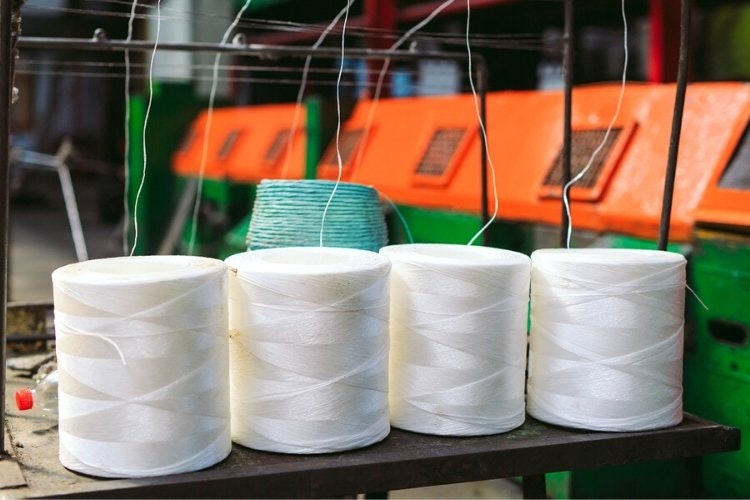 In comparison Polyethylene is solid, tough and isn’t affected by water at all. In ropes today it is mainly found in the form HMPE - high modulus polyethylene, high density polyethylene. It is up to eight times stronger than steel ropes despite being up to eight times lighter. They are also resistant to chemicals and float. Minimal stretch also makes them a favourite for small boats and racing yachts. Their major disadvantage, however, is that they lose a huge amount of strength when knotted.

Polyester ropes (PES) do not float in water, but they are strong and not too flexible and their production is cheaper. Polyester ropes are thus used in various places on board a yacht including hoisting sheets and mooring lines. 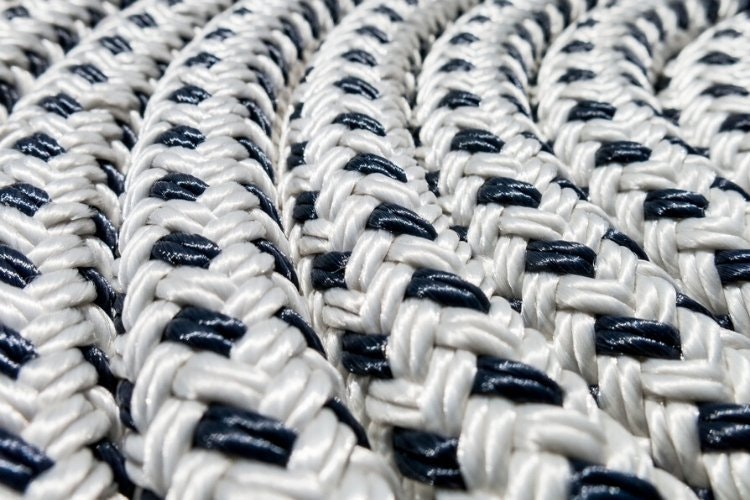 Today, as demands on rope's specific characteristics increase, manufacturers also use a variety of combinations of synthetic materials to achieve the best desirable characteristics.

Ropes can be safely stored for up to five years, under certain conditions. We store them in a clean and dark place at room temperature and humidity. We try to protect them particularly well from chemicals which can invisibly reduce their strength to almost nothing! Battery acid, diesel, kerosene ... can be complete rope killers.

Proper storage not only minimizes material degradation and other negative structural changes. There are also studies that have shown that good storage results in an improvement in some rope properties. Of course, the greatest enemy of the ropes at sea is the sun. With some ropes, it is better to accept it, whereas others should always be carefully cleaned and stowed.

What to do with ropes?

Perhaps it is clear that the ropes should be protected against excessive loads, friction, chemicals and impurities, as well as the sun. It’s also best not to step on the ropes. It is not just an old naval superstition, it also has a very practical reason - dirt from the soles of your shoes on the ropes can lead to damage under load.

Check the lines regularly. You should always be concerned when you find any hardened spot (probably friction damage), a damaged or significantly shifted braid, or a reduction in the diameter of the core beneath the braid (most likely tearing or pinching of the core).

You should untie all knotted, tangled places as well as the knots themselves. If the rope has more load on one of its ends, you should regularly swap and re-tie the ends. 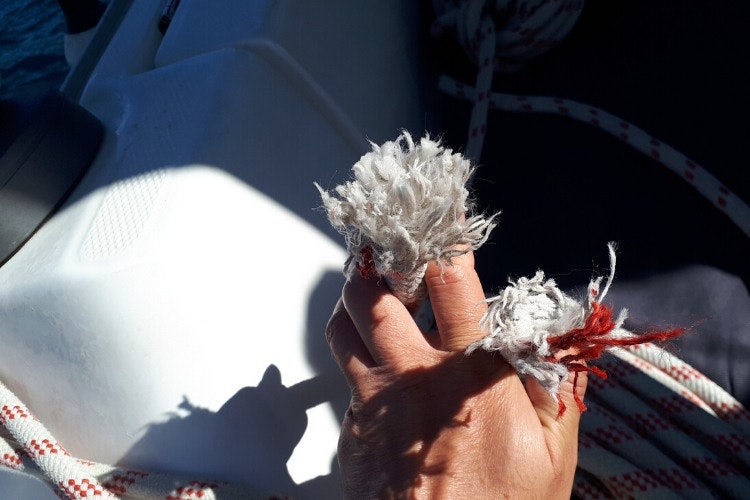 You may have already noticed that a loaded rope with a knot breaks most often where the straight part enters the knot. Most commonly used knots can reduce the strength of the rope to which they are tied by 30-60% compared to a straight knotless rope.

See below the reduction in strength for specific knots. Can this problem be avoided? Basically not. Most knots on the yacht will need to be untied, tied, and moved. The only way to minimize rope strength reduction is to braid them together. However, this can only be applied to specific ropes and only at their end and in addition, braiding lines together is time-consuming and requires considerable experience. 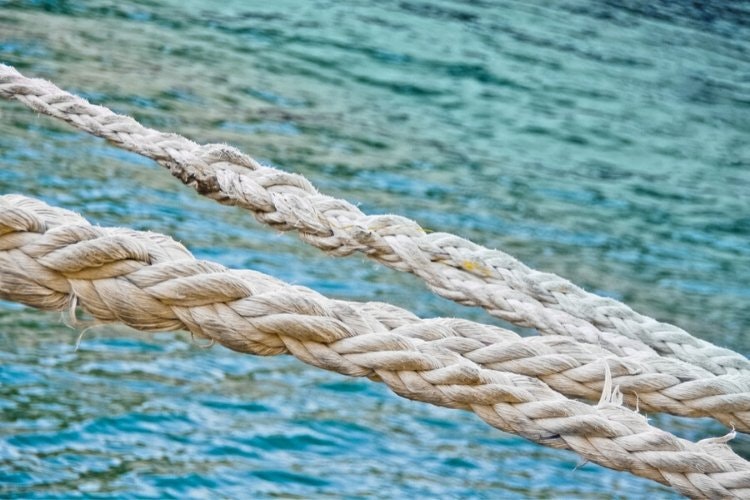 How much do individual knots reduce rope strength?

Be the first one to choose and book a boat for the summer 2021 wherever you like. Pay only a 15% deposit now and you're on your way to your next holiday!

Ask me about yacht chartering options.