9 basic knots to use at sea

Learn a few key knots and you’ll handle anything on board.

Ropes are one of the most important things on board a yacht. You simply can’t do without their capacity to fasten, join and connect. It is therefore extremely useful to familiarize yourself with at least a few of the basic ones. Mastering these bindings will prove essential for every voyage, anchoring and mooring.

This is a stopper knot that is also relatively gentle on the rope and has a wide range of applications. At sea, it is most often used at the end of lines to stop them running through the hand or unreeving. The figure-eight is the most commonly used stopper knot by sailors. Even after a heavy load, it loosens much easier than other knots.

The so-called figure-eight bend or Flemish bend is used to securely join two ropes together. A loose figure-eight knot is tied at the end of one rope and the second rope is threaded backwards parallel to the first rope. 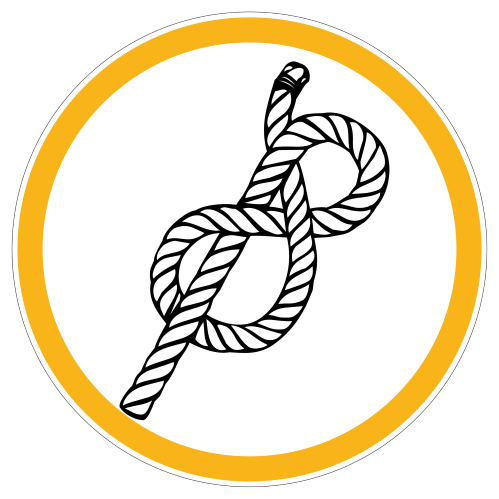 This knot was originally used to tie a boat to bollards in the harbour, on the pier. It is a very simple knot, but it does also have its disadvantages. It consists of two simple overhand knots stacked in different winding directions. However, the use of a clover hitch is not recommended when the object tied to the cylindrical object can rotate as it will almost certainly loosen.

This knot also holds poorly on ropes made from synthetic fibres and in cases where the knot load slackens or its intensity changes significantly. At present, therefore, other knots are used for mooring ships, with a fixed or loose loop on the bollards and the line tension being regulated by the mooring on board the boat.

The clover hitch can prove useful when tying a rope to a ring. When not yet loaded, the knot is simple to adjust, so the length of the rope can be easily altered. Even in this case, it is still recommended to secure the free end of the rope with at least another simple knot. The big advantage of the clove hitch is that it can be loosened relatively easily, even after its been tied tightly. 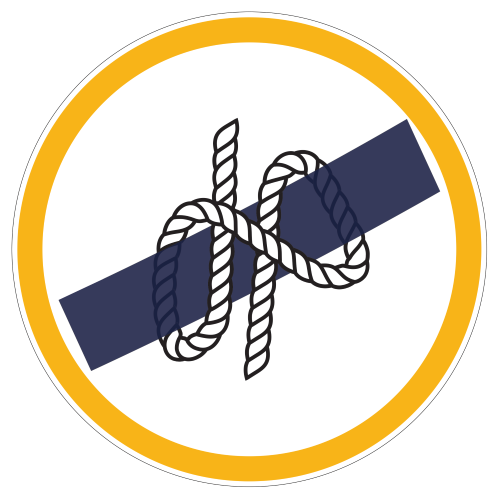 This knot is highly versatile and one of the most famous knots, not just among mariners and sailors. Most commonly it is used to form a fixed loop at the end of a rope. It’s very secure, does not shift and thus does not reduce the strength of the rope on which it is tied. It’s very easy to loosen even when tied tightly and after high tension. For it to work properly, you need to tie it tightly.

The bowline is a great aid when mooring to a ring, to bollards and other places. You can even use two bowline knots to join two ropes together, although there are more elegant and secure solutions. The bowline can also be tied on a doubled rope to create a solid knot with two loops, each of which can be set separately. Quick and precise tying of a bowline knot is worth practicing, at sea it will be a lifesaver.

The bowline used to be very popular among climbers, until several deaths occurred as a result of the knot coming undone under particular conditions. In the mountaineering world, it has almost been doomed to oblivion. On ropes with a braided core (which all climbing ropes are), this knot is unstable. 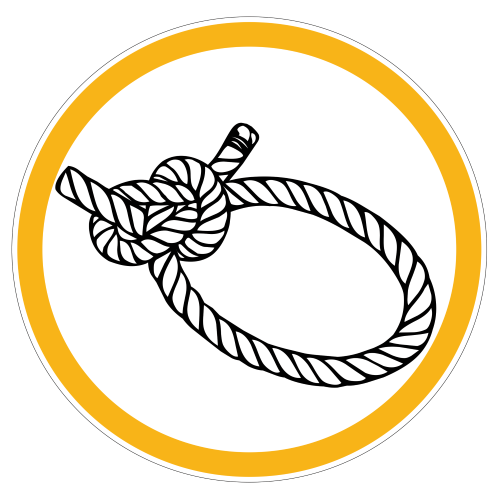 Round Turn With Two Half Hitches

This knot is also sometimes called a fishing tie. The knot is secure and solid. It is used to tie a boat to a ringor equipment to seat harness rings. The double loop is secured by finishing with an additional two half hitches. 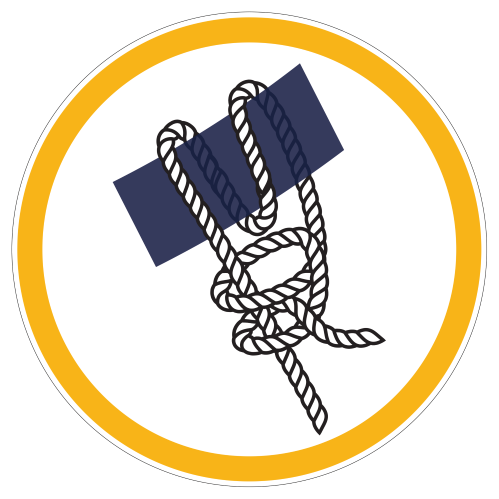 Round turn and two half hitches

Strictly speaking, looping a line around a cleat is not really a knot. However, this does not diminish its importance for sailing. It is one of the most useful things you’ll do with a rope on a boat. The line is firmly attached with several figure-of-eight turns to the cleat. It is worth making sure that the rope leaving the boat makes as sharp an angle as possible with the longitudinal axis of the cleat so that the cleat engages as much as possible in the longitudinal direction and the least in the transverse direction.

It takes just a second to learn the cleat hitch, but in naval circles you’ll definitely get some casual admiration for a precisely tied one. In short, learn to make this knot to the left, to the right, upside down and blindfolded, because you will need it often. Tethering a ship well is definitely a good thing 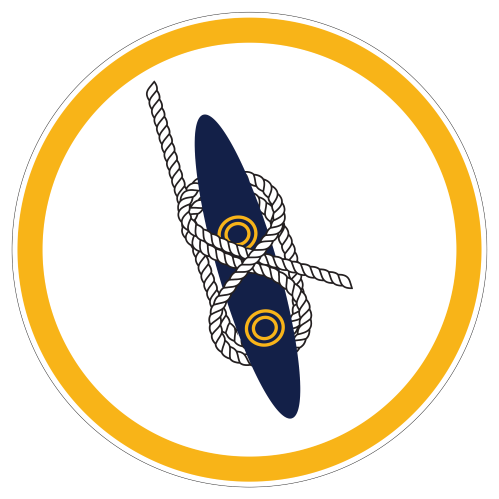 You may know it from the summer camps as a square knot. On a boat, it is called reef because it is used for reefing and furling sails, and tethering reefing ropes around the boom. It is formed by tying a left-handed overhand knot and then a right-handed overhand knot, or vice versa.

This creates nice and flat, neatly sitting knot on a furled sail. You can even use it to tie a neckerchief without having to worry about the knot pressing on your throat. However, it isn’t recommended for joining ropes as there are much more suitable and secure knots for this. On a ship, the only real application of a reef knot is for reefing. If the boat's mainsail is furled into the mast, you probably won't use this knot at all. 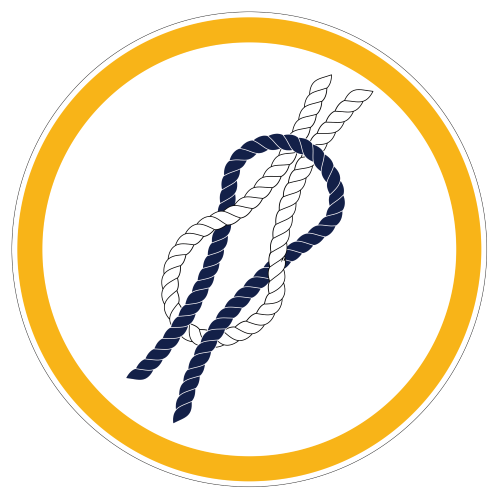 A popular sailing knot for securely joining two ropes, which can be loosened relatively easily even after a heavy load. It actually consists of two intertwined simple knots. Mastering the specifics of this knot is important as it can be easily mixed up with a Hunter’s bend that is far less rigid.

According to one legend, it is called a Zeppelin knot because it was used to tie Zeppelin airships. However this claim is almost certainly not true. 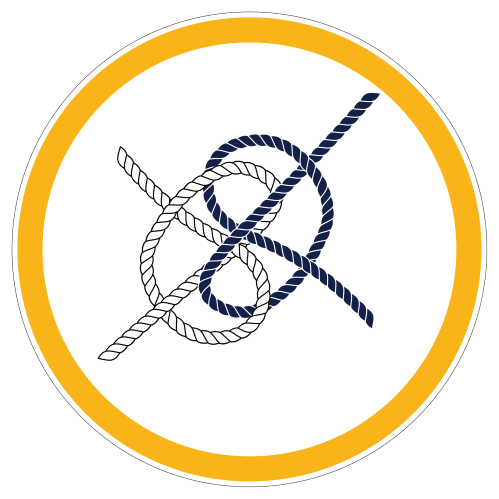 This is a knot from a family of slip knots used to transfer weight from one rope to another, with a knot jamming in one direction. By its nature, the knot works best when it is tied on using a significantly thinner rope than the knot will move along. However, modern materials bring other problems, for example on polypropylene rope or Dyneema it won’t really work. The rolling hitch is commonly used for rigging a stopper to relax the tension on a sheet so that a jammed winch or block can be cleared. 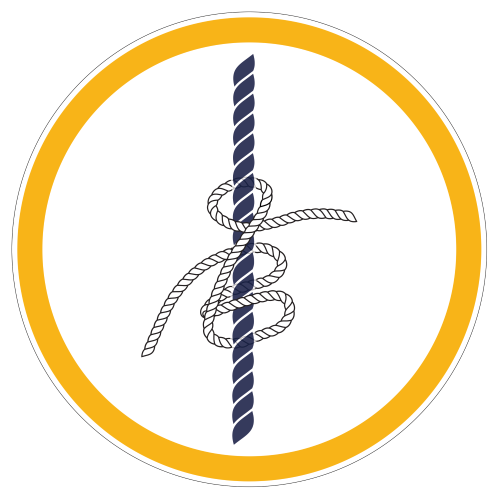 The sheet bend is used to join two ropes of different diameter when the diameter difference is not too great. A simple bend is formed on the thicker rope, and the thinner one wraps around it. This knot holds well only on ropes that are under permanent load, otherwise it tends to untie. The greatest stability is achieved when the free ends of the two ropes end up on the same side of the knot.

If the diameters of the ropes are different, it is recommended to double the sheet bend. This means we wrap the thinner of the two ropes twice around the thicker rope. Again, it is important to start wrapping the shorter end of the thick rope loop first. This is the only way to make sure that the ends of both ropes protrude from the knot on the same side, giving the knot the greatest possible stability. 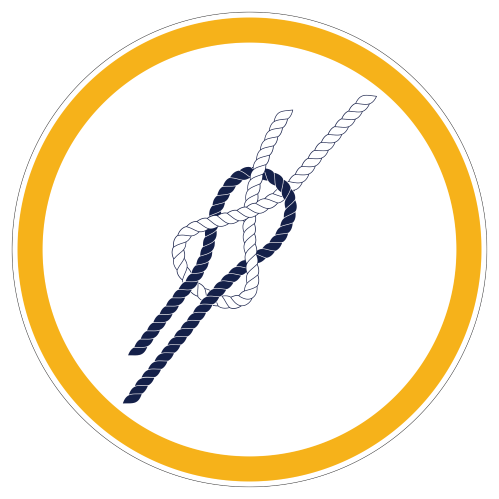 Once you know these basic nine knots, you’ll be ready to set sail.

Booking your dream boat couldn’t be easier in the most beautiful destinations for a well-deserved vacation.

The ropes themselves can be roughly divided according to the material used and their knit. Polyamide (PA) ropes are very elastic but do not float and partially lose their strength when wet. They are mainly used for anchoring, mooring and as tow ropes wherever it needs to absorb large shocks. Polypropylene (PP) ropes, on the other hand, float well and are produced in bold colours, thus emphasizing their use as rescue ropes.
Modern polyethylene (PE) ropes are known for their strength and stiffness, they do not mind water at all. Artificial ropes can be comparable in strength to steel ropes. PE ropes are widely used on high-performance yachts and sailboats.
Polyester ropes (PES) are as strong as nylon ropes, but their strength is not affected by water. PES fibers are very flexible and abrasion resistant and they stretch significantly less than nylon. They are often combined with polypropylene to achieve high durability.
The ropes can be further twisted (left-handed or right-handed) or braided. This creates a variety of combinations, each with a different and more appropriate usage.