The Libeccio/Lebić: a stubborn, unpredictable wind

South-westerly to westerly winds are typical of northern Corsica, the coast of France, Italy and also the Adriatic, where they usually arrive just after their southerly counterparts. Regardless of where you encounter it, it is best to seek safe shelter from it.
Published by Yachting.com - 09/27/2022

Any sailor who has at least a few nautical miles under their sail knows that the sea can be temperamental at times, and that the weather is a good servant but a bad master. Sometimes the wind beautifully propels the boat forward at just the right pace and the waves caress her hull. Other times, a strong gale and high waves hit and seem intent on sending your sailboat to the bottom of the sea. That's why it pays to have a good understanding of meteorology when sailing, to be able to predict the weather and adapt your knowledge to local conditions. This is doubly true with fickle winds like the Libeccio.

Offshore yachting and sailing on the open sea or ocean have their own specifics. On the open sea, the wind is not affected by the terrain and its strength and direction depend on atmospheric pressure and the temperature of the air mass. The situation is different for offshore navigation. This can be seen well in the Mediterranean, and especially in the Adriatic Sea. On land, the Mediterranean and Adriatic Seas are surrounded by relatively high mountain ranges which influence the local weather. Some of the mountains let the wind in, adding to its strength, while others change the direction of the pressure formations or protect the coastline from them. As a result, each wind in the area has its own name and characteristics and can be predicted to an extent, according to weather patterns. 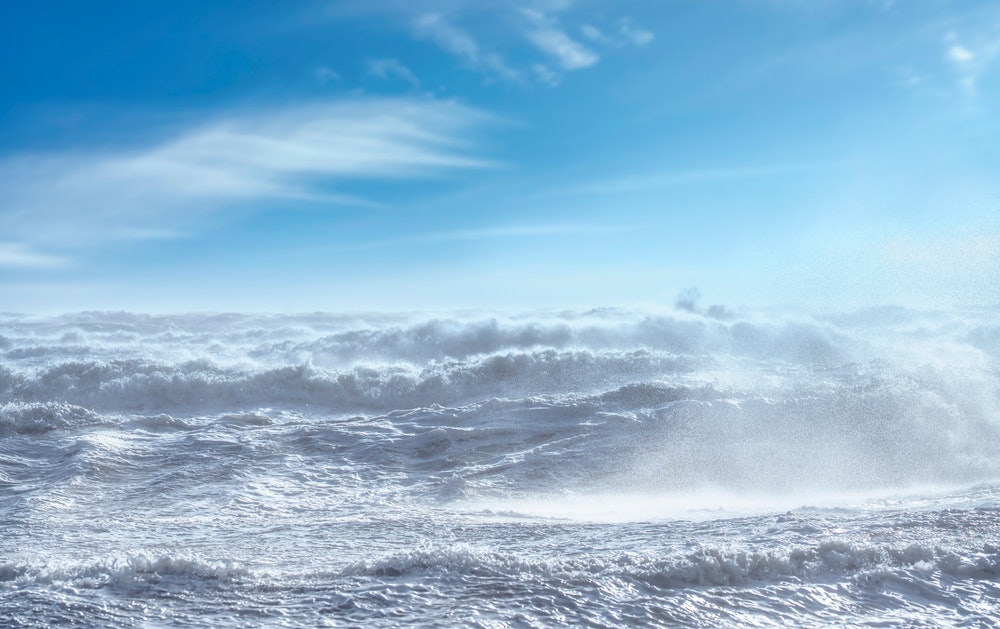 There are types of winds that occur all over the Mediterranean, but also those that are specific to a particular location. On the Adriatic, for example, a pleasant north-westerly Mistral in fine and stable weather; the dreaded north-easterly Bora bringing cold, and gusty winds; the slowly emerging south-easterly Jugo with increasing winds, high waves and occasional precipitation, or the hard-to-predict south-westerly Libeccio arriving at the end of a Jugo, ahead of the cold front; and many others. 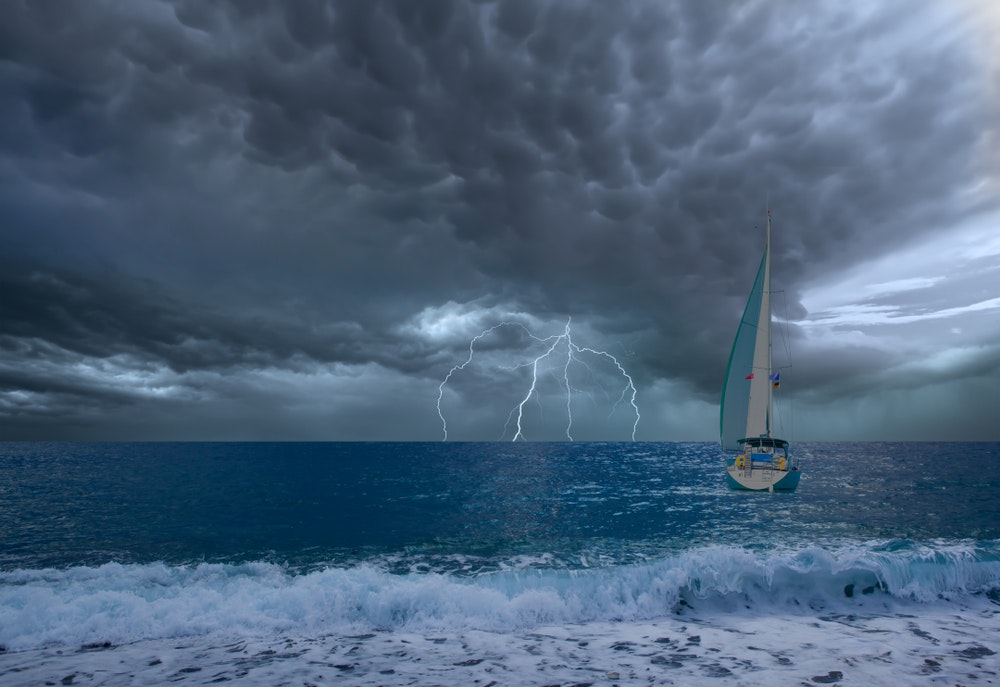 Every sailor, no matter whether they are an experienced skipper or a beginner on holiday, should also be a meteorologist. You can't command the wind, but you can use it to your benefit. It is true that those who understand the wind have an undeniable advantage. The ability to predict, on the basis of current weather and location, the future course of the weather will enable them to plan a sailing route, determine the time of departure, prepare for the conditions that will prevail and make the right decisions in the event of an unexpected situation. If you understand all aspects that affect wind direction and strength, you will be able to sail smoothly and efficiently.

YACHTING TIP.COM: If you're not an experienced sea wolf who has been sailing the Mediterranean for many years, and you're not confident in your knowledge of the meteorology, we can advise you  on how to get the most accurate weather forecasts and enjoy your sailing in peace and without worry.

What other weather can you expect at sea?

When the Croatian Bora hits

When the Croatian Bora hits

The Libeccio is usually a north-westerly to westerly wind blowing across the Mediterranean, mainly typical of northern Corsica, the coast of France, Italy and also the Adriatic. Almost every coastal nation has its own name for it. In Italy and Corsica it is known as Libeccio, in Spain Leveche, in Catalonia Llebeig, in Malta Lbić, in Greece Livas, in some parts of France Labech and in Serbia and Croatia Lebić. In some dialects of the Adriatic countries, especially within certain communities of fishermen, you may find a distinction between Lebić (south-westerly wind) and Garbin (south-south-westerly wind). 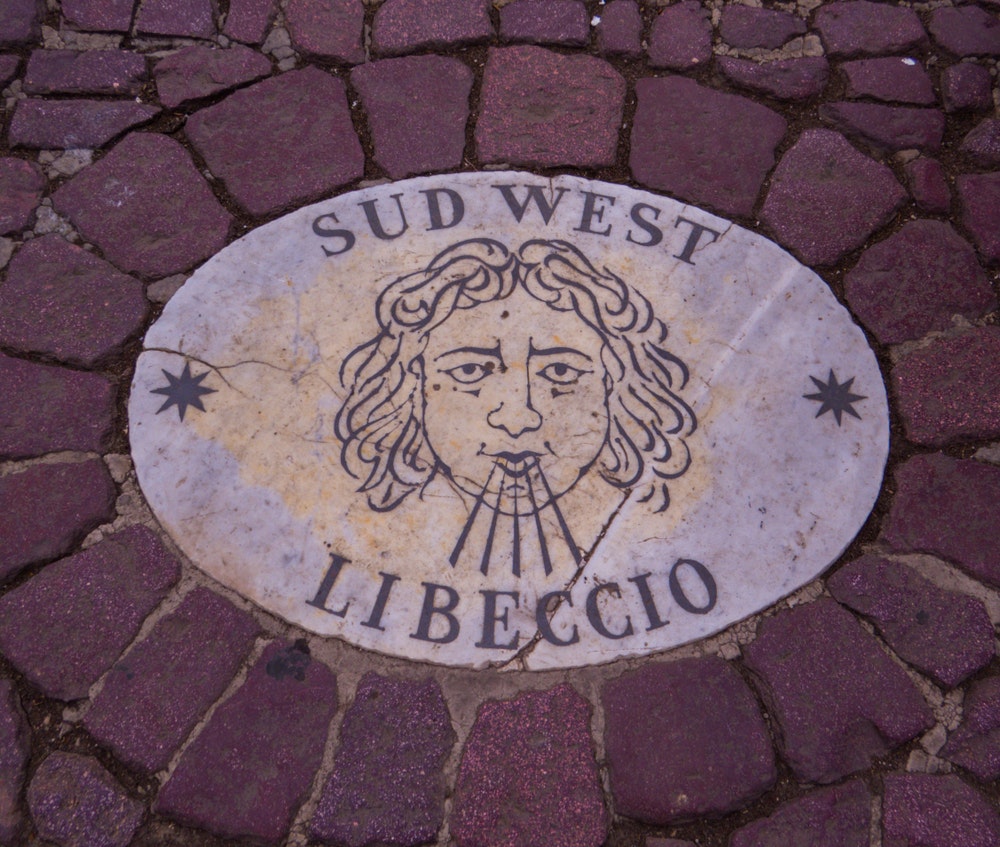 In western Mediterranean regions, this name may refer to the wind that blows from the south to south-west, but it is usually a south-westerly wind with a tendency to turn westwards. In all cases it is a very hot, humid wind, especially during the summer months, when it sometimes brings fine sand from the Sahara. The good news for sailors is that it never blows for too long. In the summer it is quite persistent, but in winter it alternates with a Tramontane wind from the north to north-east.

It is at its most intense during the winter when changes in air temperature and pressure are the most distinct and the wind increases. It can most often be expected at the departure of the Jugo wind and is a precursor to a cold front. This type of wind usually does not blow for long and can be as high as 11 degrees Beaufort. Fast-moving thunderstorms are typical for the Libeccio and can be identified by a dark wall of ominous-looking clouds to the west.

Why is the Libeccio dangerous?

Libeccio winds come accompanied by very high waves, especially in the open sea and on the west coast of the mainland. In the open sea, they can create an effect called cross sea, or crossing waves. This phenomenon is caused by the fact that the Jugo that was blowing earlier lifts waves from the south-east, while the Libeccio drives waves from the south-west. The chaotic, breaking waves can cause many problems and are especially dangerous for smaller boats. The Libeccio can be a nuisance not only at sea, but also often causes mischief in ports. Many of them are not sheltered from the south-westerly winds (e.g. Komiza on Vis) and in shallow marinas the waves raise the water level. 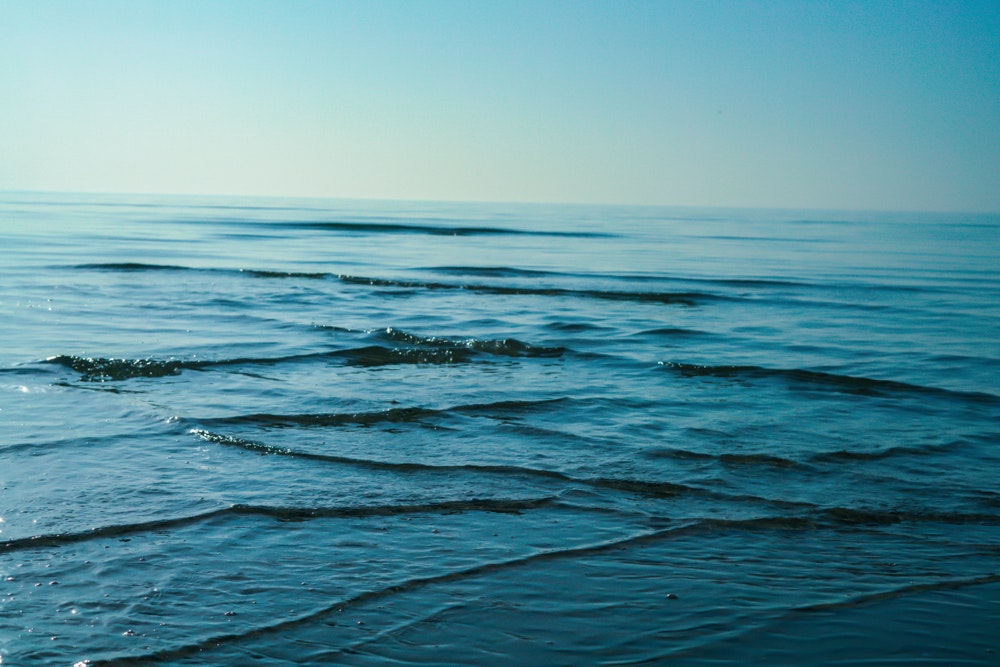 Waves coming from different sides of the ocean, forming a a small-scale cross sea.

YACHTING.COM TIP: Are you planning on sailing the Adriatic?  Find out what the best sailing destinations in Croatia are, what you'll need to charter a boat, how to prepare for your trip and what to enjoy in this sailor's paradise.

Comfortable and safe sailing in all weather conditions

The many types of winds that blow in the Mediterranean and Adriatic can be predicted well with a little meteorological knowledge and experience. And what you might be lacking in practice can easily be made up by forecasting the weather or observing the readings from instruments that measure pressure, temperature and humidity. This makes it easy to plan your sailing schedule and choose the most suitable marinas where you will be protected from unpleasant weather conditions. To avoid the hassle of finding a place or mooring, you can also book a marina online. Especially in high season, this is definitely worthwhile.

However, situations where you need to take shelter from the weather can quickly arise at sea. If a very strong or variable wind starts blowing, or if choppy waves come up, ideally try to find the nearest port. Mooring your boat in a marina is safer and more secure than mooring it on a buoy. In addition, ports are built in places where boats are protected from bad weather. When there is no marina in sight, try to anchor on the leeward side of the land, or in the case of the Libeccio wind, on the east or north-east side. Croatia is an advantageous location in this situation, as its coastline is sheltered from south-west and westerly winds by a belt of islands, so the sea will be calmer off its mainland.

YACHTING.COM TIP: Do you want to become an experienced sailor and steer the boat without any problems in all conditions? Try the skipper's exams, courses and cruises offered by yachting.com.

The Libeccio is generated by the movements of cyclones and anticyclones. That can cause sudden, strong winds; high waves and thunderstorms. Mainly unexpected summer storms can take sailors, especially those on smaller boats, by surprise. These storms are caused by heat and moisture sucked in from the water's warmed surface coming in from the open sea, and although they do not last long, they can be very dangerous. Especially because they often occur without warning. 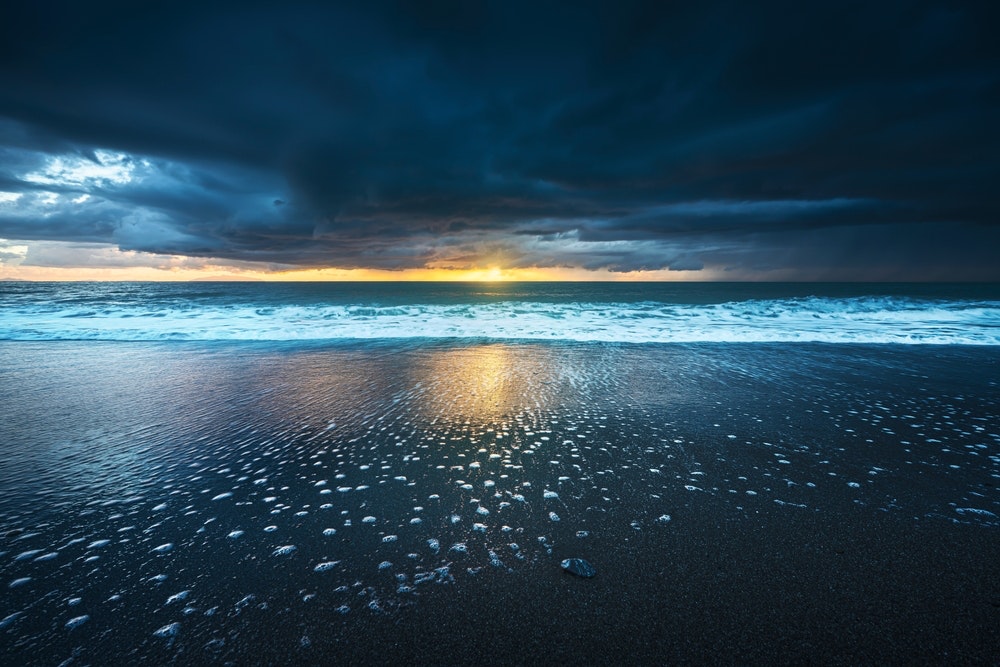 Therefore, it is very important to pay close attention to even the slightest changes in the weather and weather forecasts, even though at first glance it may seem that nothing is at risk. The sea is calm, the wind is light, but at the moment it is the proverbial calm before the storm. If you notice any signs of a coming storm while sailing, try to find shelter as soon as possible. Especially in the case of the Libeccio, you will have very little time to do so. Fortunately, these storms and their associated winds will pass within a few hours. They are most often encountered in the central and southern Adriatic.

Our selection of sailboats

Planning a holiday with the wind at your back? Then let's choose a boat!

FAQ Everything a sailor needs to know about the Libeccio wind

The Libeccio is a hot, humid wind blowing from the south-west / west, typical of the Mediterranean and Adriatic Sea. It brings strong winds, thunderstorms and large waves that can break chaotically from different directions.
The Libeccio usually follows the Jugo wind and precedes the cold front. It is very difficult to predict and often strikes within a few moments, seemingly out of nowhere. It is associated with rainy weather, poor visibility and rough seas. However, it lasts a relatively short time.
Since the Libeccio often appears out of thin air, it does not give sailors much room for thought. They need to act quickly and find a safe haven. You definitely should not be surprised by a Libeccio in the open sea, especially on smaller boats.
Ideally, it is best to anchor as soon as possible in a port or on the leeward side of a mainland or island. The Libeccio blows from the south-west and west, so the best place to anchor is the north-east or east. When choosing a marina, make sure it is well sheltered from the south-west and west.
You will encounter the Libeccio in the Mediterranean and the Adriatic all year round. In summer it is more common and during winter it alternates with its counterpart - the Tramontane. Regardless of the season, it is associated with storms, rain, strong winds and large or broken waves that make sailing and anchoring difficult.
On the Adriatic, it can usually be encountered in its central and southern parts. But it is also typical for northern Corsica and the coasts of France and Italy.