When the Croatian Bora hits: what it looks like from the deck of a sailing boat

During our voyage with the kids in Croatia, we were caught off guard by a rather powerful Bora of 30–50 knots. Find out what it looked like on the sea when it struck.
Published by Yachting.com - 06/06/2022

The Bora (also known as bura) is a real "speciality" of the eastern Adriatic coast and is known for its treacherous and violent outbursts throughout this region. Typically, with a high-pressure system dominating and under the clearest of skies, completely out of the blue, severe northeasterly winds start to descend onto the sea, lifting plumes of water foam over the sea and islands. So, what does it actually look like on deck sailing in a storm?

Occurrence of the Bora in the summer months

Despite the fact that the Bora does not create very high waves, the smaller ones it does are extremely unpleasant and if you are caught off guard, it can cause you a lot of trouble. Most boat emergencies occur in bad weather but you can avoid them if you are experienced and know what to do. "...Our skipper's whole genoa was untangled because the stopper could not hold it in winds of 40–50 knots, which is why it is necessary to have the rest of the line on the winch behind the stopper."

The Croatian marine weather forecast provides the most accurate prediction for the Bora. However, this cannot be completely relied upon as a geographically confined, short-lived Bora can elude detection.

YACHTING.COM TIP: Able to turn over a lorry and devastate a marina, yet without it there would be no famed Dalmatian prosciutto or sheep's cheese. According to the locals, only the Bora winds can dry out the local ham or shower saltwater onto the pastures of Pug Island. The Croatians have learned to live with it, but what about us sailors? Can or should we sail it? And how treacherous is it really? Find out all about the Bora in our article — The Bora: the scourge of the Adriatic.

Powerful winds may still occur in the shelter of the steep coastline and not just due to the Bora winds — during  the Mistral and Jugo/Sirocco too. Even when there is no wind, thermally induced gusty winds can occur at night, particularly after midnight, on the western side of high mountainous shores and islands.

What does it look like in the midst of the Croatian Bora?

During our sailing voyage with the kids, we experienced a Bora that hit 30-50 knots. Take a look at the photos we managed to shoot between blasts of wind. 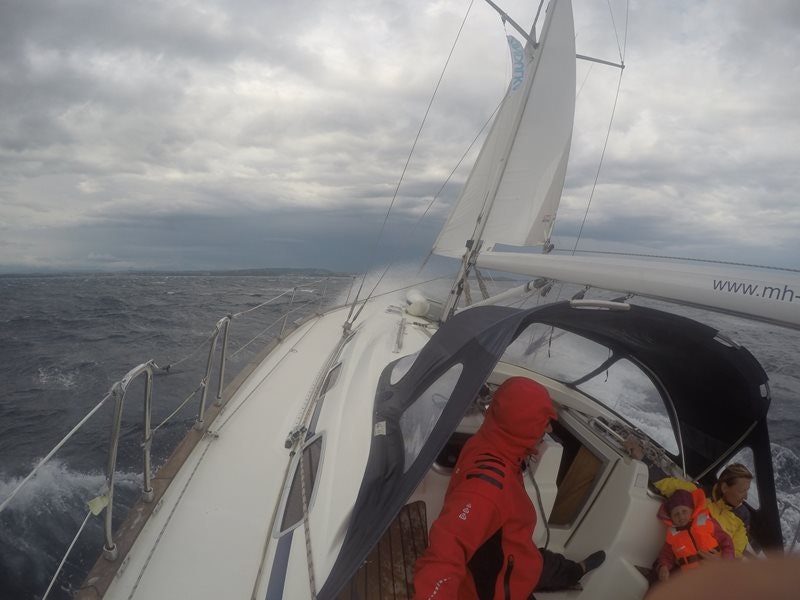 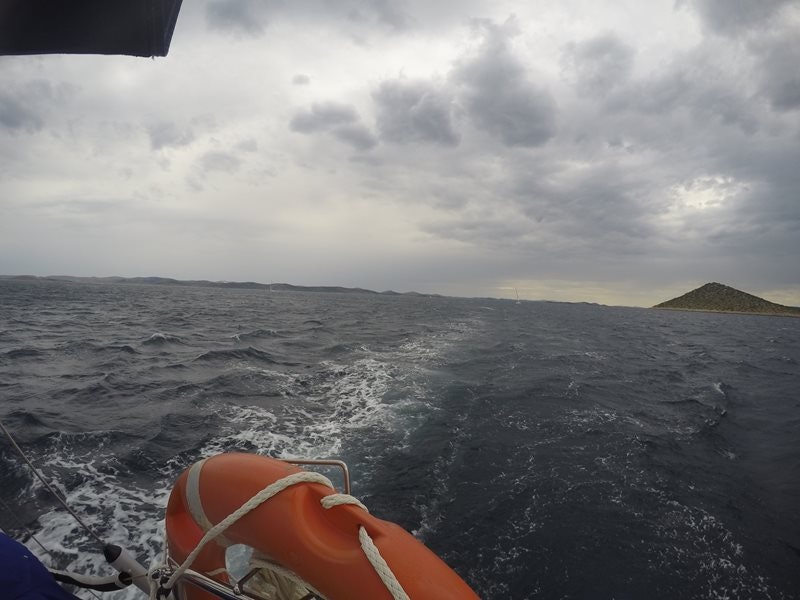 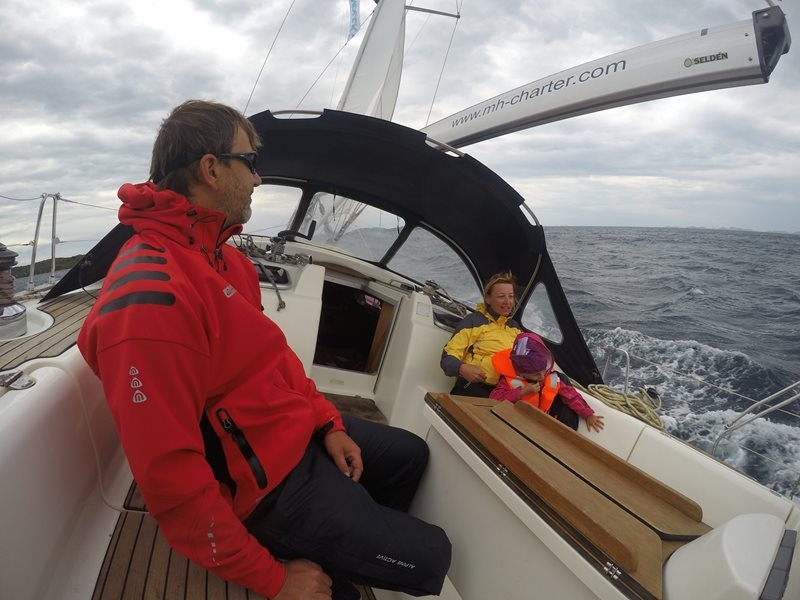 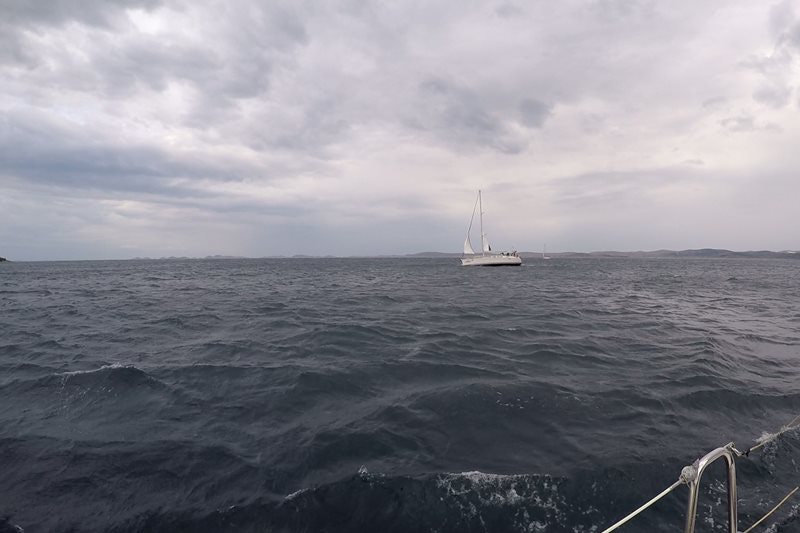 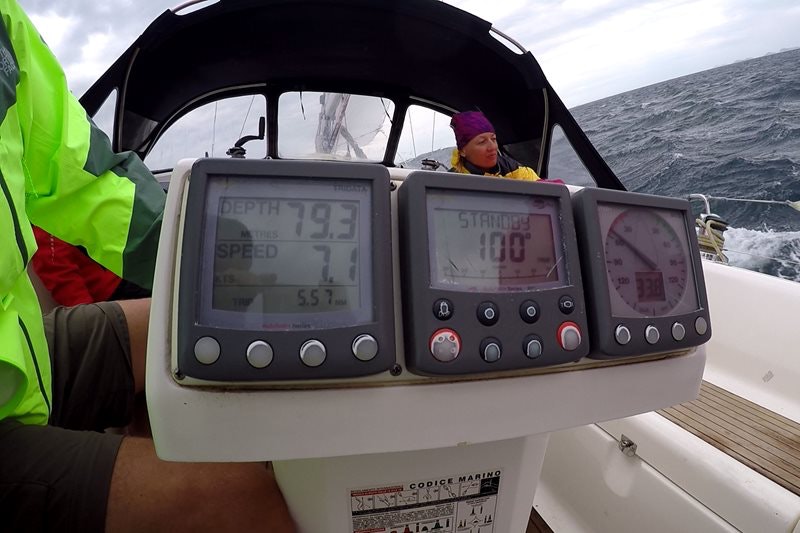 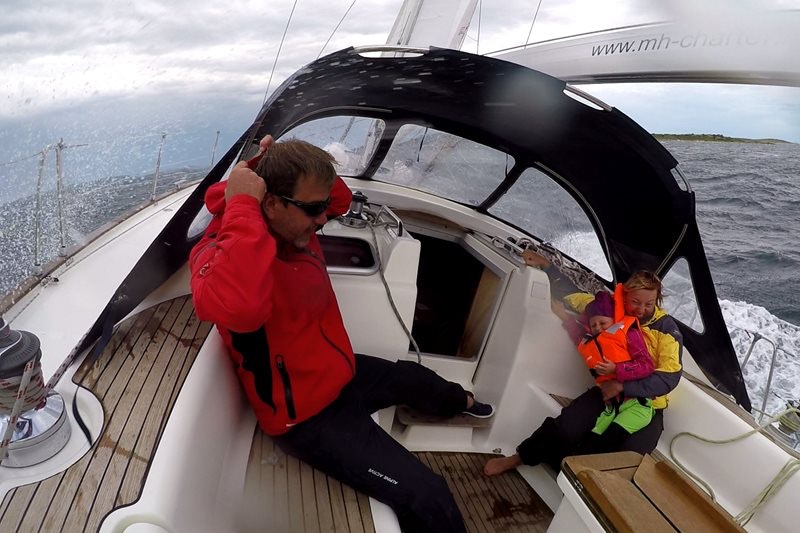 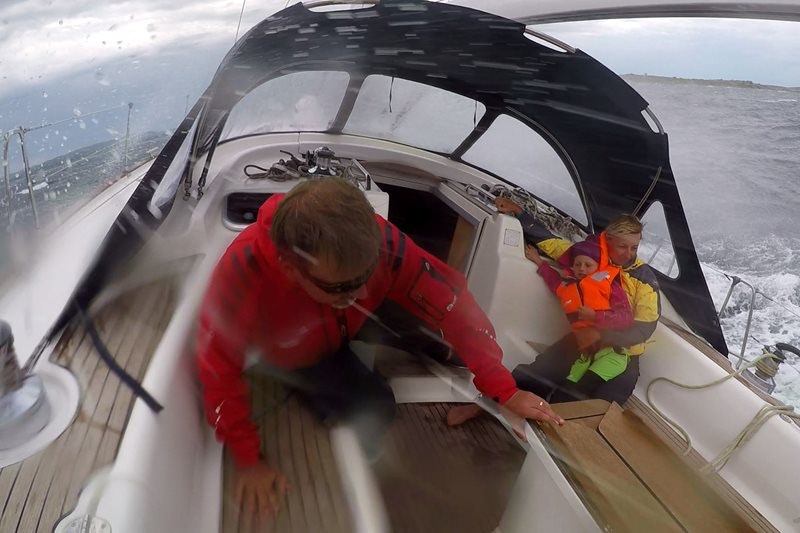 Contact me and we can choose a boat and route together. The Bora is nothing to fear.