The most dangerous creatures of the Croatian seas and coastline

Going sailing in Croatia? Beware of these sea and land creatures, whose stings or bites can make for an unpleasant holiday.
Published by Yachting.com - 09/27/2022

Even in the Garden of Eden, there was a snake. So why should a divine holiday destination such as Croatia be any exception? Find out about the most dangerous sea creatures and wildlife that you may encounter when sailing in Croatian waters. Find out how much of a risk they pose and what to do if you get stung or bitten.

Although bears, wolves, lynx and wild boar thrive in the Croatian mountains, we'll be focussing on the wildlife you might encounter in the sea or whilst wandering the sun-drenched coast. Although the injuries they can inflict are more likely to be accidental than intentional, they are nevertheless painful and can ruin your vacation. Read on to find out how to treat these injuries and prevent them from happening in the first place.

Sea urchins tend to stick to the more remote parts of the Mediterranean but Croatia, however, is an exception. The pebble beaches and rocks provide ideal places for them to latch on. After walking just a few metres into the sea, you can step on a sea urchin even on the busy Makarska Riviera. Urchin's spines are only mildly venomous, causing pain and redness, but they won't actually poison you. The main problem is how fragile they are — they break easily in a wound, making them difficult to remove.

Sea urchins are the major reason people identify summer in Croatia with water shoes, but they are also a fantastic way to protect yourself against injuries caused by rocks lying beneath the surface. If you step on a sea urchin, attempt to remove it without breaking its spines. Avoid getting stung on your hands. If any spines remain in your foot and you are unable to remove them with tweezers, visit a pharmacy. They sell a special cream (Ihtamol) that causes the spines to fall out naturally. 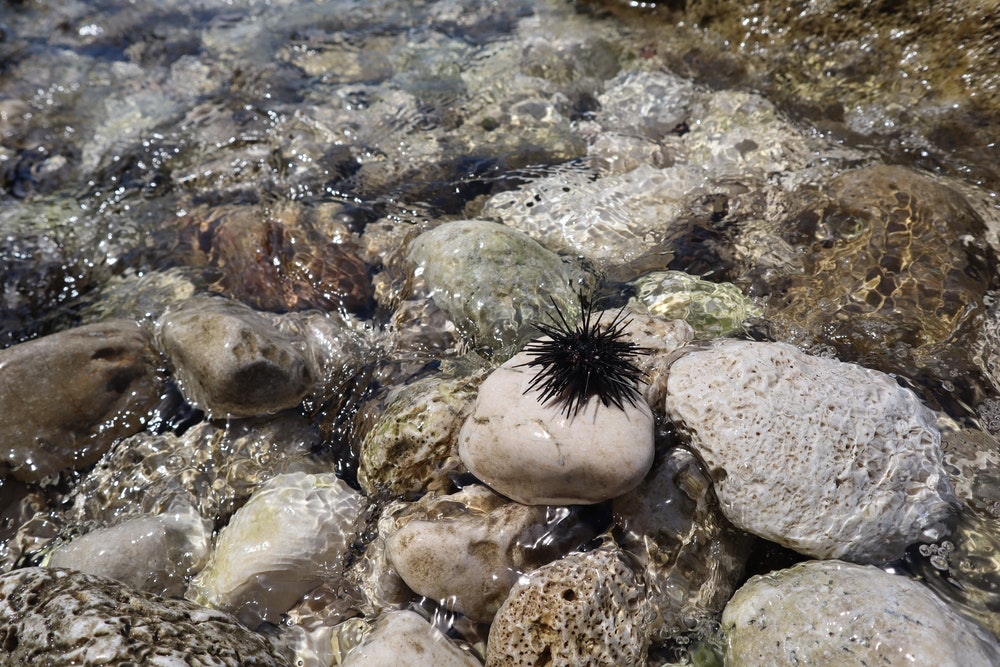 Jellyfish are carried by currents into the Adriatic Sea and often to the shore, where you may also be getting swept along by the waves. Jellyfish are nearly invisible in the water and on the shore, and you'll typically only see them after being stung. Jellyfish stings are painful and might result in consequences such as breathing difficulties or loss of consciousness. Even though fatality and significant complications are exceedingly rare, it is not a pleasant process. Indeed, their tiny tentacles contain millions of stinging cells that adhere to the skin, and even when removed, another part of the skin may be affected. 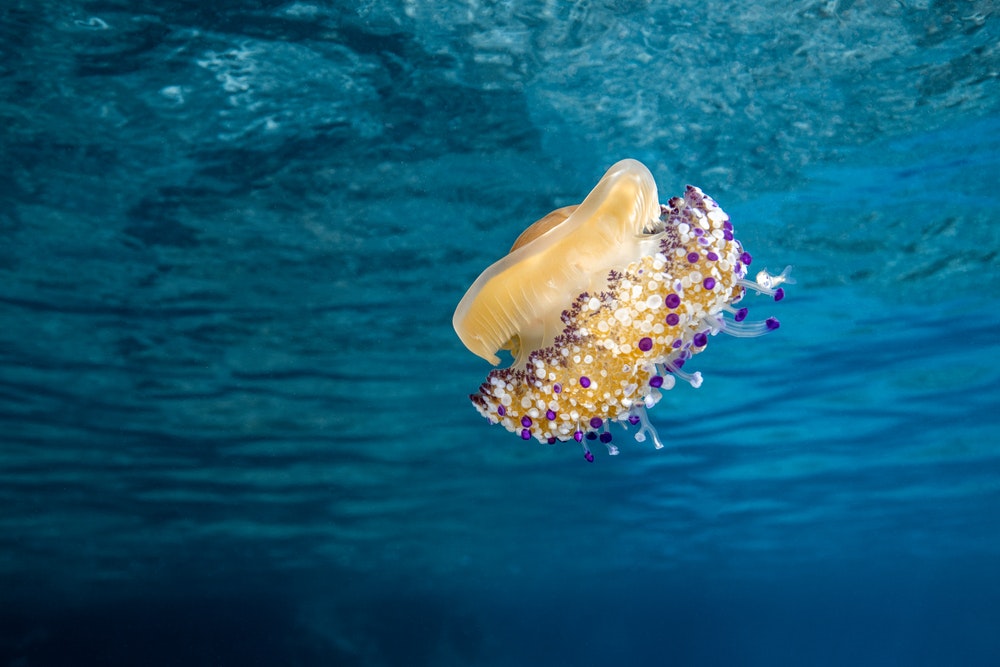 YACHTING.COM TIP: We more thoroughly covered jellyfish in our separate article — What to do if a jellyfish stings you?. First aid recommendations are often contrary to popular belief and it's always useful to know a few tips and tricks to recall in case it happens.

Weevers are stealthy fish that burrow themselves in the sand and, if they feel threatened, erect spines with venom on their dorsal fin to defend themselves. The venom causes pain, swelling, and in worse cases vomiting, fever, and abnormal heart rhythms. Such an injury is not usually fatal, but it can certainly take a few days to recover and a lot of the fun out of your holiday.

These spiny creatures won't attack you on their own, but they won't swim away from you either. They'll just do their own thing. Thankfully, an abundance of pebble beaches in Croatia provides few places for them to hide, but you can still run into them when swimming and scuba diving. Weevers are another reason to invest in some good swimming shoes. 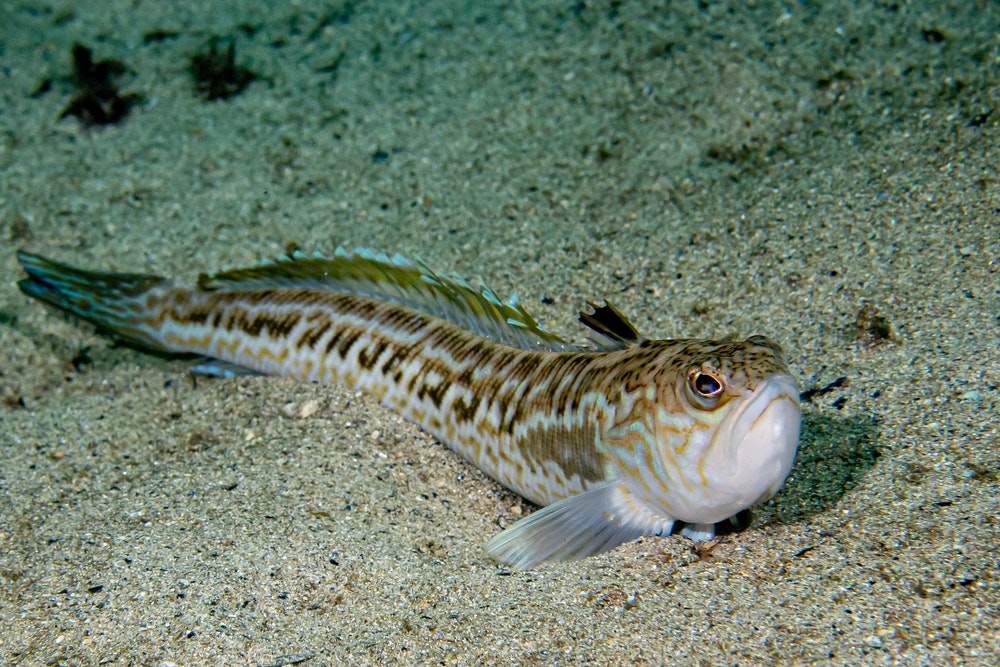 YACHTING.COM TIP: Even in the Ionian and Aegean Seas, you may encounter a few creatures whose bite or sting could make your sailing vacation unpleasant. What are they and how to avoid the risk of being stung? Find out in our article — Beware of these dangerous creatures in the Greek seas!.

Sharks have been given a bad press since the cult film Jaws. Yet their attacks are rare and only in a few cases fatal. According to available data, the last shark attack in Croatia that resulted in death occurred in the Omis area in 1974. And the last reported attack was in 2008 in the Vis area. However, it is also worth mentioning that, in this case, the diver was wearing a fish he'd caught on his harness and its blood attracted the predator.

Sharks use biting to investigate unusual things in their territory, so it's common for attack victims to slip away with a "just a taster" bite. And compared to the number of people swimming and diving in the seas and oceans each year, the number of shark-human interactions is negligible.

It is true that in some regions shark numbers are on the rise, probably due to the impact of humans on their natural habitat. Do you need to calm your nerves even more? Get rid of any preconceived notions you may have by checking out our article — Overcome your fear of sharks: learn to love them instead!. 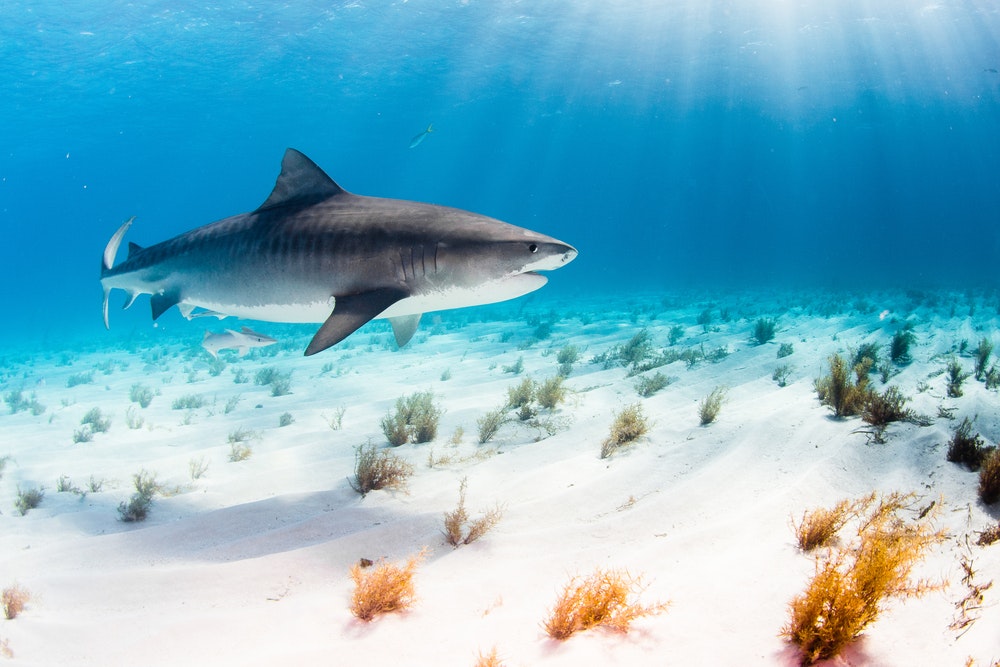 What else can you read about Croatia?

Rocky with pumice cliffs, the warm Croatian coastline is the perfect spot for creatures that are even more dangerous — snakes, spiders and scorpions. They even have an unpleasant tendency to inhabit urban areas.

Croatia is home to around 15 species of snakes, mostly the common viper found throughout Europe. Only 3 species in Croatia are venomous. The most common snakes you'll encounter are the horned viper (you can tell by the visible horns on its head), the common European viper and the meadow viper (both have a distinctive zig-zagging dorsal pattern). A viper's venom is quite poisonous, but it usually doesn't release enough of it in one bite to be life-threatening until medical help arrives. However, the situation is different for children or pets and some people may actually be allergic to the venom, something usually only discovered after being bitten.

Of the coastal areas, snakes are mostly found in Dalmatia, home to the horned viper. The locals refer to it as the "jumper" (poskok) and on to jumping season every year when the snakes bask near human settlements. As a result, local hospitals usually have the antidote.

How to avoid snake bites: 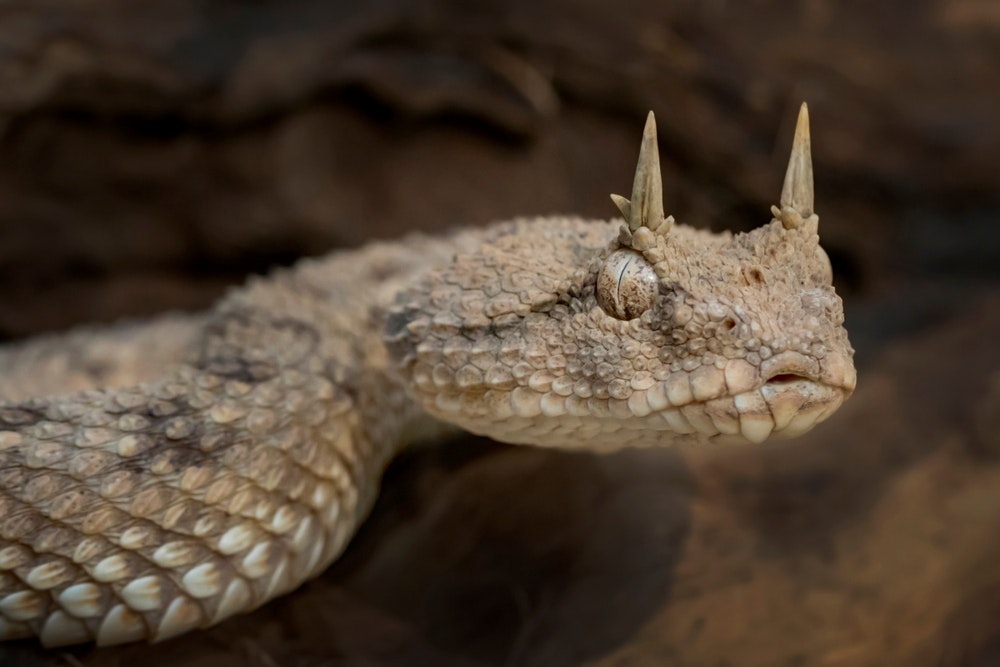 The black widow spider is a name given to around 30 species of spiders found in Croatia. All species are black, venomous to varying degrees and inhabit warmer places, which can mean an unwelcome surprise for unsuspecting tourists. Their venom is highly concentrated and some can even kill humans. So if you are bitten by any spider at all, be sure to see a doctor right away, even if you feel fine. These spiders thrive mainly in Dalmatia and Istria.

Scorpions like to live in the crevices of city walls and on sunny cliffs. And just like snakes and spiders, they don't attack without provocation. In fact, you're more likely to stumble upon one. Apparently, the bigger a scorpion is, the less dangerous their venom is — some of the most dangerous scorpions in the world are as small as spiders and almost translucent. Although you probably know this — seek medical attention if you are stung by a scorpion. 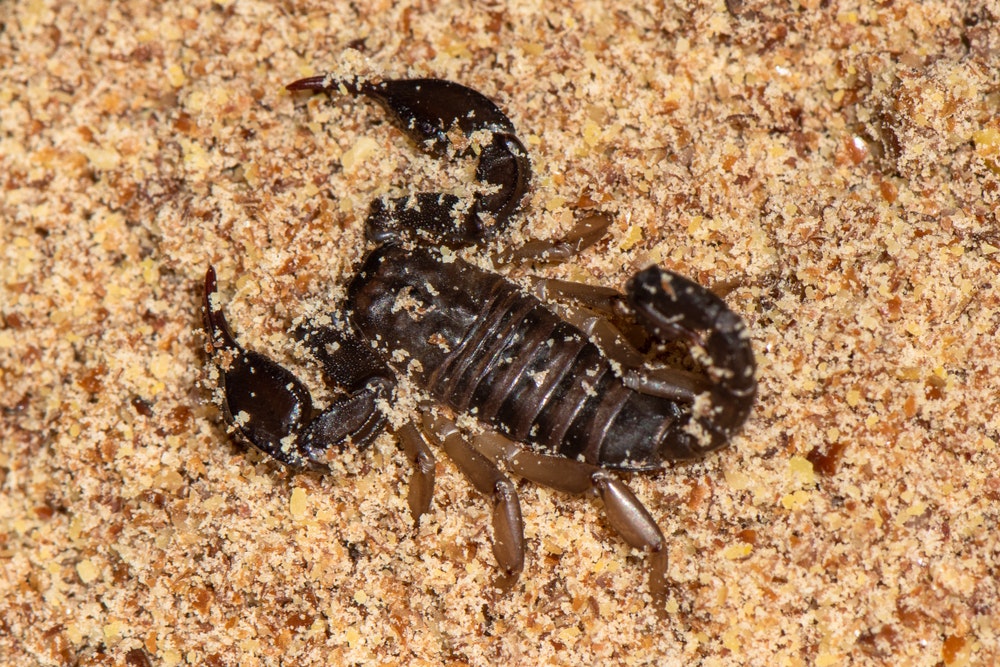 Euscorpius italicus is found in the Adriatic region of Italy and Croatia.

YACHTING.COM TIP: Snakes, spiders or scorpions are unlikely to get on board your yacht, but they could crawl into your hotel room. If this happens, never try to catch or kill them. Ask for help from the locals who have the experience. All the more reason to spend your whole holiday on a boat.

I want a holiday on a yacht

We've got Croatia covered. Get in touch for help choosing a boat or a route.

Statistically very small. Most predators avoid humans and have no interest in them. Injury is usually caused by stepping on a venomous creature — either in the sea or on land.
Sharks, but cases are rare. The last time it happened in Croatia was in 1974. Next its scorpions, spiders and then snakes. However, even here the probability of being bitten is small, the availability of antiserum is common, and a healthy adult can easily get treatment in time.
Mostly jellyfish and urchins from inadvertently stepping on them or touching them. The injuries are unpleasant and painful, but they're not life-threatening for most. There are also a number of ways to relieve the pain and heal the injury.
Be aware of your surroundings. For example, snakes, moray eels, weevers, scorpions, and even sharks will usually only attack you when they feel the need to protect themselves and their territory. It also pays to wear water shoes in Croatia.