If you decide to explore the Belgian Flanders aboard a houseboat, a total of 1,570 kilometres of waterways await you.

You don't have to sail them all to realise that Belgium is a heaven for lovers of fine cuisine, history and unique nature. In addition, the open arms of the locals await you when you visit the region, welcoming you warmly to their region and country.

Whether you choose to spend more time in cute cafés on the coast or prefer busier restaurants in historic city centres, Belgian gastronomy will appeal to you either way. Make a note in your itinerary to try the Flemish dish stoofkarbonaden stew with chips, which is prepared like beef bourguignon, except that beer is used instead of red wine. The rabbit in beer gueze is also worth ordering.

Don't skip dessert either. We'll leave it up to you whether you reach for the chocolate praline or the traditional waffle. Once you've docked, head over to sample the famous Belgian beers. For such a stop, we recommend the Straffe Hendrik brewery in Bruges and the Dulle Griet bar in Ghent, which has more than 250 beers on its list. 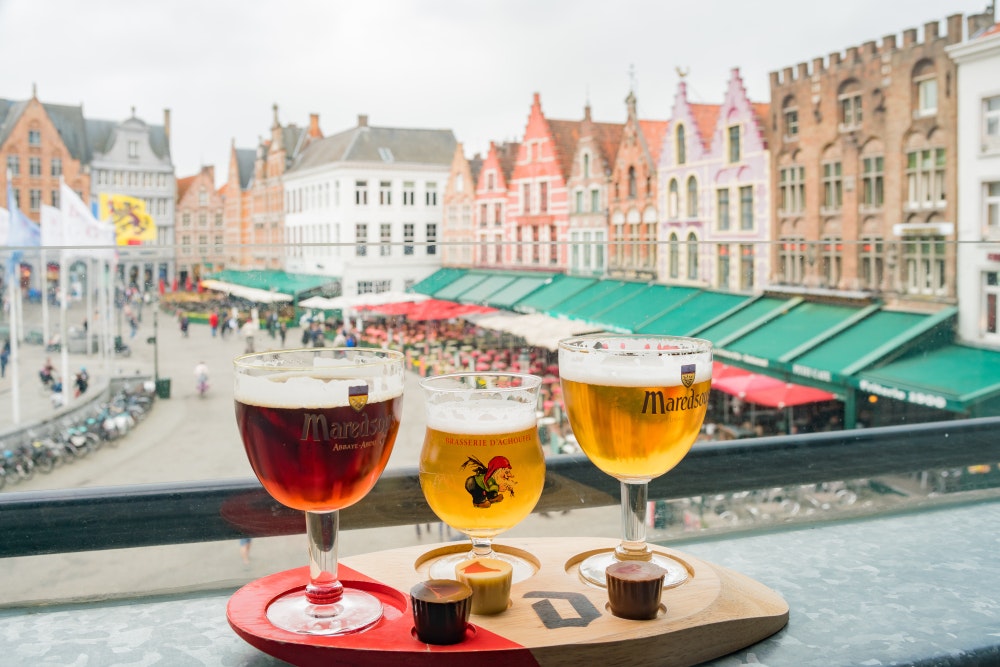 According to some sources, there are a total of 470 castles in Flanders, 50 of which can be found in the cosmopolitan city of Bruges. The place, criss-crossed by canals, boasts more than 80 bridges. No wonder Bruges reminds travellers of Venice, Italy. In its day, the waterways and access to the sea made the city the busiest commercial city in the world and the richest in Europe. Today, beautiful Bruges is a wonderful place to enjoy shopping and good food.

Don't miss Ghent, the former capital, which is reached by a canal built in 1886. The ubiquitous arched bridges blend in perfectly with the Gothic architecture, which gives the city a distinctive atmosphere. Admire St. Bavon's Cathedral and climb to St. Michael's Bridge for a spectacular view of the medieval city.

Ypres, also called Ieper, is famous for its World War I museums. Be tempted and let the canals take you to smaller towns such as Diksmuide, Veurne, Oudenaarde, Oudenburg, Bossuit and Deinze. Each of these towns tells its own history — from tapestry making and fabric dyeing to farmers' markets, bakeries and bookbinding.

We doubt you'll tire of Belgium's historic towns any time soon, but if you do, head to the beaches of Neiuwpoort and Oostende, where you can relax in the many cafes as well as get active, perhaps surfing.

If you're holidaying in Belgium with the kids, make them happy and include a visit to Bellewaerde Park in Ypres, where they'll enjoy the fun attractions as well as the rare animals that are hard to see. The other option is Brielmeersen Park in Deinze, which attracts with mini golf and a bamboo labyrinth. The little ones, however, are guaranteed to enjoy a cruise in Belgium even without visiting the parks — chocolate is available on every corner in this country.

A fabulous holiday – that's Belgium on a houseboat. We will be happy to choose one for you. 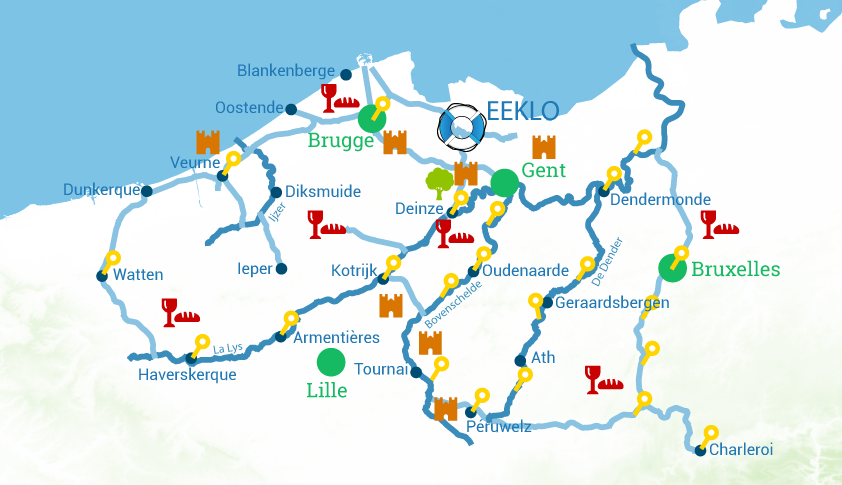 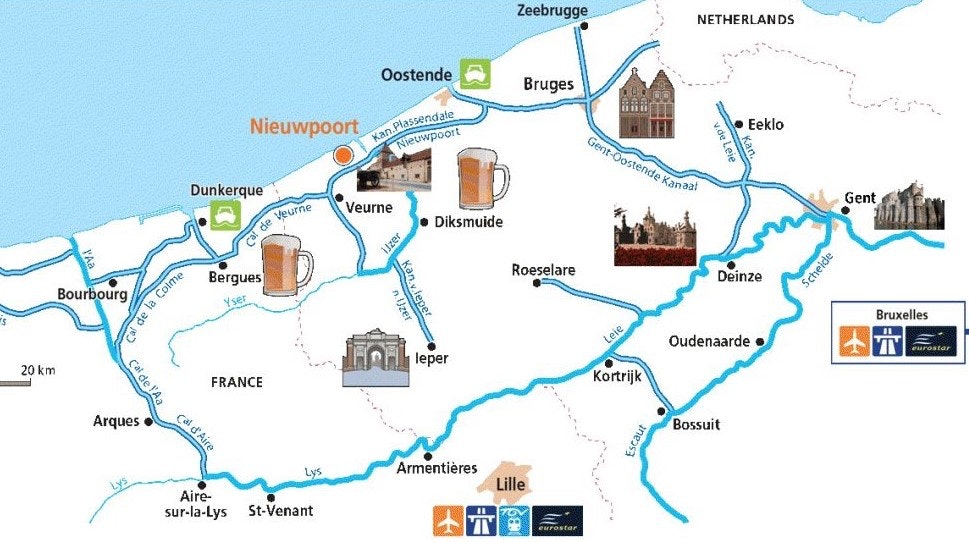 One of the best and most beautiful short cruises. Spend time in the delightful city of Bruges - perfect for chocolate and shopping. You'll find plenty of bridges, great restaurants, galleries and boutiques.

Cruises for a week

On this route you will sail along the waterways to the beautiful city of Bruges. You will visit the memorial to the victims of the war in Ieper. You can spend time in the former Spanish fortress of Veurne, famous for its bakery museum. End your cruise on the beach at Nieuwpoort.

This wonderful cruise takes you to the coast and the teeming harbour of Ostend, to ourthe beautiful city of Bruges, the former Flemish capital of Ghent and the beautiful city of Deinze. You can see how the rich and famous live in St. Maartens Latem. This place has become an inspiration for many artists.

Enjoy all the Belgian cultural charm on this wonderful two-week cruise to Oudenaarde – the capital of the Flemish tapestry industry, which is still thriving today. There are valuable tapestries from the 17th century. Along the way you will visit Bruges, Ghent, Deinze, Kortrijk and Bossuit.