Relax at the famous resorts of the Canary Islands, go hiking in the national parks, or hit the high seas for adrenaline-fuelled Atlantic sailing.

Known as the "Islands of Eternal Spring" due to their consistently pleasant weather, the Canary Islands occupy a small corner of Europe (an independent territory of Spain) and more importantly for us sailors — located in the Atlantic Ocean. The islands offer many a skipper the opportunity to make their dream come true of ocean sailing. Read on to find out everything you need to know about sailing there, including 2 fantastic sailing routes.

The Canary Islands consist of seven main islands — Tenerife, Fuerteventura, Gran Canaria, Lanzarote, La Palma, La Gomera and El Hierro. In addition to these, there are several other smaller islands of volcanic origin — La Graciosa, Alegranza, Isla de Lobos, Montaña Clara, Roque del Oeste and Roque del Este, which can be found in the Lanzarote area. Each of the islands is a little different and, as such, promises a different tourist and sailing experience.

Although the distances between the islands are short, the Canary Islands are definitely not the best choice for novice crews. It's important to remember that we're talking about the waters of the Atlantic Ocean, and these are more challenging and treacherous than the Mediterranean.

On the other hand, for more seasoned skippers, the Canaries are an ideal opportunity to try out more challenging ocean sailing and anchoring in the safety of islands with a great yachting infrastructure. 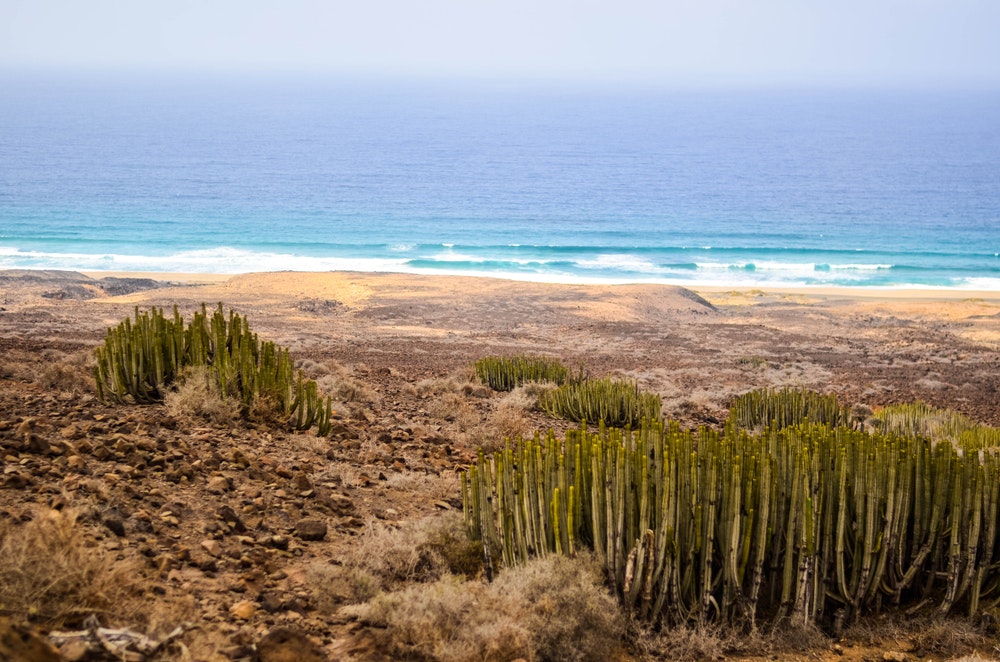 Where to sail in the Canary Islands

If you look at a map, you'll notice that the Canary Islands are divided into two groups of islands with different conditions on land and water. The ocean sailing around La Palma, La Gomera and El Hierro, where the Atlantic already makes its presence felt, is even a challenge for experienced crews. These islands are off the beaten track and will be enjoyed by those who love wildlife and endless ocean views.

In contrast, Lanzarote, which is closest to the European mainland and is a popular tourist destination, boasts a good yachting infrastructure and plenty of marinas. It is in the Lanzarote area that you will find the remaining smaller islands. They are often uninhabited and you won't see many tourists along their shores which makes them ideal if you are looking for privacy.

Of course, you can sail around all the islands in one go. But you should allow at least two weeks for that. Although the distances between the islands are relatively short, the Canaries offer way too many attractions to rush your visit.

Lanzarote and Fuerteventura are the closest islands to the mainland, and yet they're a little off the radar from the cluster of other islands. Along with the small surrounding islands, they provide the opportunity to get a feel for the waters around the Canary Islands thanks to relatively short crossings. 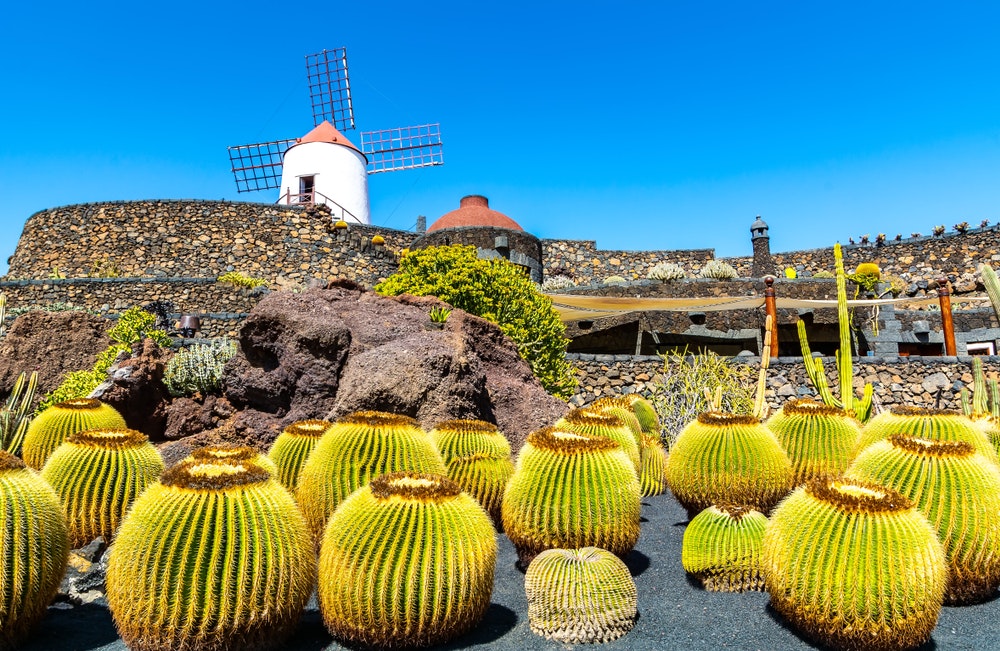 Tenerife is the most common starting destination because of the two airports conveniently located in the north and south of the island, near which the main marinas are clustered. The route is suitable for more advanced crews who can handle anchoring in the open sea and longer crossings of between 40 and 75 NM. If you choose this itinerary, you'll be rewarded with dynamic sailing in gentler ocean waters and stunning views of the vibrant houses of Puerto Mogan harbour. 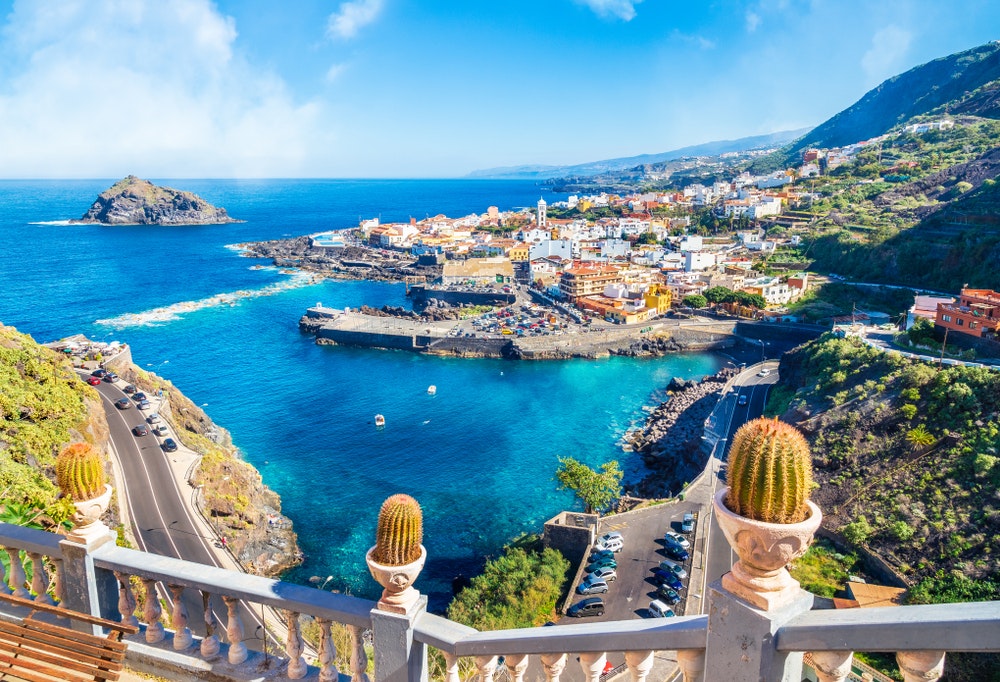 The town of Garachico on the island of Tenerife

YACHTING.COM TIP: The fourth day of the sailing route offers two interesting options. Firstly, you can sail to El Hierro, the westernmost island of the archipelago. Secondly, you can stay on La Gomera, take a day trek through the laurel forests of Garajonay National Park, which a UNESCO World Heritage Site, skip El Hierro, and continue on to La Palma on the fifth day. 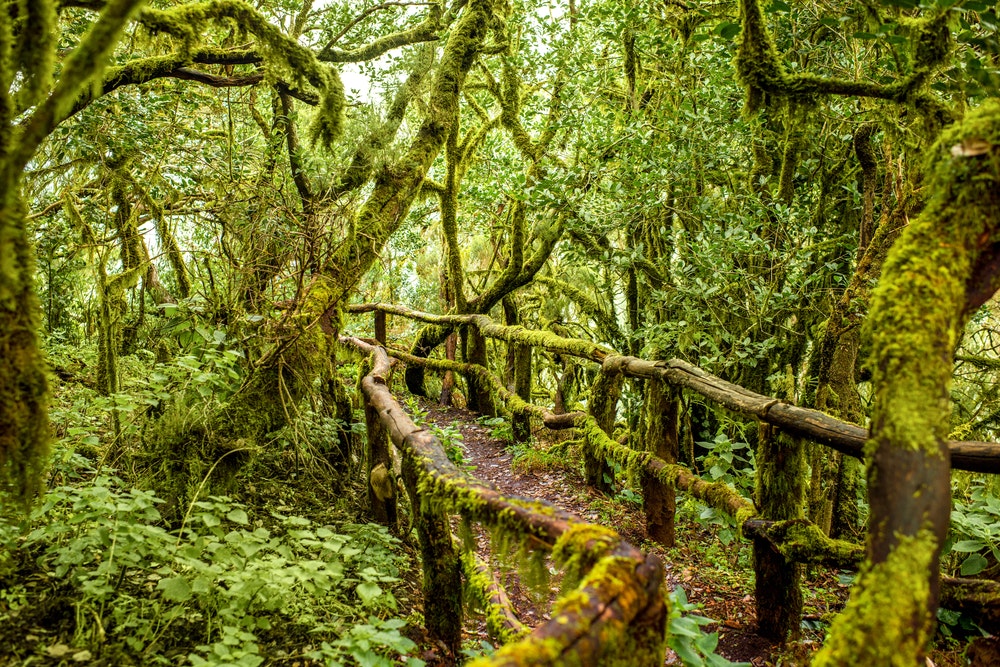 Where to anchor in the Canary Islands

Popular anchorages well-protected against wind and swell (a series of waves at regular intervals that originate in the ocean and move offshore, where they rise and begin to break against a shallow bottom or other obstacle) are — Las Palmas, Vueltas and Punta de la Vega on Gran Canaria, La Puntilla on Tenerife, Playa Francesca on Lanzarote, Playa del Pozo on Fuerteventura, Paso de la Orchilla on Lobos and Playa de Chinguarime on La Gomera. 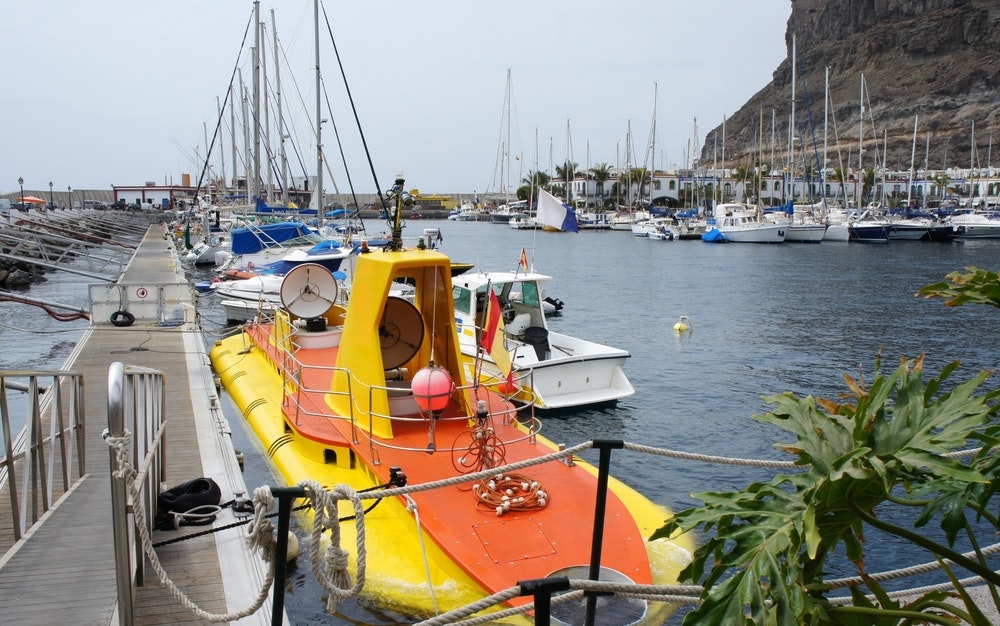 Moorings are available in the marinas. Among the best rated are Marina Lanzarote, Marina Rubicon, Marina la Gomera, Pasito Blanco in Gran Canaria and Marina Santa Cruz in Tenerife. However, you will find others on your voyage that are similarly equipped.

Find me a boat in the Canary Islands

Climate of the Canary Islands

The Canary Islands are swept by from the north and northeast by winds called trade winds. They are known as such because they provided a good and stable propulsion for merchant ships sailing from Europe to South America. And as skippers, you can use them too when sailing from the northern parts of the islands towards the south and southwest. Trade winds are generally dry winds, but on the way across the ocean they pick up enough moisture to precipitate over the island mountains, bringing with them clouds but also optimum conditions for windsurfing and other water sports.

Winds from the Sahara: the Calima

The eastern islands of Lanzarote and Fuerteventura are also influenced by the climate from Africa, especially the cold ocean current from the north that moves along the African coast. On the other hand, in July and August, heat waves can come from here, lasting only a few days, but bringing temperatures of around 40 °C, plus dust and sand that drifts through the air. Locals call this warm Saharan wind the Calima and it commonly reaches as far as Tenerife, where the fog of sand makes it impossible to see a thing.

Due to its location in the subtropical climate zone, the temperature on the islands ranges between 20 and 30 °C throughout the year. There are no big fluctuations between day and night temperatures. Nevertheless, especially when hiking in the mountains, you may be unpleasantly surprised by the significant differences between the weather at sea-level and at higher altitudes. Even if it's swimsuit-only at the beach, if you're going to the mountains, bring a waterproof jacket and a mid-layer. You'll really need it.

YACHTING.COM TIP: As visitors, we cannot predict these local weather fluctuations and they can catch us off guard, both in our dinghies and at the helm. So in addition to keep a close eye on the weather forecast, we recommend trying to get some advice from the locals. 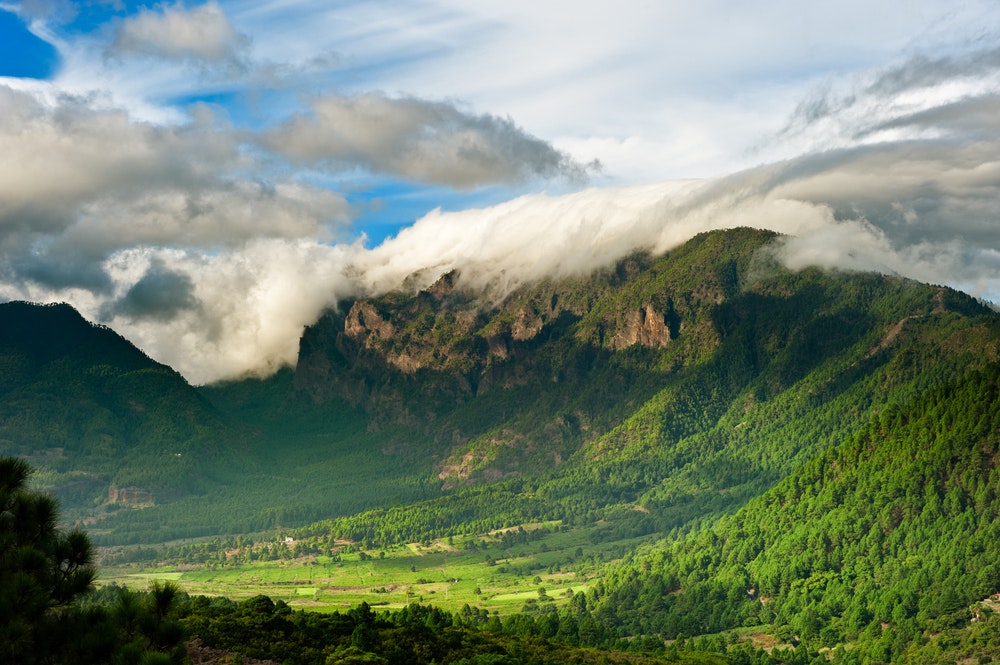 Getting to the Canary Islands

The Canary Islands are considered a bridge between four continents — Africa, North America, South America and Europe. In high season, you'll find visitors from all these continents, as each of the seven main islands has an airport, Tenerife even has two. After all, a plane is the best way to get to the islands. There are regular ferries from Portugal and Spain, but they take an unnecessarily long time to get there and the ticket price is comparable to flying from most European capitals.

For experienced crews, however, taking your own boat to the Canaries can be an interesting option. If you do this, you can stop off midway in Madeira, which we consider to be an advantage. And speaking of crossings, you can travel between the islands by plane, ferry, or on your own yacht — an option we're obviously interested in.

YACHTING.COM TIP:  What are the specifics of crossings between different countries, is it even possible with a charter and what do you need to sort out? Find out everything you need to know in our article — Can you cross national borders with a charter boat?. If you're experienced, comfortable with your crew and looking for a new challenge, you could even try the almost 1,500 NM two-week sail from Mallorca via Madeira to the Canary Islands.

Boats on offer in the Canary Islands:

For lovers of diving and snorkelling

The Canary Islands will capture the heart of every scuba-diving sailor. Visibility here is normally over 30 metres and the water temperature doesn't drop below 20 °C even in winter. You'll enjoy breathtaking diving among the volcanic rocks and reefs . The Atlantic is much more varied than the Mediterranean, with schools of fish, giant porpoises, tuna, barracuda, moray eels, octopuses and turtles. You may also encounter dolphins, manta rays or whales.

The best diving spot is in the natural marine reserve off Lanzarote between its northwest coast and the islands of La Graciosa, Montaña Clara and Alegranza. The waters here are so protected that fishing has been banned, and even diving is only possible with a permit.

Despite its small size, the Canary Islands are home to an impressive number of famous sights. San Cristóbal de La Laguna is part of the metropolis of Santa Cruz de Tenerife — home to ancient temples and two monasteries, but best known for its vibrant colourful houses squeezed along its narrow streets. If you're tempted by even older dwellings, head to the island of Gran Canaria, where you'll find the archaeological site of the pre-Hispanic Risco Caído culture.

For nature lovers, head to Tenerife's Teide National Park. Its landmark is the Pico de Teide volcano, one of the largest volcanoes in the world and the highest peak in Spain. The area's beauty rivals that of Garajonay National Park on the island of La Gomera — a lush green jungle compared to rugged and rocky Teide.

Not your first time at the helm? The Canary Islands are a great choice. We'll be more than happy to find you a boat. 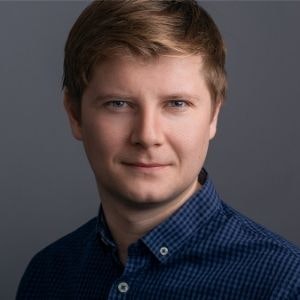 FAQ Or What to know before sailing to the Canaries

We can only recommend the Canary Islands to experienced crews who have enough experience to venture into ocean waters.
The islands are famous for their pleasant sunny weather, which is more or less unchanged throughout the year. The Canaries are therefore popular even in winter.
The usual sailing trips are around Tenerife, La Palma and La Gomera, which are in the west and attract sporty sailing in ocean conditions. The islands of Lanzarote and Fuerteventura are the closest to the mainland, and there are a number of small islands and natural aquatic reserves in their vicinity. Both areas have their own charm. Both can also be circumnavigated in a two-week boat charter.
The cheapest and quickest way is by plane. All seven of the main islands here have their own airports connecting the islands to Europe, North and South America.
The local ports have well-equipped marinas with moorings. Otherwise you can anchor in bays that are well protected from winds and swell.