At first glance, the activities of sailing and running seem so far removed from one another that they just don't belong together. The wide open sea versus narrow trails through the hills. Yet there is a relatively high proportion of those who love to stretch their legs over longer distances. If you're one of them, our tips for running in Croatia are just for you.

At first glance, the activities of sailing and running seem so far removed from one another that they just don't belong together. The wide open sea versus narrow trails through the hills. Yet there is a relatively high proportion of those who love to stretch their legs over longer distances. If you're one of them, our tips for running in Croatia are just for you.

Everything is great on a yacht, that's for sure. But sometimes even a sailor through and through longs for an opportunity to change the course of their vacation, place their feet upon the treacherous solid ground and admire their hobby at a distance so that they can return to it again later. One of the most best complementary activities is undoubtedly running. And the Croatian coastline, where the air is filled with the scent of pine, is the perfect setting for it. 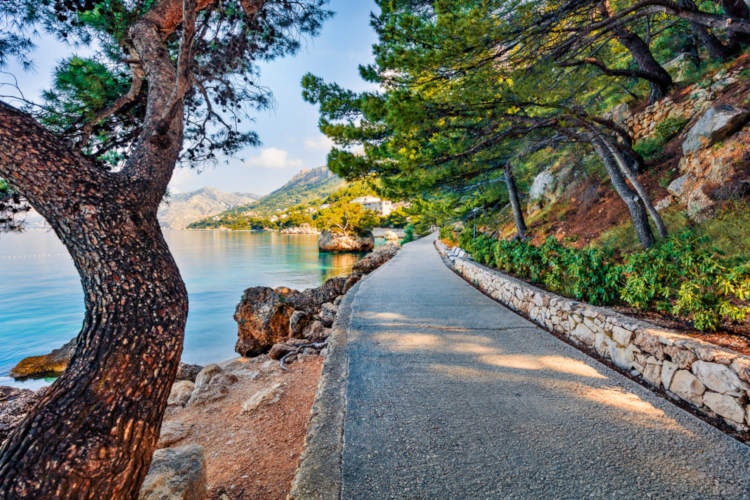 Before we set out on an adventure in the spirit of Run & Sail, it is good to prepare properly and thoroughly. Running in Croatia has its specifics.

GIGA-TIP: Get some inspiration from the cross-country trails we've tried out for you in Croatia!

You're likely to experience yachting in Croatia over the summer months, when temperatures peak and this can cause problems. You need to take into account how much your body is used to exercising at higher temperatures, but in general there are certain rules that are applicable to everyone.

It is best to run early in the morning, when the sun hasn't had a chance to heat the roads and stones to such a level that stopping could bake the soles of your running shoes. Running in the evening also has its charm, but keep in mind that the surrounding countryside throughout the day accumulates heat, which only dissipates slowly. 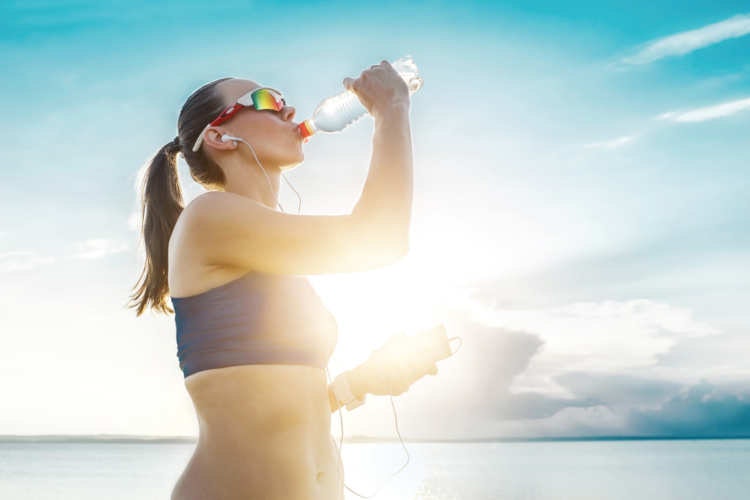 TIP: Do not underestimate fluid loss. Especially when the effort is more than moderate, you can easily lose four litres per hour in the heat!

Always take plenty of water with you – both for drinking and for cooling your head and neck. They have a good policy in the Arizona desert that you can apply to Croatia in summer as well: Find out how much water you need - and then take five times as much!

Protect yourself from overheating

Another difficulty that the sun brings is from its direct rays. Sunscreen is probably the first option we think of. However, not all creams are compatible with the increased amount of sweating during physical exertion. It's worth trying out long sleeves and trousers. Today, there are special running sleeves made of materials that help cool the body. This will protect you from harmful ultraviolet radiation, and provide additional help with thermoregulation.

Proper sunglasses are a must. In general, yachtsmen spend much more time in the open air than others, so their eyes are exposed to sunlight longer. Quality shades are really worth it both on board and in the marina. If you are headed up from the sea, an additional eyeglass cord may also be useful to prevent strong gusts from depriving you of your eyepieces. This can be super useful for yachting itself. 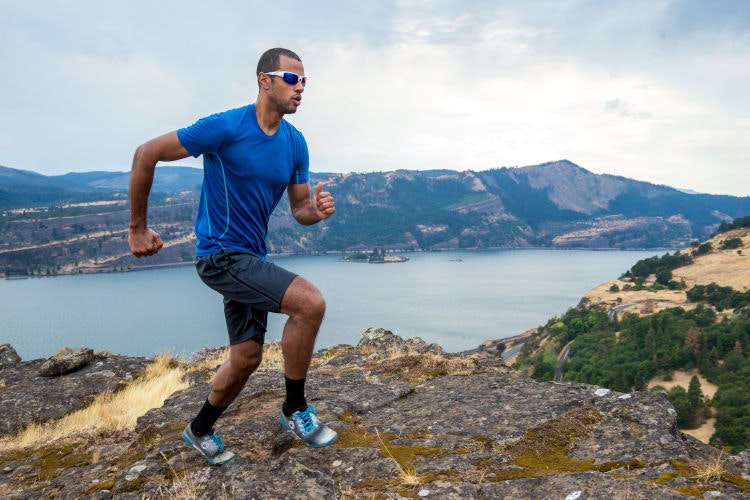 If Croats occasionally sound their horn at you on the road (often at people and cars on empty roads), they aren't trying to drive you off the road into the nearest prickly bush, but they do it out of the pure joy of seeing you and wanting to greet you. Therefore, there is no need to show your middle fingers right away, as we would rightly do in our country, simply return the greeting with a wave and a smile.

Which shoes are the most suitable?

The coast of Croatia and its islands are perfect for pure unbridled running. If you avoid the large popular resorts, you can enjoy a fairly moderate amount of traffic - but most of all, you can easily switch between roads, gravel, macadam, or challenging single-track rocky trails. 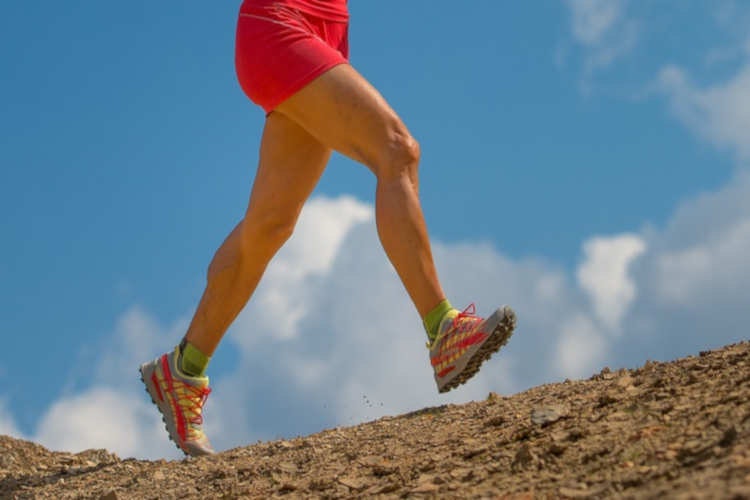 For this reason, it is best to equip yourself with running shoes in Croatia that can handle both road and off-road whilst maintaining maximum comfort. We've had good experiences with, for example, the Columbia Montrail Variant X.S.R. trail running shoe. The Nike Air Zoom Wildhorse and the Mizuno Wave Daichi are also comfortable for running on- as well as off-road.

TIP: For the Croatian terrain definitely choose shoes with a more durable upper. Suitable fabrics such as Cordura, have increased wear resistance and are also more resistant to tearing. Choose a sole that holds well on wet stone. Croatian limestones, especially on well-worn trails are exceptionally slippery when wet!

Croatian 'macadams' have nothing to do with nuts of a similar name. The name originates from the name of a Scottish builder John Loudon McAdam, who invented a quick way to build paved roads at the beginning of the last century. Originally the point was that the road consisted of three layers of properly compacted stones and stones of different grain. Croatian roads are usually very far away from this ideal, but the name of the Scottish engineer, however, lives on with the popular name of all gravel roads. 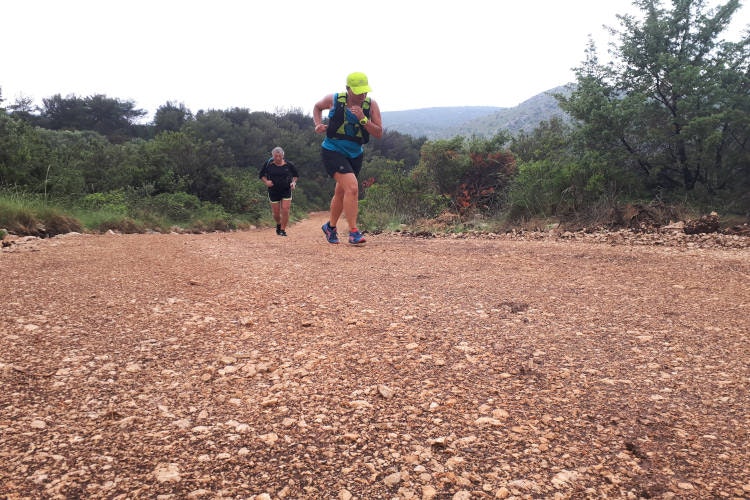 On a boat, you mainly use the power of your upper limbs. Our arms and hands work as we pull the rigging through the winch, holding onto the shrouds and when our boat rocks in the waves, it sometimes requires all our strength to descend the stairs safely below deck. A sailor's legs aren’t relied upon nearly as heavily. At most they dangle over the edge of the deck whilst you sit around the railing or generally when trying to balance on this unfavorably inclined dwelling.

Every true sailor takes care of the balance not only of his psyche, but also of his body. That’s why immediately after landing at a nice marina, sailors are increasingly beginning to think about their running shoes and how to conquer the hills that seemed so inaccessible when viewed from the berth (at least for the others). Pleasantly tired after the run, the sailor returns to their boat, with an even greater appreciation than before, if that’s possible. Yachting in conjunction with running simply makes people happier. So why not be a cross-country sailor too?! (We ask you on behalf of our founding father Jiří Zindulka, who also loves to run and is able to overcome trails of much longer than the classic marathon.)

Do you want to spend your sailing holiday even more actively? Try a holiday in the spirit of Run & Sail! You will find the best boats for such an opportunity with us.
Boats in Croatia

Looking for a boat? Contact me, we'll run it together!