The 5 best books about sailing the seas: perfect holiday reading for sailors

Whether you're sailing the high seas or just getting into the spirit before your trip, enrich your summer by relaxing with a fantastic book about voyaging adventures. We've put together a list just for you.

There's nothing better than lounging on a sun-drenched deck, gently rocking on the waves with the breeze washing over you and a great book in your hand. And what better subject than sailing at sea? Here are some of our picks for the best reads about sailing adventures.

PROFESSIONAL (BUT READABLE) LITERATURE ABOUT SAILING:

Paul Gelder's books are required reading for all skippers. The best way to learn is from your own mistakes, but making mistakes can sometimes be fatal. With 45 dramatic stories of yachts lost a sea, packed with first-hand accounts and brought together by an experienced yachtsman and British Yachting Monthly magazine editor, you can learn from their mistakes. Fortunately, in most cases, at least the crew was spared (although every loss, including that of the boat, is painful). Analyzing the reasons why the disasters occurred, the author comes up with recommendations on how to avoid similar tragedies. Although this is essentially a work of professional non-fiction, trust us, these short accounts are far from boring.

A sequel to Gelder's bestselling Total Loss, this will be a welcome addition to your library. This new collection brings together 30 more terrifying and compelling stories of shipwrecks and sinkings caused by weather, storms, faulty navigation, collisions, gear failure, fire, and crew exhaustion. It is a gripping read that carries valuable lessons.

3. The Lonely Sea and the Sky (Francis Chichester, 1964, Summersdale)

In 1967, Francis Chichester became the first person to sail single-handed around the world from east to west via the great capes, and as a result, was knighted by Queen Elizabeth II. In this book, he recounts his beginnings as an amateur aviator and pilot, and how he turned to sailing — in particular his two solo voyages from England to New York which gave rise to a popular yacht race across the Atlantic (the Sunday Times Golden Globe Race). This is the story of strong will and indomitable courage told with dry British wit by a man who experienced it all first hand.

In 1947, legendary Norwegian explorer and adventurer Thor Heyerdahl set out on adventure on a balsawood raft from South America to Polynesia to prove his theory that the South Sea Islands had been settled by an ancient race, undertaking a similar voyage. The book, a bestseller in its day, is a record of this astonishing journey — the experiences of 6 people, their coexistence, their knowledge and their merging with nature, the sea and its inhabitants ... and their eventual landing in Polynesia.

YACHTING.COM TIP: What about female sailors? For a long time, women were simply not allowed to sail on board a ship. Yet, undeterred, some of them still managed to conquer the seas. To find out the ones that made history, check out our article — Women aboard: the most famous female sailors of all time.

As the heroes of these classic novels have their adventures in the Lake District in England, Swallows and Amazons doesn't strictly belong on our list. Still, no list would not be complete without a novel from this classic series, especially as it may have even been one of Ransome's works that got you into sailing in the first place, fuelling your desire to explore the seas. No matter what, they make perfect bedtime reading for your kids in a gently rocking cabin of a sailing boat.

The Swallows and Amazons series is a series of 13 children's adventure novels about the adventures of the Walker siblings (on a dinghy named Swallow) on holiday at a lakeside farm and the local Blackett sisters (on the Amazon) who live on the opposite shore. The children sail their little sailing boats around the lake (in some books on the Norfolk Broads or even tropical seas) and their childlike imagination is wonderfully encouraged by their parents and other relatives. The first book, Swallows and Amazons, published in 1930, was a spectacular success, leading to 11 equally successful books in the series. Unfortunately, the 13th book Coots in the North remained unfinished at the author's death, with the first few chapters later edited and published by his biographer. The books have been adapted to screen and stage, although without much success.

Due to his dislike of the illustrations commissioned for the first two books, current editions of the books have illustrations by Ransome himself in pen and ink. The novels do often require the reader to have quite a lot of knowledge about boats and sailing, but publishers of newer editions have supplemented them with explanatory notes.

YACHTING.COM TIP: If you enjoy yachting, then don't miss our list of the best sailing films of all time — our pick of adventure stories, thrillers and documentaries about sailing, as well as films for our little sailors. Also check out our list of the 10 most famous fictional sailors, featuring adventures that haven't just fascinated us since childhood, but perhaps sparked our own desire to sail the seas. Which is your favourite?

Are you tempted to become a captain? With us you can! 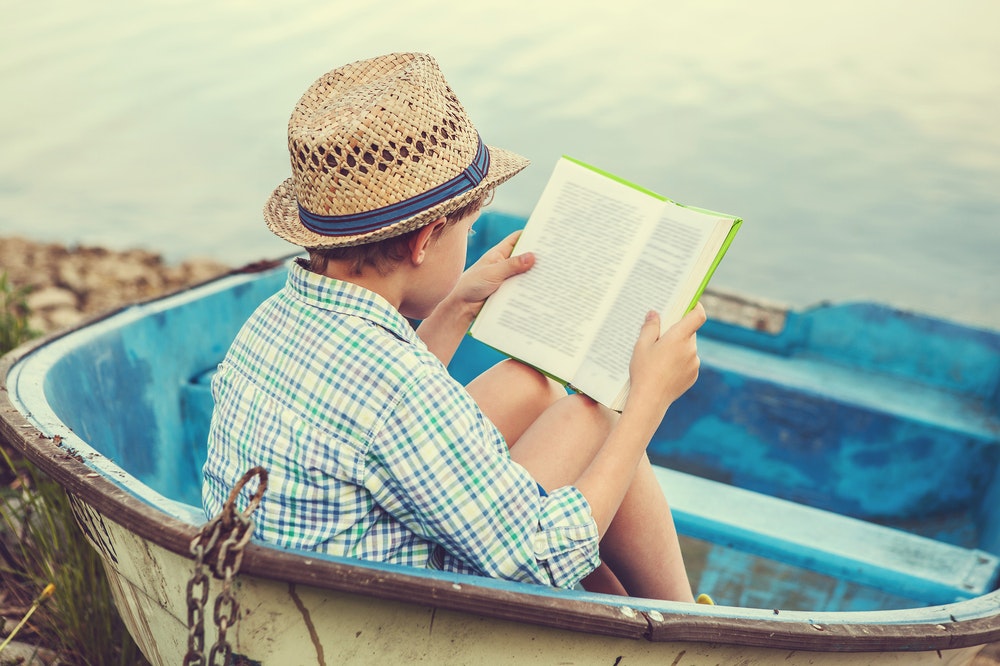 On which boat will you set sail on adventure?

Got a question about the skipper's course or want help choosing a boat? Get in contact.