Why is it worth renting a gennaker with your charter boat and what does it offer compared to conventional sails?
Published by Yachting.com - 04/07/2022

Have you ever considered renting a gennaker — the most common speciality sail seen on charter boats? When you rent a boat, you don't automatically get a gennaker and it usually comes packed in a bag at check-in with each skipper having to rig and hoist it themselves before sailing. This may make it sound complicated, but there's nothing to fear. Here are 5 reasons to persuade you to try it out on your next voyage.

Almost every sailor can handle the mainsail and genoa, but if you really want to improve your sailing skills, we recommend renting a gennaker. It will put your crew coordination and helm skills to the test. Just hoisting and setting the gennaker requires greater skill and is definitely more challenging to control when sailing alone. The gennaker is not very forgiving of sudden changes in boat direction or unsteady steering and if mistakes are made, it can potentially rock the boat quite dangerously. Steering precisely is crucial without veering too much — the risk of broaching is higher in stronger winds with a gennaker. Therefore, especially with a gennaker, remember the rule — "The time to reef is when you first think about it."

YACHTING.COM TIP: A gennaker is made of a more lightweight material than conventional sails. Therefore, we recommend you inspect and photograph it thoroughly at check-in and report any defects, patches, holes or ripped seams to the charter company. 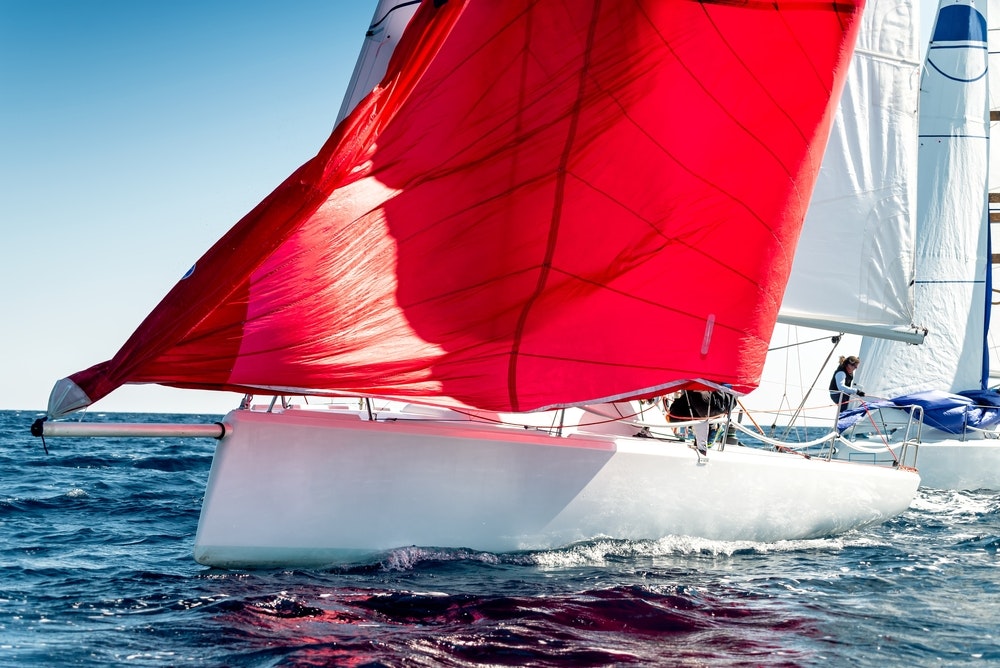 2. Smooth sailing in a tailwind

In general, it is not possible to predict the exact wind direction the gennaker will perform best in. Sails come in a variety of designs, shapes, sizes and materials. However, most gennakers work most effectively in wind directions between 60 and 170 degrees, meaning crosswinds and tailwinds. In a tailwind, a gennaker provides interesting sailing with relatively little effort (compared to a spinnaker, for example). Sailing with a gennaker on a modest tailwind is comfortable — as long as there are no waves, you can enjoy smooth sailing with the wind at your back.

A gennaker is generally better suited to lighter winds, being designed for winds of roughly 5 to 17 knots. However, there are those who won't take it down even when the wind reaches 25 knots. Of course, hoisting a gennaker in stronger winds requires experience and courage. If you decide to leave the gennaker up in too strong a wind, the boat will let you know by heeling and you'll risk broaching. 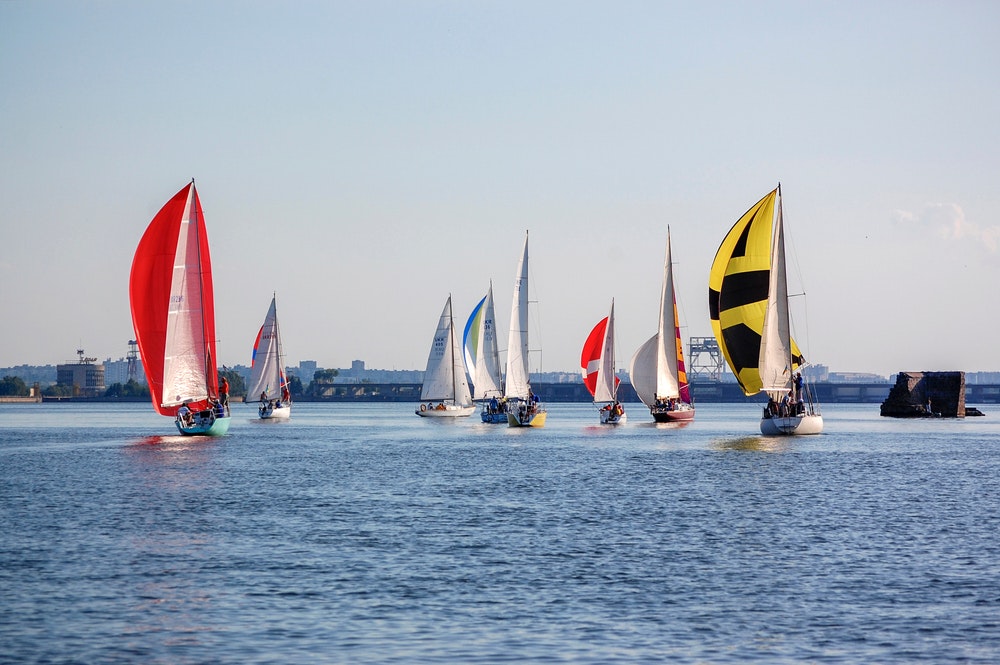 Calm sailing with a gennaker in light winds

Sailing with a gennaker hoisted is simply breathtaking. It warms the heart of all true sailors. Plus, as it is so aesthetically pleasing, fans of social media or those who simply want the best photo of their trip will love you for it. A gennaker, with its distinctive colours and patterns, is particularly photogenic. 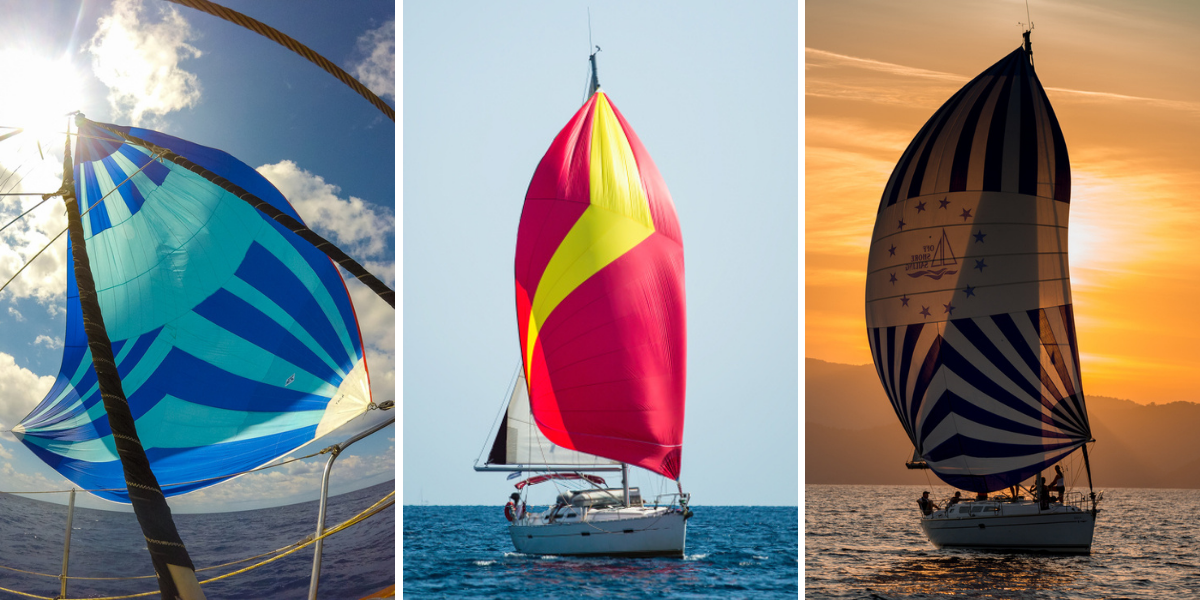 YACHTING.COM TIP: With some boats, you can get a gennaker at a significant discount or even for free. Ask our sales team and they can tell you which charter companies offer a gennaker at the best price.

5. Enjoyable and an opportunity to work together

Cruising with a gennaker is a lot of fun and will keep you engaged the whole day. However, you should be aware that sailing with a gennaker requires more work in terms of rigging and trimming. So prepare your crew for the fact you will require some assistance. Raising the gennaker and trimming it properly is difficult for one person.

Can you think of any other reason to try a gennaker? If you rent one for your next sailing adventure, you're bound to discover some more 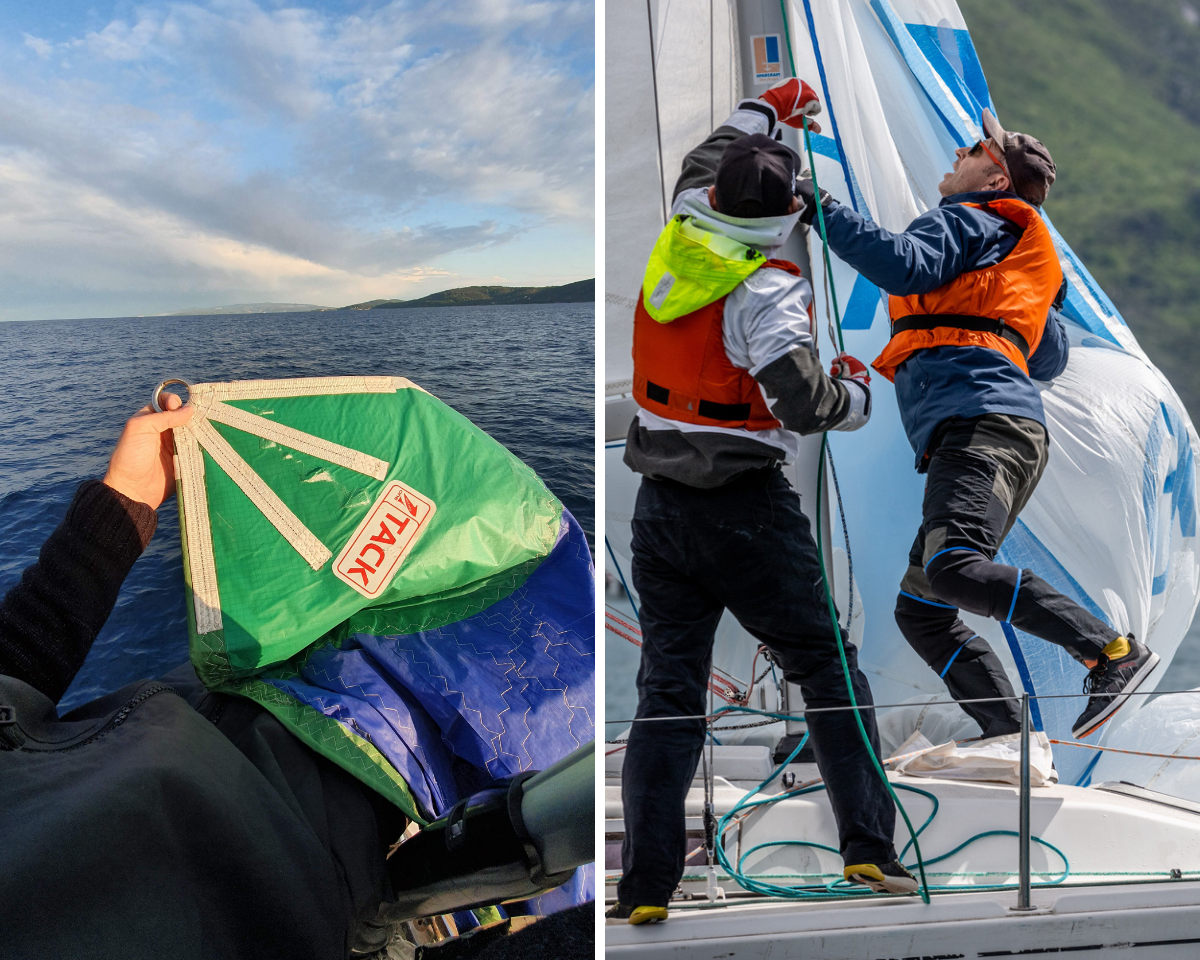 Which boats have a gennaker?

Not every boat is suited to a gennaker. Generally, the sportier the boat, the better the chances of having a gennaker, but this is not always the case. So, what boats can you order a gennaker for?

Sports boats with a gennaker

A gennaker can be found on a variety sports boats, such as the x-Yacht. Elan boats, which offer a compromise between comfort and sportiness offer a gennaker with the Elan E4 models, as well as older models such as the Elan 434 Impression. Oceanis boats, most notably the Oceanis 40.1, can also be equipped with a gennaker.

Catamarans with a gennaker

Gennakers are very common on catamarans and several popular catamaran models can be equipped with one.

This magnificent sail can also be found on less traditional catamarans such as the Dufour Catamaran 48.

Bavaria boats with a gennaker

Some may be surprised to learn that even cruisers can be equipped with a gennaker. These include the smaller Bavaria 34 Cruiser, the larger Bavaria 51 Cruiser and the Bavaria 46 Cruiser which is one of the most popular models on the market.

What about Dufour and Hanse?

Even these popular shipyards produce boats with a gennaker. The Dufour 382 Grand Large or the Dufour 412 Grand Large, for example, provide fantastic sailing. Regarding Hanse, we would highlight the Hanse 505 or the Hanse 445.

FAQ Everything you need to know about gennakers

No, there isn't. Only some boats are designed for additional sails (gennaker, spinnaker).

Occasionally charter companies offer a free gennaker as an extra. However, most of the time it is an extra that must be booked and paid for in addition to the price of the charter. Yachting.com has great relationships with charter companies so we're able to get speciality sails for the best prices.

It depends on the charter company, but usually renting a gennaker for a week is between 100–150 euros.
It all depends on the sea conditions, the experience of the crew and the way the gennaker is folded (whether in a sleeve or a bag). But in our experience, you'll need at least 2 people.

I can get you the best deals on gennakers with charter companies. Get in touch.