Beautiful white sandy beaches with coconut palms, coral reefs and atolls abundant with fish, an immaculate sea and a culture you won't find anywhere else in the world (plus some typical Cuban rum). Welcome to Cuba!

The island of Cuba lies in the Caribbean Sea and is part of the Greater Antilles archipelago. It is a unique destination with pristine seas full of marine life but a distinct lack of restaurants. Coral reefs and atolls are abundant along the beautiful coastline. The entire island of Cuba is made up of approximately four thousand islets, providing an endless opportunity to discover new and untouched natural places whilst yachting.

Why sail to Cuba?

For sailing enthusiasts - a unique sailing experience for those who love deserted places, those who want a break from civilization and don’t need to go to a restaurant every night.

For lovers of flora, fauna and tropical nature - Cuba has been called the pearl of the Caribbean for its natural beauty. Due to its isolation from the mainland, the island is home to a significant number of animals, birds and plants.

For divers - a unique destination with pristine seas, numerous fish and beautiful coastlines where coral reefs and atolls abound. Cuba is surrounded by one of the largest coral reefs in the world.

Sailing is possible in the town of Cienfuegos, which lies southeast of the capital Havana. While it is safe (outside of Havana) the yachting here is also quite unique. However, it is sometimes difficult to buy basic groceries no matter how much money you have. There are interesting sailing spots all along the southern coast of Cuba where you'll find many wild and beautiful islands. When sailing out of Cienfuegos it is mainly to Cayo Guano, Cayo Sal or Cayo Largo. Once you set sail, you can take in the magnificent natural scenery, white beaches with coconut palms, various types of coral and countless species of marine fish. Nowhere else in the Caribbean will you find such a contrast. Overall, Cuba will captivate you not only with its untamed nature, but also with its Cuban culture and authentic Caribbean rums, which are found at every turn.

The capital and largest city of Cuba is Havana, also known as La Habana and as the Paris of the Caribbean. It is home to 2.2 million inhabitants and is one of Cuba's 15 provinces. Havana is also a UNESCO World Heritage Site. It is also a transport hub for the whole of Cuba with a major port and the Jose Martí International Airport. 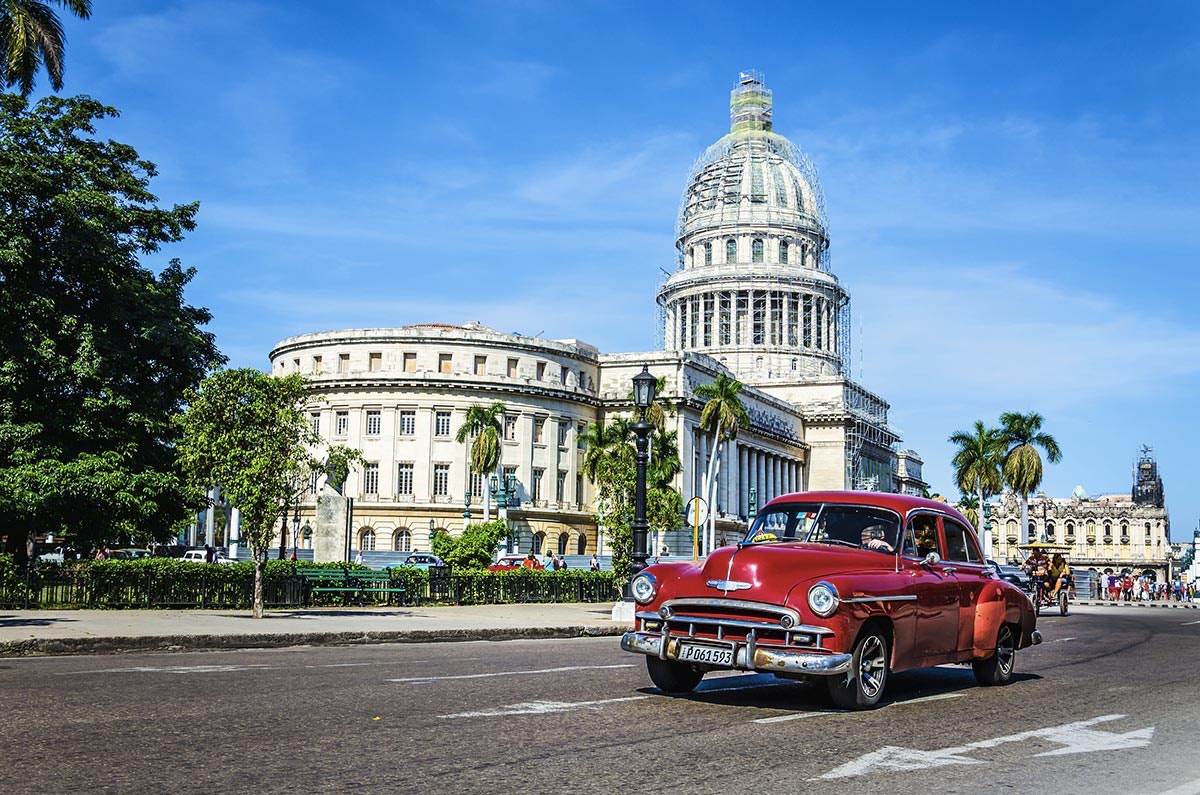 This is one of Cuba's largest resorts, located near the capital Havana in the province of Matanzas. It was originally a Spanish port, first mentioned in 1555 with the current resort being built in the 1920s to serve as a resort for the rich. Today, Varadero is a popular tourist destination with white sandy beaches and plenty of entertainment. 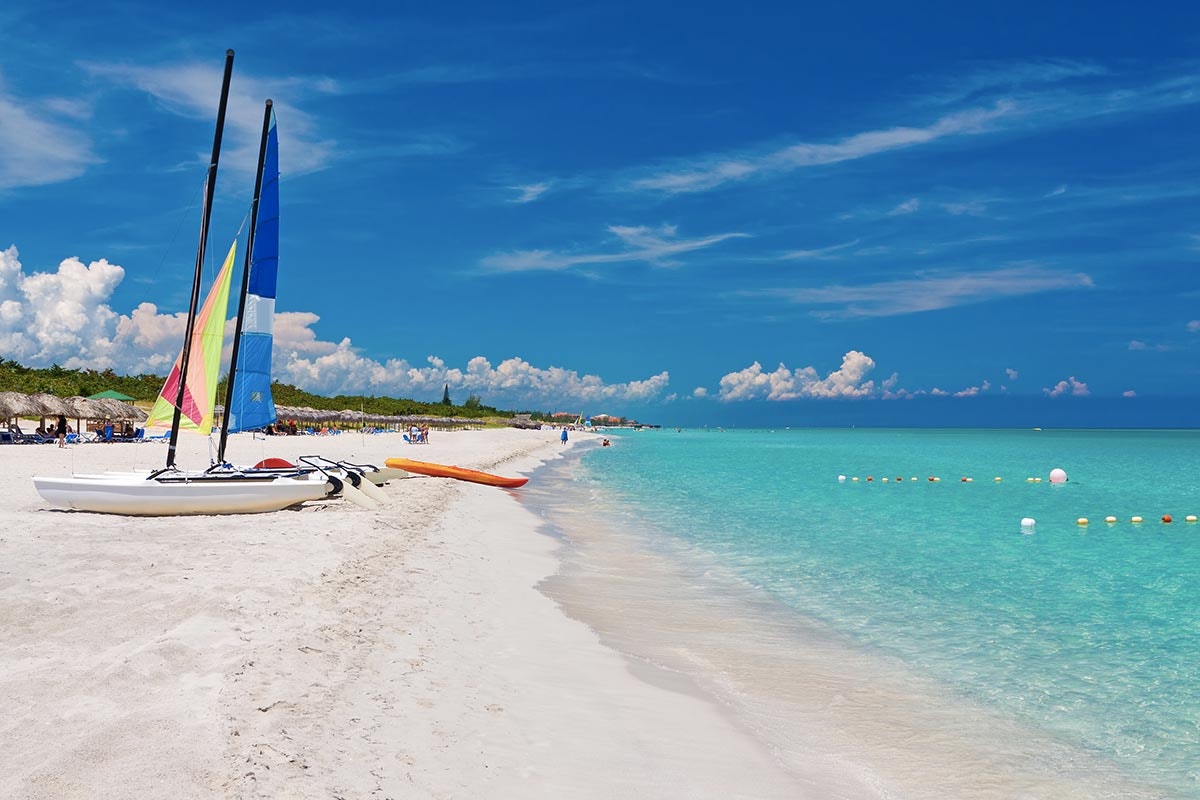 The city was founded in 1514 by the Spaniard Diego Velázquez de Cuéllar. It is therefore one of the oldest cities in Cuba. Thanks to its architecture, it was declared a UNESCO World Heritage Site in 1988. The city generated capital and wealth due to its vast sugar cane plantations and the sugar cane trade. It thus became one of the historic cities where architecture flourished. One of the most popular beaches, Playa Ancon, is located near the town. 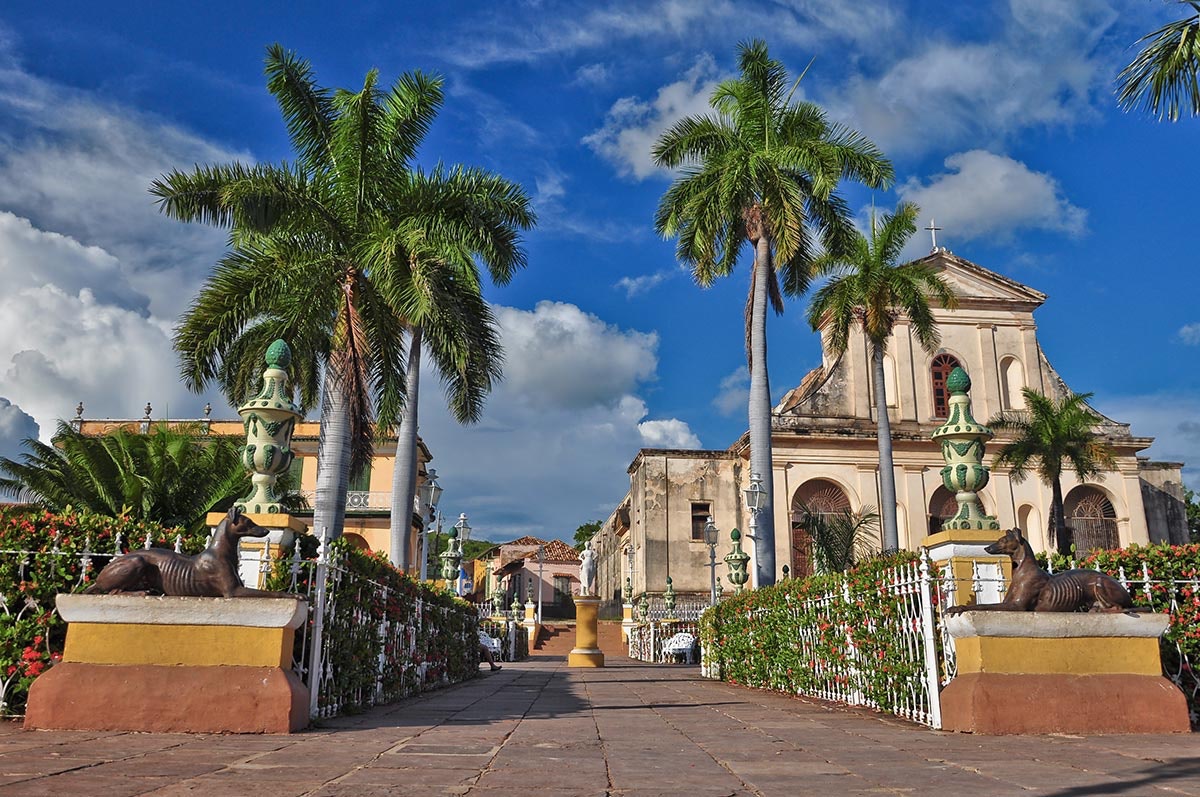 Thanks to constant temperatures of around 25° and sea temperatures of around 24°, Cuba is one of those countries you can go to at almost any time of year. During the winter months, from about November to April, the weather is usually the coolest, making this the main and best season to visit. Even though the summer months on the island are a tropical rainy season, it is becoming increasingly popular. This is because rather than endless downpours, it is mostly short heavy showers that bring relief from the relentless heat. Plus, the off-season prices are slightly better.

The island's weather is also affected by trade winds throughout the year, and there is a high risk of hurricanes from late August to early October. The Caribbean air in general is very humid - around 80%, so it is advisable to equip yourself with clothing made primarily from natural materials.

From December to May, the wind blows steadily from a northeasterly direction, and this is the best time for sailing in the Caribbean. As the winds can be very strong between the islands (5-6 BFT), this is not for novices. During the winter, high pressure systems are often found in the northeast Leeward Islands. If they strengthen, they can produce sharp easterly winds (locally known as "Christmas Winds") of 5-6 BFT (20-25 kn) sometimes up to 6-7 BFT (25-30 kn).  In summer and autumn, the winds turn to the east, become unstable, weaken to an average of 3 BFT (7-10 kn) or less, and may blow from different directions. There is a high probability of tropical storms and hurricanes.

Ask me about sailing in Cuba